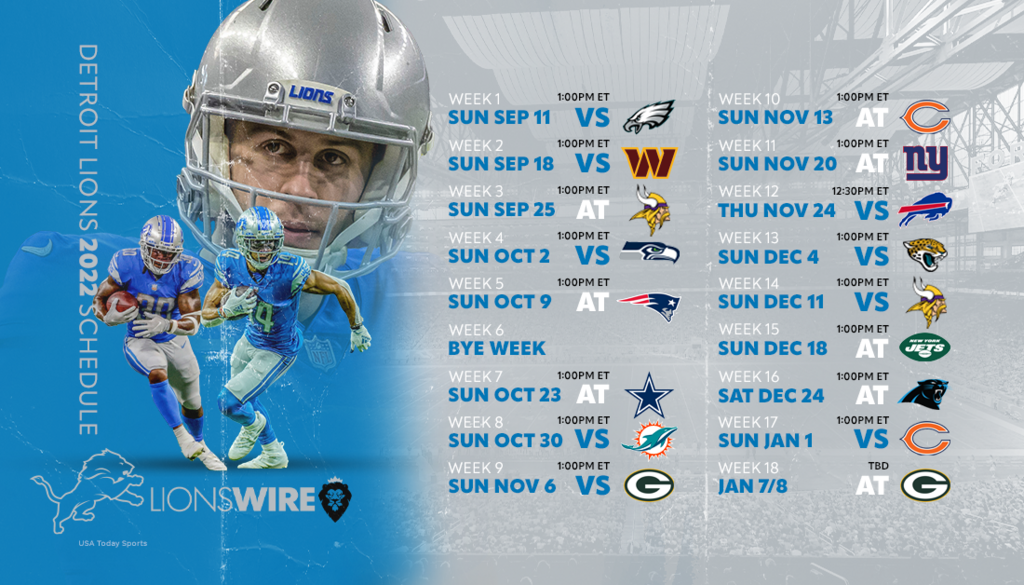 The Ravens' full 2022 schedule has officially been released

The official 17-game schedule for the Detroit Lions in 2022 was fully revealed on Thursday night in a primetime extravaganza on the NFL Network. We now know the full sequence of games for the Lions, including the bye week.

The Lions have home and road dates with each of the three NFC North opponents, as well as common games with the full NFC East and AFC East. They also have games against the last-place finishers in the AFC South, AFC West and NFC South. The team has nine home games and eight road dates.

Here is the sequence of the 2022 schedule for Dan Campbell’s Lions team.

The Ravens' full 2022 schedule has officially been released