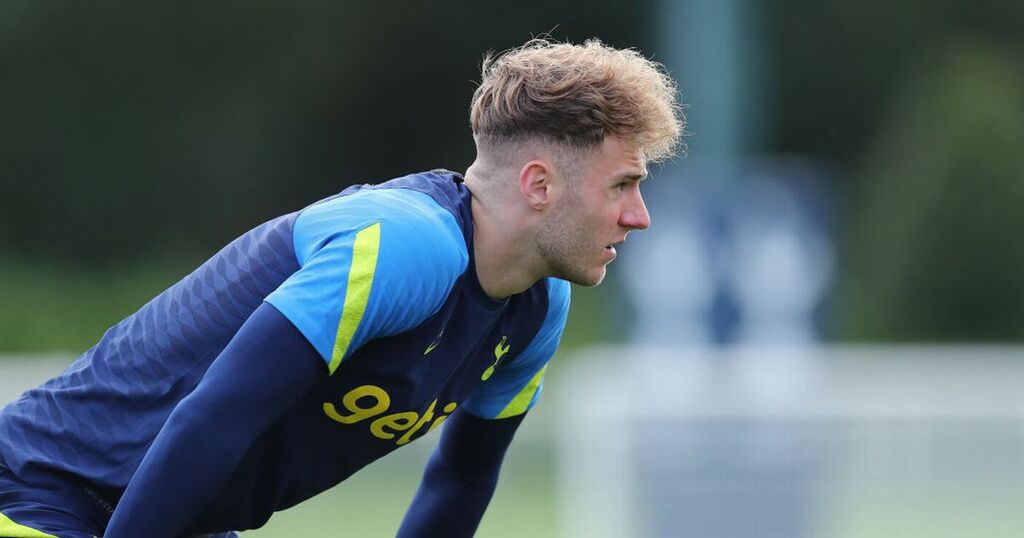 Joe Rodon's 11 months at Tottenham Hotspur have been ones of frustration and more than a touch of misfortune.

The 23-year-old was signed from Swansea last October in the extra domestic transfer window.

His arrival came after the club missed out in the main international window on the signing of Milan Skriniar from Inter Milan, Spurs not upping their £32m valuation of the Slovakian to the £45m the Italian club wanted.

The problem for Rodon, represented by the same Stellar Sports agency as Gareth Bale, is that he has always been considered to be second choice since arriving, despite his performances at times suggesting otherwise.

He was brought into the club with the promise of being one for the future and Jose Mourinho made it very clear that the difference between signing a player from the Championship to bringing in one with experience of top level football was stark.

In Rodon's defence, whenever he did get the chance in the Premier League he showed clearly that he can play more than capably at that level.

His first Premier League start, against Chelsea, demonstrated that for much of it, although one late miss-hit back pass betrayed his inexperience.

What counted against him was that the Welshman arrived after the Europa League squad registration deadline had passed and when it reopened for the knockout stages, Mourinho felt it was unfair to remove anyone who had taken them to that stage.

The Portuguese admitted that the European competition would have been the perfect stage for Rodon to develop in the Tottenham backline and the centre-back was also cup-tied in the Carabao Cup after an appearance for Swansea early in the competition.

Instead the Welshman got his chances when others were injured in the Premier League, mostly playing second fiddle to Eric Dier, Toby Alderweireld and Davinson Sanchez.

When Mourinho switched to a back three towards the end of his tenure it gave Rodon more chances, with the Spurs head coach feeling he was better protected.

Then just as he was getting a run in the side and was Spurs' best defender during the final weeks of the Portuguese's reign, Mourinho was gone and his caretaker replacement Ryan Mason went with experience.

Rodon was cup-tied for the Carabao Cup final and Mason decided he wanted to get Dier and Alderweireld together for the Southampton match ahead of it and the duo remained together for the remainder of the campaign.

At the end of Rodon's first season, he was frustrated at his lack of game time overall, particularly in a defence that had often struggled with those experienced heads.

He would later praise the way Mourinho had handled him during his first season at the club but the frustration at his limited game time and progression was there.

His release was international duty and particularly the Euros. Rodon went to the summer tournament and drew praise for the bulk of his performances as Wales reached the last 16.

Things had changed back at Tottenham with the arrival of Nuno Espirito Santo as head coach, someone new for the young Welshman to impress.

However, fate had other ideas. The Euros meant Rodon returned back later than most to pre-season training and when he did come back he found a Spurs squad with the Serie A Defender of the Year Cristian Romero having replaced the departed Alderweireld and, even worse, the Welshman suffered a thigh injury just as the season was beginning.

It robbed him of the chance once again to play in two early European play-off matches that would have helped his case with the new boss.

As he reached the end of his recovery last month a deal was done with the Wales management team for him to be available for the last of their three World Cup qualifying matches.

However, even that backfired for the unfortunate young defender.

With Sanchez and Romero both stuck in Croatia after playing for Colombia and Argentina respectively in red-listed countries and unable to return to the UK, a week spent training with Espirito Santo and the defence could have helped his chances of starting the match at Crystal Palace.

Game time with Wales would have also helped but instead he got neither as he went away with Wales and was not used for a single minute in their final disappointing match against Estonia.

Espirito Santo instead moved Japhet Tanganga inside from right-back and paired him with Dier for the match at Palace.

There was another twist in the story though as Dier suffered a dead leg just 12 minutes into the match at Selhurst Park and Rodon was thrust into the action.

For a player without any competitive minutes to his name in more than 11 weeks, the Welshman acquitted himself well on the whole in a defence that began the game solidly but was pulled apart in the second half by a red card for Tanganga and then a penalty against Ben Davies.

Rodon will likely get another chance in Rennes in the Europa Conference League with Sanchez and Romero still out of action.

He can use the stage for yet another audition in front of his third Tottenham manager in the space of just 11 months.

The young defender will likely know that with the return of the more experienced duo from Croatia the day before the weekend's Premier League derby against Chelsea that it would take something special to stake his claim.

For Rodon, it's a familiar position but with plenty of European and cup football in the weeks ahead he will be hoping to finally have the time to impress and become more than just a back-up.