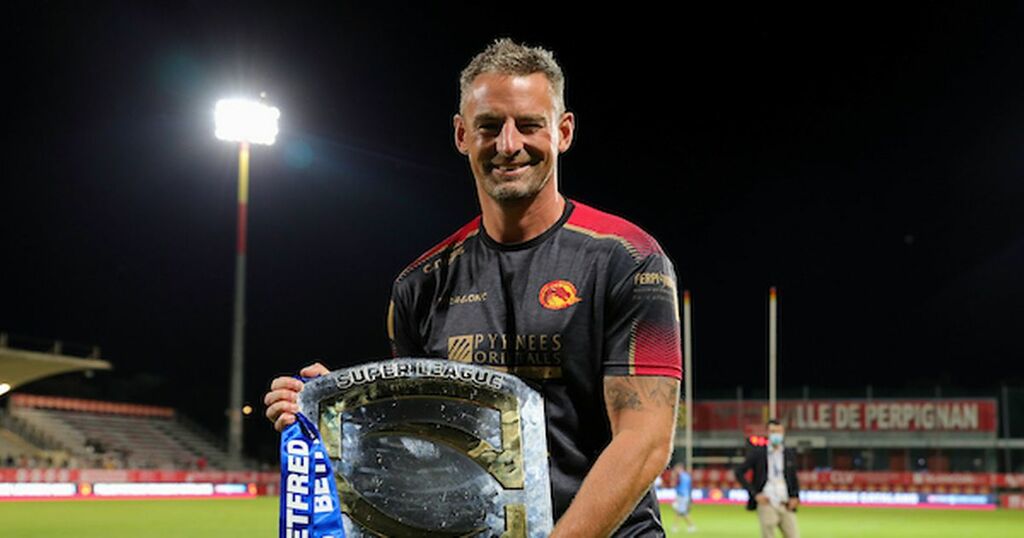 Catalans Dragons’ head of performance Richard Hunwicks sees similarities between the Super League Grand Finalists and the all-conquering Leeds Rhinos side he worked with a decade ago.

Hunwicks was a key part of Brian McDermott’s backroom staff when Leeds Rhinos won back-to-back Super League titles in 2011 and 2012.

Following England’s World Cup final defeat to Australia in 2017, Hunwicks shook hands with Bennett, said his farewells and flew to France to join Steve McNamara at Catalans for what he calls a crusade.

Recalling the two title successes he enjoyed at Leeds, Hunwicks told Rugby League Live: “What we have here at Catalans now has a lot of similarities with that particular time at Leeds Rhinos because we also have a number of players with big-game experience.

“And they have been together, generally, for a significant period.

“The French cohort of players have all been here since I joined, so that’s four years working consistently together.

“The quality we have added to the squad has only helped and that’s the biggest thing.

“The training intensity we have is good, the skill and the coaching information the guys are given is excellent, but they know what expected of them as did the likes of Rob Burrow, Kevin Sinfield, Danny McGuire and Jamie Peacock at Leeds Rhinos.

“They know what is expected and that would be very similar with Joel and Sam Tomkins, Micky McIlorum and Jimmy Maloney.

“There is a lot of parity there and there is a calmness around our group.

“The players seem to be enjoying themselves because I think they realise how lucky we are to be in this situation.

“But we also feel we have earned the right to be here, so there is a relaxed feel about us.

“At Leeds the group was internally excited but calm externally and prepared to give it their best shot at the end of the week, which is all we can do this weekend.”

Hunwicks also hailed Man of Steel Sam Tomkins as “the ultimate professional” and the perfect role model for the club’s rising French stars to follow.

“He’s the ultimate professional in his conversation and dialogue with the coaching staff.

“Sam’s the first person to say thank you to all the staff at the end of a game – win, lose or draw.

“He’s a family man now and has forged a maturity over time which has put him in a position to win the Man of Steel award for the second time in his career.

“His professionalism aside, Sam’s performances this season have been outstanding, hence why he has been recognised with the Man of Steel.”