Farmers' protests are much more than farm laws now 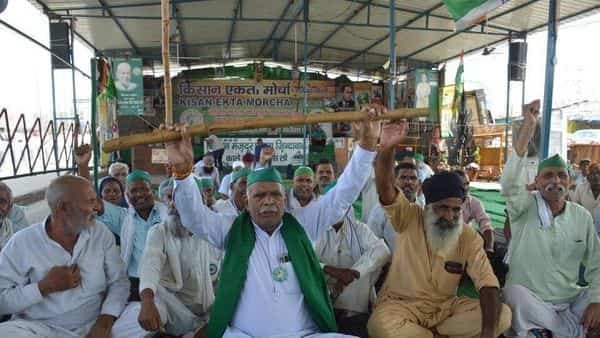 The death of farmers participating in the farmers’ protest in Lakhimpur Khiri, Uttar Pradesh, is turning into a political slugfest. Four farmers on a peaceful protest march were mowed down from behind by a vehicle of miscreants without provocation. Attempts to prevent the politicization of the event led to a clampdown on political parties and leaders trying to access the site. While the blame for the turn of events must rest with the Bharatiya Janata Party (BJP) government of UP, it has brought the farmers’ protest back into focus.

The present agitation in Lakhimpur is part of a mobilization by a united front of several farmer groups that has lasted for 10 months. What has surprised many is the longevity of it. More so because the 2020 farm laws they oppose are technically under a Supreme Court stay and there has been no push by the government to implement them, or even to have the stay vacated. In the interim, the government has invoked the Essentials Commodity Act twice, violating its own commitments outlined in the three farm laws. Clearly, the farmer protest today has less to do with a demand for the laws’ withdrawal than broader concerns on issues related to the sustainability of farming and farm livelihoods. In that sense, it has emerged as a larger protest.

It is important to reiterate that the push-back started after the three farm laws were forced through Parliament without consultation with the sector’s stakeholders. But farmer protests have been going on for the last five years in various parts of the country. A mobilization in Maharashtra witnessed two long marches. Similar demonstrations were witnessed in Karnataka, Chhattisgarh, Rajasthan and several other states. In Madhya Pradesh, farmers in 2017 were fired upon, resulting in death of seven farmers. The causes of these protests were different but had a common theme. The common anxiety is the declining profitability of farming, driven by rising input costs, weak farm-gate prices and the withdrawal or dilution of protections available from the state. The fact that these are neither isolated nor imaginary is evident in the Situation Assessment Survey of Agricultural Households by the National Statistical Office for 2018-19. Not only has Indian income from farming alone declined in real terms between 2012-13 and 2018-19, it has pushed a significant majority from being farmers to wage workers, with casual-wage income increasing its share of overall earnings by farmers. With jobs drying up in non-agricultural sectors, the number of workers in the farm sector has swelled, resulting in decline in per- worker income. With rural wages also falling in real terms over the past three years, farmers’ hardship have worsened.

What appears to have angered farmers are attempts to malign and vilify their protest. This was visible in the early months, when their movement was sought to be linked with foreign elements. This has continued, while efforts to negotiate with farmers have been desultory. Even the report of the Supreme Court-appointed committee has not been shared publicly, with no further attempts from the judiciary.

Apathy by the government is also widely seen as deliberate, given the nature of policy changes that seek to strengthen the hands of private corporate operators interested in entering India’s large agri-commodity market. Protesters over the months have articulated their opposition to corporate entrants. The absence of consultation with farmers and vilification of farmer unions has led to a widening trust deficit between farmers and policymakers. Such a situation may not be conducive to allowing and facilitating greater market penetration and participation by private players. Instead, it is likely to contribute to farmer resistance to all reforms in the agricultural sector proposed by the government.

Such a trust deficit at a time when the agricultural sector is undergoing sharp transformations is unlikely to help forge a consensus for structural changes in the farm sector. Growing distrust of the private sector in the face of rising inequality may also pose hurdles for further reforms in other sectors.

Since farmers along with other people dependent on agriculture still account for almost two-thirds of the country, a prolonged protest could also turn into social and political unrest. More so given the large pool of unemployed youth in rural areas who only have a slim chance of getting absorbed meaningfully by an economy suffering from a slowdown and pandemic-induced economic distress. In times of such a multi-dimensional crisis, a confrontational attitude taken by governments towards farm-protesters will only strengthen their movement.