The fall of Afghanistan, the fallout in West Asia 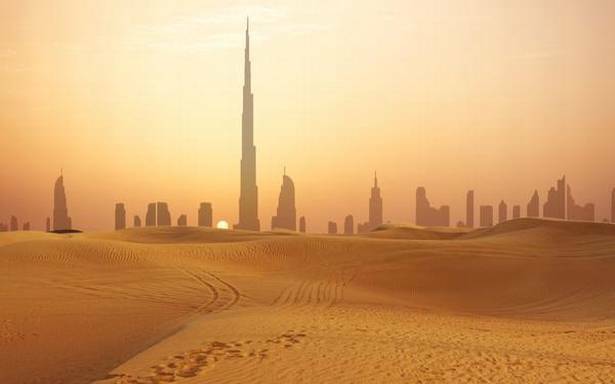 On September 7, three weeks after they walked into Kabul without any resistance, the Taliban announced an interim Council of Ministers. This government-formation was tightly controlled by Pakistan: the head of its Inter-Services Intelligence (ISI), Lieutenant General Faiz Hameed, had made a high-profile descent on Kabul a few days earlier to signal the success of Pakistan’s 20-year project to install the Taliban in power and, more immediately, to ensure that the incoming government would safeguard its interests.

The chord with Pakistan

Pakistan appears to have got its way. Afghanistan’s acting Prime Minister is Mullah Hassan Akhund, close associate of former Taliban founder Mullah Omar. But this could be a short-term appointment as he has not shone in Taliban ranks either as warrior or administrator. Abdul Ghani Baradar is his deputy, but again, this could be a token position. Baradar had been arrested in 2010 by the Pakistanis for pursuing a dialogue with the Hamid Karzai government without Pakistani sanction and jailed for eight years.

The invasion of Afghanistan was a fraud: John Pilger

Pakistan’s true protégés are Sirajuddin Haqqani, the acting interior minister, and Mohammed Yaqoob, the acting defence minister, a son of Mullah Omar, who is also close to Haqqani. Both have long-standing ties with Pakistan and should be the real wielders of power in Kabul.

While Pakistan is playing the lead public role in Afghan affairs, the country’s West Asian/Gulf neighbours will be a significant influence in shaping the future of that beleaguered country.

Saudi Arabia, Qatar and Iran have been direct role-players in Afghan affairs for over 25 years. In the 1990s, the first two were supporters and sources of funding for the Taliban, while Iran was an antagonist, backing the Northern Alliance against the emirate in Kandahar. After the 9/11 attacks, all three countries became deeply involved with the Taliban. From 2005, the Gulf sheikhdoms have contributed millions of dollars to different Taliban leaders and factions. Iran began a substantial engagement with various Taliban leaders from 2007 and provided funding, weapons, training and refuge, when required. It wanted the Taliban to maintain pressure on the U.S. forces to ensure their speedy departure from the country.

In the 2010s, when the U.S. began to engage with Iran on the nuclear issue, Saudi Arabia became more directly involved in Afghan matters to prevent Iran’s expanding influence among Taliban groups. Thus, besides Syria and Yemen, Iran and Saudi Arabia have also made Afghanistan an arena for their regional competitions.

In 2012, Qatar, on U.S. request, allowed the Taliban to open an office in Doha as a venue for their dialogue with the Americans. This has made Qatar an influential player in Afghan affairs, with deep personal ties with several leaders, many of whom keep their families in Doha.

The low-key reactions of the Gulf countries to recent developments in Kabul reflect the uncertainties relating to the Taliban in power, i.e., their ability to remain united, their policies relating to human rights, and, above all, whether the Taliban will again make their country a sanctuary for extremist groups. The country already has several thousand foreign fighters, whose ranks could swell with extremists coming in from Iraq and Syria, and threaten the security of all neighbouring states.

Do not surrender the peace in Afghanistan

Three sets of regional players are active in Afghanistan today: one, the Pakistan-Saudi coalition, which has been the principal source of support for the Taliban-at-war. They would like to remain influential in the new order, but neither would like to see the Taliban revert to their practices of the 1990s that had justifiably appalled the global community.

Two, Turkey and Qatar represent the region’s Islamist coalition and, thus, share an ideological kinship with the Taliban. Both would like to see a moderate and inclusive administration, but Turkey is seen as a political and doctrinal antagonist by Saudi Arabia, while Qatar remains a rival for the kingdom as it backs political Islam and improved ties with Iran. The inter-play of these rivalries will resonate in Afghanistan.

The third player is Iran: while many of its hardliners are overjoyed at the U.S. “defeat”, more reflective observers recall the earlier Taliban emirate which was viscerally hostile to Shias and Iran. Iran also sees itself as the guardian of the Tajik, Uzbek and Hazara minorities in the country. This consideration, as also its suspicions of Wahhabi influence in the country, led its spokesman, on September 6, to “strongly condemn” Pakistani participation in the Taliban attacks on the resistance fighters, largely Tajik and Uzbek, in the Panjshir valley.

The outlook for security

Besides the challenges that individual countries are grappling with, in West Asia there is the larger issue of regional security after the U.S. withdrawal. The region now has two options: one, an Israel-centric security order in which the Arab Gulf states would link themselves with Israel to confront Iran.

This is being actively promoted by Israeli hawks since it would tie Israel with neighbouring Arab states without having to concede anything to meet Palestinian aspirations. The weakness of this arrangement is that while the regimes of some Gulf states could be attracted to it, their populations are likely to be opposed. The proposal will also ensure that West Asia remains confrontational and unstable.

U.S. not in a rush to recognise Taliban government: White House

The other option is more ambitious: a comprehensive regional security arrangement. The facilitators and guarantors of this security arrangement are likely to be China and Russia: over the last few years, both have built close relations with the major states of the region. i.e., Iran, Saudi Arabia, Turkey, Afghanistan and Pakistan.

Recent developments suggest that this need not be a far-fetched proposition any more: one, in January, the Gulf Cooperation Council (GCC) states led by Saudi Arabia lifted the over three year blockade of Qatar; two, since April, there have been three rounds of discussions between Iran and Saudi Arabia and plans are in place for the next meetings; and, three, Turkey has initiated diplomatic overtures towards Egypt and Saudi Arabia. None of these initiatives involves the Americans.

Other significant events have also taken place recently. On August 24, Saudi Arabia’s Deputy Minister of Defence, Khalid bin Salman, the younger brother of the Crown Prince, signed a military cooperation agreement with Russia, in Moscow. This is an obvious case of “strategic hedging” as the U.S. has placed restrictions on defence supplies to the kingdom. Besides this, there were the two conferences in Baghdad — one set up a coalition of Iraq, Jordan and Egypt for economic cooperation, while the other, on August 28, brought together the principal regional states to confront shared challenges — all these interactions have taken place without U.S. presence.

These developments suggest that the germ of a new regional security order in West Asia is already sown in fertile ground.

Talmiz Ahmad is the former Indian Ambassador to Saudi Arabia, Oman and the United Arab Emirates, and holds the Ram Sathe Chair for International Studies at Symbiosis International University, Pune