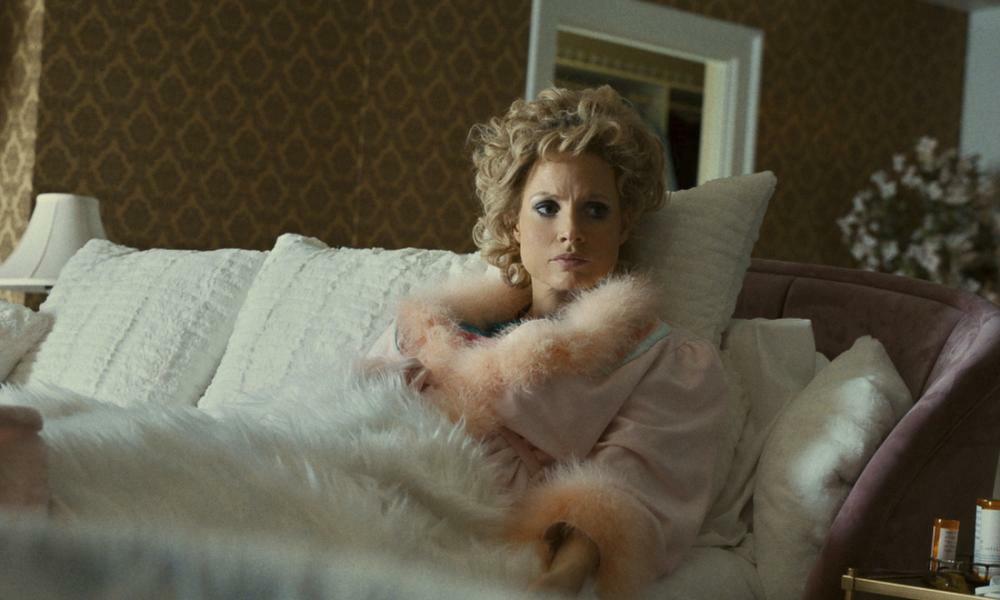 Back in 2011, the sudden ubiquity of Jessica Chastain – from small-screen blink-and-misses to big-screen “oh her again” hits – meant that doors that had previously been closed were now opening, a relative embarrassment of riches for an actor breaking out in her 30s. While her three roles that year were all playing “the wife”, they still showed a promising versatility (an Oscar-nominated comedy wife in The Help, a thriller wife in Take Shelter and a Terrence Malick wife in The Tree of Life, the most challenging of all the wives) and thus, Chastain was thrust to the upper echelons of casting wishlists.

The following year edged her even higher with another Oscar nomination (for Zero Dark Thirty) and over the next decade, Chastain confidently tried her hand at everything from schlock horror (Mama, It, Crimson Peak), earnest Oscar bait (The Zookeeper’s Wife, Molly’s Game, Miss Sloane), “elevated” multiplex fare (Interstellar, The Martian) and distinctly not elevated multiplex fare (The Huntsman: Winter’s War, X-Men: Dark Phoenix, Ava). There was something impressive about her jack-of-all-trades strategy but something less impressive about the work itself, never bad exactly but mostly lacking, a string of miscasts fogging our memory of her banner breakout year. Chastain, like Ryan Gosling, Charlize Theron and Brad Pitt before her, often feels like a character actor trapped in the body of an A-list lead, a freak flag waiting to be flown.

That criminally untapped eccentricity comes rushing to the surface with the patchy biopic The Eyes of Tammy Faye, the story of “the Ken and Barbie of televangelists”, who rose to fame in the late 60s before sinking in disgrace in the 80s. Chastain is Tammy Faye, who moved away from a strict religious family to a marriage that took a more progressive view of Christianity, from God-fearing to God-loving. Her new husband, Jim Bakker (Andrew Garfield), introduced her to an exciting world of ambition and industry, monetising their faith as part of a growing new trend of preaching to the masses via the small screen. Tammy Faye’s austere mother (Cherry Jones) believed “there’s a limit to God’s love” but they disagreed and their sky’s-the-limit worldview took them to the top before scandal dragged them down.

In the film, Jim is a familiar assemblage of red flags that Tammy Faye optimistically justifies and one of its smartest touches is only ever showing us the crumble of their world through her eyes (she’s in virtually every scene). But it’s one of the only interesting ideas that the Big Sick director, Michael Showalter, and Nurse Jackie writer Abe Sylvia have, the majority of the film plodding along like a by-the-numbers biopic, complete with lazy headline montages. Showalter is never sure whether to fully lean into the inherent campness of Tammy Faye and so the film is often too restrained, too polite, when telling the story of someone so rooted in excess. It’s a relief it doesn’t err too much on the other extreme (this isn’t an exercise in fun-poking punching down like, say, I, Tonya) but it’s still a little too lacking in personality, despite how much of it the protagonist exudes.

Chastain has no such trouble modulating the gaudy with the grounded, fully committing to the outsized, extravagantly made-up ham of Tammy Faye while realising her genuine, well-intentioned earnestness (she tried to introduce liberalism, including an acceptance of queerness, into a world of bigotry). It’s a big, full-throated performance, a gamble that will probably prove divisive, and it’s easy to bristle at something so drastically transformative given how many actors have attempted similar fueled by thirst for an Oscar. But Chastain sells it as something more soulful than calculated mimicry, unravelling layers that Sylvia’s script doesn’t always provide her with. There’s a less convincing turn from a miscast Garfield, who never really settles comfortably into the role, made that much more glaring by Chastain’s fine work.

The specifics of the Bakkers’ downfall, viewed from afar by Tammy Faye, involve fraud and the misuse of funds, something the film never really challenges her on. Jim was the clear architect but she was an increasingly involved accessory, happily living a luxurious materialistic life, and the film is a little too obsessed with lionising her to probe such murk. It makes some of the final-act downfall feel a bit simplified, a bigger, more complicated picture swapped out.

After the formulaic fall-from-grace montage, we jump to the mid-90s as Tammy Faye sifts through the remaining pieces of her shattered life. It’s a moving, more meditative stretch that sees Chastain doing some of her best work, as Tammy Faye’s more affected tics fall away and the damage underneath become more visible. She sells it to the very end, consistently rising above what she’s been given and who she’s working alongside with such vigor that the prospect of her focusing on knottier, stranger characters in the future is one we should all be curious about. The Eyes of Tammy Faye’s focus might be all over the place, but our eyes remain trained directly on Chastain.