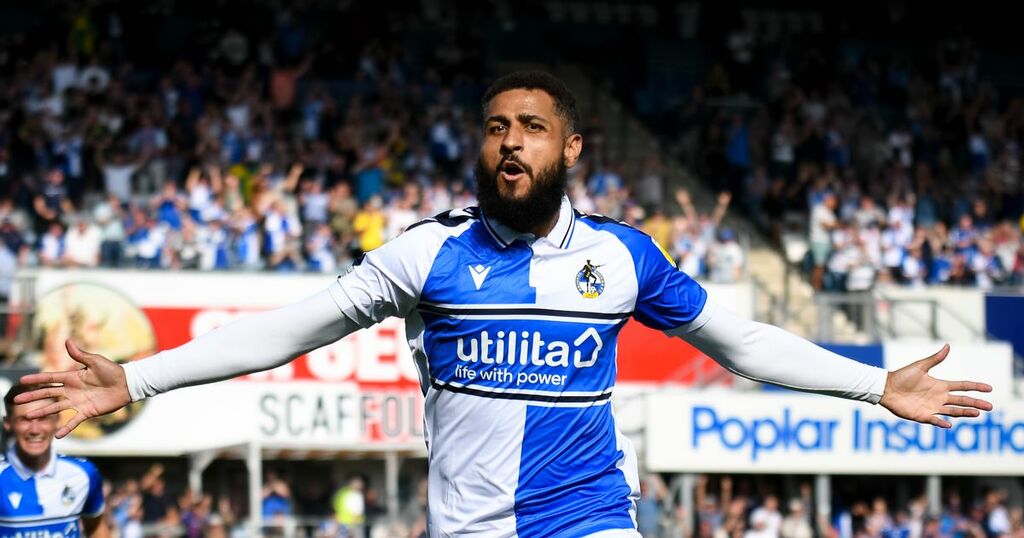 Bristol Rovers hope to end their miserable run on the road on Saturday, but they will have to do it without a key player.

The Gas are without an away win in any competition since December, and if they are to put that miserable record to bed they will have to do it without Sam Nicholson.

The Scotsman will miss the trip to Hartlepool United on Saturday due to a shin injury, forcing a reshuffle to a Rovers attack which has picked up successive wins.

However, Joey Barton will likely have Leon Clarke to call on from the start after the striker scored the match-winning goal in his debut against Crawley Town last time out.

Here is how Rovers are expected to line up in the North East on Saturday...

What starting XI would you pick? Let us know in the comments section below...

Anssi Jaakkola has received an injection in hope of healing his problem Achilles, but he is not in contention for Saturday’s trip to Hartlepool.

Instead, it will be James Belshaw between the posts for the Gas and he will be eager to strengthen his case for the number-one job full-time.

Jed Ward will provide cover from the bench

Barton has a habit for rewarding players who have served him well in recent games, meaning it is very likely Alfie Kilgour, Connor Taylor and Cian Harries are well placed to keep their spots in the XI, provided the latter has overcome the illness which cost him some training time early in the week.

Barton is unlikely to make changes at wing-back either, with the speed of Harry Anderson and Harvey Saunders giving Rovers an extra dimension in attack.

Mark Hughes and Nick Anderton will likely have to settle for places on the bench, likewise Alex Rodman and Junior Brown with the latter unlikely to be dropped into the XI cold having not played since his arrival on deadline day.

Trevor Clarke is a few days from a return to action after a pubic bone injury.

The theme of experienced players being kept out of the team could continue in central midfield, with club captain Paul Coutts likely to be beaten out by Josh Grant, who will partner Sam Finley - who is in line to wear the armband again.

Coutts should make the bench, with Cameron Hargreaves and Zain Westbrooke other alternative options.

The game will come too soon for Glenn Whelan, who is building his fitness reserves at The Quarters.

Antony Evans enjoyed a decent debut which was capped by the game-winning assist, and the Scouser will continue in one of the dual attacking midfield roles.

In the absence of Nicholson, he could be partnered by Aaron Collins, who struggled as a number nine last time out but will thrive in a slightly deeper position.

The attacking figurehead is likely to be Leon Clarke, who made the desired impact as a substitute on debut and he should be rewarded with a first start.

Brett Pitman will offer scoring potential from the bench, while it remains to be seen if Luke Thomas has completed the fitness objectives set by the manager.

Sion Spence and Ryan Jones will be in the travelling party.