The era of aliyah is not over 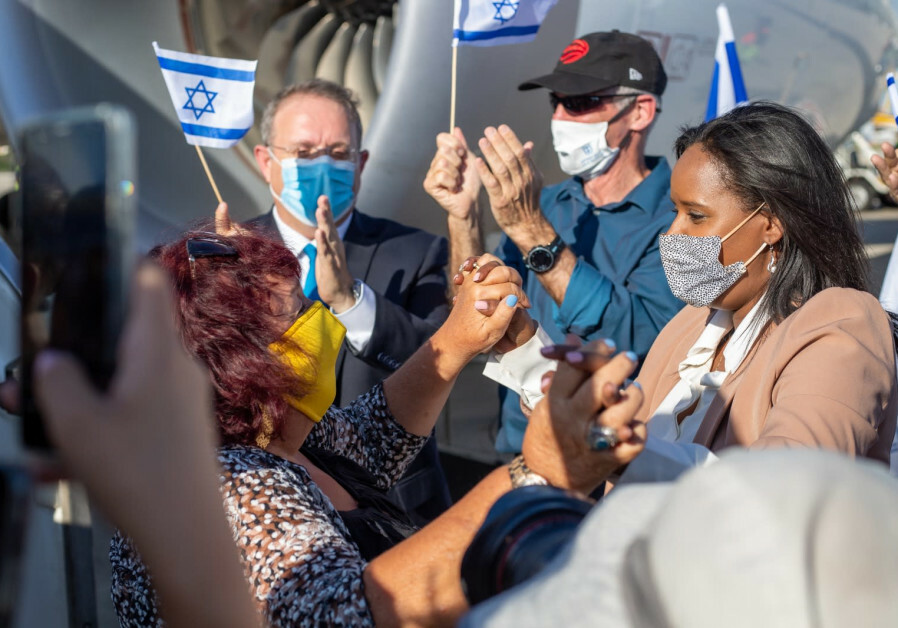 “This too shall pass” is a well known quote made popular several years ago. The quote highlights a message that we all live, showing us how fluid life can be and how what we once thought was common or taken for granted may not be anymore.

Nothing is eternal. The world is constantly evolving and changing to fit the ever-changing pace of the new and updated reality. We can see that in the development of music for example – the changes and developments made since the tape recorder, record player and CD players, compared to what we have today. This too shall pass like so many before it. Out with the old and in with the new.

Recently, these claims of “this too shall pass” have also permeated values that have been taken for granted throughout Jewish history, such as the importance of aliyah to the Land of Israel.

“The time for that has passed too,” we are told. “Aliyah is an old-fashioned value. It worked for the 1920s and 1930s, but today Jews can live anywhere in the world and that’s perfectly fine. Aliyah is not necessary.”

Truthfully, not everything passes. There are values that are engraved on the heart of the nation, and if they are removed, the heart itself will stop beating as well.

The Jewish nation’s longing for life in the Land of Israel is an eternal value. From the day our forefather Abraham heard the call “Lech Lecha,” Jews turned their gaze to Israel and dreamed of living in it. After being exiled, we dreamed of returning to it.

Aliyah, that arduous journey from one’s temporary home in exile to the homeland of Israel, has taken on various forms over the years. In ancient times Jews rode camels and donkeys, later by ships crossing the seas, and today by plane. But the goal was always the same: to make aliyah to Israel and to make it the paradise it deserves to be.

The leaders of Zionism deeply understood this point and saw aliyah as the cornerstone of the national revival of the Jewish people. Jabotinsky saw the Jewish presence in foreign lands as the secret of “the history of all murderous riots”; other leaders devoted all their energy to clearing the way to Israel, thwarting obstacles from it, igniting the fire of aliyah in Jews’ hearts and turning the gaze to the only place that Jews have complete faith in: Israel, our home.

“Who despises the day of the little ones? The contempt is for the jokers that despise the small days,” national poet Hayim Nahman Bialik exclaimed back in 1894, paraphrasing a verse from Zechariah 4:10. “Let your people flee and create tools until we hear God’s name resonating on the mountaintops and have our salvation. Make aliyah.”

For years now I have accompanied new olim in the complex and miraculous process of arriving in Israel. We, the veteran Israelis, have an extremely important role to play in helping olim really feel at home here. Whether it is immigrants from Ethiopia or France, Russia or Iraq, the United States or Iran – the difficulty of building a new life in a foreign place is enormous. They need our help, and it is our duty to provide that.

An interesting phenomenon I have noticed over the years is that it’s not only the new olim that need the help of the native Israelis. The native Israelis also need the help of the new olim – and maybe even more than the newcomers need their native counterparts. The newness these olim possess and the fresh perspective in which they look at Israel can also clear up our viewpoint a bit, which may have gotten blurry due to habit and routine.

The excitement that grips the olim the first time they visit the Western Wall is one of the most contagious feelings I have ever experienced. Their excitement tends to spill over to those who have been to the Western Wall even dozens of times in their lives. The joy with which new immigrants roll Hebrew words on their tongues – even ordinary words like “hello”, “I”, “road” or “book,” can remind us all how beautiful this ancient language is even to those who have always spoken it.

ALIYAH DAY begins on Tuesday night. This day can be similar to many of the other days that received a special “day” in the national calendar, a day when hollow statements will be heard about the importance of aliyah – but nothing will be done.

However, it can also be a day when we, the veteran citizens of Israel, will shift our usual existence. We will commit to helping the new olim, everyone in accordance with their capabilities and environments. We will also try to get help from them by adopting the positive outlook they have toward Israel, their new home, and become more “new” to our comfort zone and home as well.

The miracle of aliyah is as relevant and important today as it was a hundred years ago and as it was a thousand years ago. Those that claim that the time of contact between the Jews and their country has passed should be despised. Aliyah must be placed at the top of the nation’s priorities.

Not because antisemitism makes life difficult for Jews around the world, not because milkshakes in Israel are cheaper and not because the weather here is comfortable. Here, and only here, is home. We are calling out to all our brothers and sisters all over the world: the State of Israel is waiting for you today, just like it always has been waiting.

Our desire for you to join us here did not pass, and will not pass. Join us! Make aliyah!

The writer is chairman of the World Zionist Organization, elected in the 38th Zionist Congress in October 2020, after having previously served as vice chairman. He has been acting chairman of the Executive of The Jewish Agency since July 2021.

Yaakov Hagoel will present at The Jerusalem Post Annual Conference. To watch live on October 12 (or see the recording anytime thereafter), click here.