Gandhi once reckoned that to lose patience is to lose the battle — but he probably didn’t have to hold tackle bags for weeks on end on a rugby tour in the southern hemisphere.

OK, the great man had a few other challenges to deal with. Fair play.

But, still, it’s not been an easy gig for those Wales tourists in South Africa this summer who haven’t played a single minute on the trip so far.

Read more: Wales being forced into selection changes and a new captain as Pivac counts the cost

All would have done their bit in training. But opportunities haven’t opened up for them in the opening two Tests.

What are their chances of featuring in the series decider against the Springboks in Cape Town this weekend?

It is easy to forget how much of an impact Basham made for Wales last autumn, winning the official man-of-the-match award against Australia and acclaimed as Wales’ top player against New Zealand.

He was to the fore against Ireland in the Six Nations, too. Wales may have been well-beaten in Dublin but Basham played so well there was a case for seeing him as the game’s best player.

In adversity, he came up with a huge display. The assumption was that this tour might be the chance for him to return to prominence after being marginalised for the final couple of Six Nations games, but Tommy Reffell has taken his chance in a big way.

Reffell is combative, tough and an outright scrapper. In the final seconds on Saturday, he was still there, chainsawing an opposition ball-carrier to the ground. And he makes important turnovers.

All isn’t lost for Basham, who is too big a talent not to maintain his challenge for a Wales starting spot.

But it doesn’t look as if an opportunity will come his way on this trip, with the back row performing outstandingly and Josh Navidi making a mark off the bench.

At 21, the 6ft 6in Carter has already banked six caps and has the potential to amass many more.

But he’s competing for a place in South Africa with two Test Lions and Welsh rugby’s player of the year. Any youngster would find it difficult to find a way past Adam Beard and Alun Wyn Jones and Will Rowlands.

No doubt the Dragons lock has found the trip a shade frustrating. But he is considered a talent. His time will come.

Just 15 months ago, O’Connor was lining up in the English Championship for Nottingham — not starting, but featuring off the bench against the likes of Doncaster, Bedford and Richmond.

It’s quite a jump, then, to potentially facing the world champions with their feared bomb squad in a final-Test encounter in Cape Town. But it’s not wildly inconceivable at the time of writing that the script could play out along those lines, with Wales having seen their two frontline tightheads pick up injuries in the opening couple of Tests.

Their options include calling up a replacement — but they have already summoned two for the trip — asking Wyn Jones to move across to cover tighhead, which they declined to do for the second Test, or placing their belief in youth and inexperience and starting Sam Wainwright with O’Connor on the bench.

That’s assuming Dillon Lewis is off limits for the series decider. It would be a monumental challenge for Wainwright and O’Connor if that’s the call Wales go with. You can read more about O'Connor here.

O’Connor did do well enough over 50 minutes for the Scarlets against the Ospreys on New Year’s Day, but he has featured in just nine senior games for his region and potentially facing Steve Kitshoff would be a challenge of a different dimension.

But let’s see what happens with a youngster who is seen as a bright prospect.

While lineout gremlins ganged up on Dewi Lake on Saturday, the two hookers Wales have used in South Africa have generally performed well.

Lake doubtless lost a dot of confidence after making a hash of a short throw in the minutes after he appeared off the bench in Bloemfontein. There followed a nervy spell in which he had trouble nailing his arrows.

But, credit him: When it came to that huge throw five metres out with just minutes left on the clock, he found his man. That took a lot of character.

Credit Adam Beard for catching the ball, too, as well as making it easier for Lake by calling to the front. So we’ll assume the Ospreys No. 2 is cut some slack after his strong performances for Wales before the second Test.

And Pivac and Jon Humphreys will have noted the key role he played in the forward surges leading up to Wales’ try. It looks like it will be Ryan Elias to start, then, with Lake as back-up and Parry again having a watching brief.

The good news for Wales is their third-choice hooker is strong and dynamic in his own right. But it’ll be a surprise if he features in the final game of the series.

He’s had to get used to waiting in the wings.

Ratti didn’t feature for a single minute in the Six Nations, either, with Aaron Wainwright, Ross Moriarty and Taulupe Faletau starting at No. 8 instead.

With Faletau master of all he surveys out in South Africa, and Josh Navidi appearing off the bench, Ratti has again had to bide his time.

But the 6ft 4in, 18st 4lb ball carrier is capable of making an impact if the opportunity arises. It may not on this tour. But at 24, the Cardiff player has time on his side.

Even now, there isn’t a huge amount between the three scrum-halves in Pivac’s squad, with the coach able to sleep at night knowing any one of Davies, Kieran Hardy or Tomos Williams could comfortably wear the No. 9 jersey if called upon.

Where Hardy has earned plus points these past two games is with his box-kicking, which has rarely been less than pinpoint. It’s given Wales the control they have needed.

Having started just one of the past 14 Wales Tests, Davies will understand he has work to do to return to the starting XV, but he isn’t the type to just accept a bit-part role. With his flaring pace and ability to snaffle something out of nothing, he’ll believe he could yet ascend the pecking order at some point if the stars align.

But it’s hard to see it happening this weekend

The man who piloted the Scarlets to their PRO12 title success in 2017 may have a chance of a matchday squad place this weekend amid uncertainty over Wales skipper Dan Biggar, who injured a shoulder in the second Test.

So painful was Biggar’s knock that he couldn’t properly celebrate Gareth Anscombe’s try without having to clutch his damaged shoulder. If he is forced to miss the final game of the series, the probability is Patchell will come in to shadow Gareth Anscombe at fly-half.

It would be reward for refusing to give up in the face of a series of injuries that put the Scarlet’s career on hold.

His last cap came against France in the autumn of 2020.

Wales’ midfield has been a picture of uncertainty under Wayne Pivac, with Nick Tompkins playing alongside seven different partners.

Rewind to the first Test of the season, against New Zealand, and Williams was picked at 12 alongside Jonathan Davies. He featured there against Fiji as well.

But injuries were to hinder him before he returned to prominence with some strong displays for the Scarlets towards the end of the season.

It’s been a game of patience for him in South Africa with Tompkins and a fit-again George North chosen in midfield. It’ll be a surprise if anything changes for the final Test of the series. 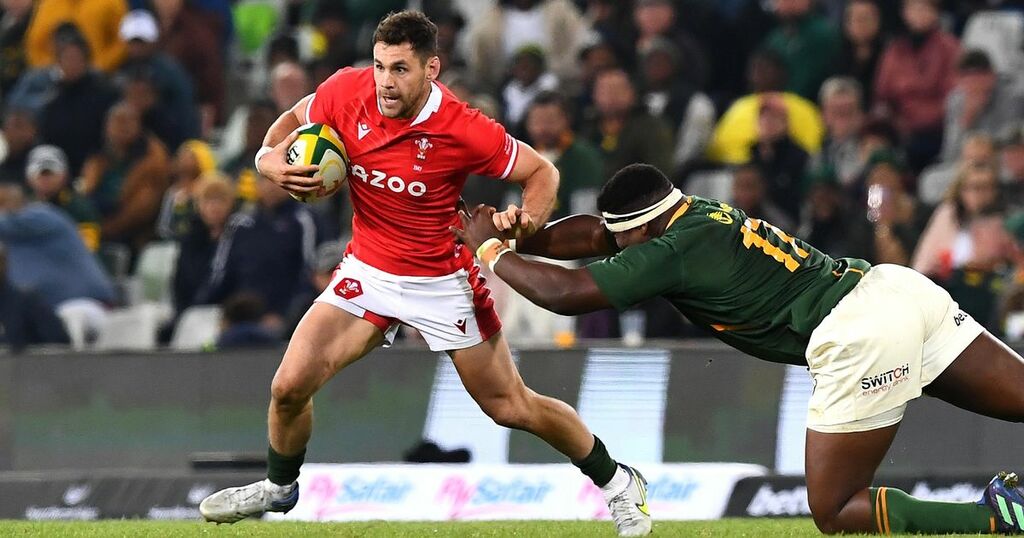 Wales' most likely team to try and win the final Test series in South Africa
Wales are battered, bruised and on the brink of history. Selection will be key to the outcome against South Africa

Wales Online
From analysis to the latest developments in health, read the most diverse news in one place.
History for Wales as last-gasp try snatches first-ever win in South Africa

Wales made history as they recorded a stunning 13-12 second-Test victory over South Africa in Bloemfontein.

Wales Online
One place to find news on any topic, from hundreds of sites.
Graham Price names the Wales team Wayne Pivac should pick for final Test and the improvement that can be made