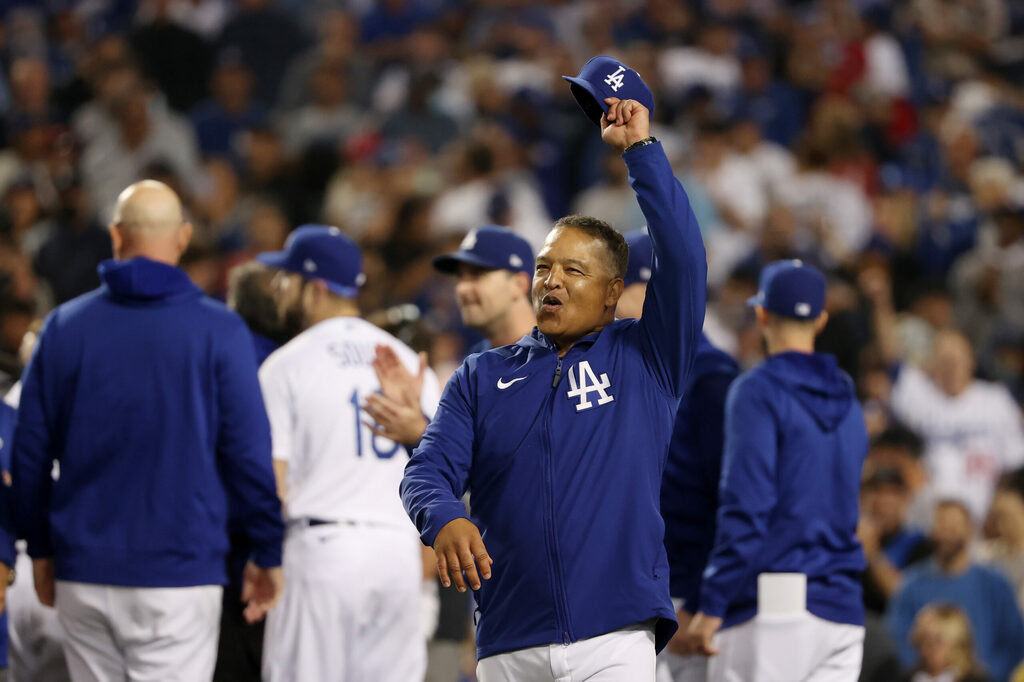 This is the online version of our morning newsletter, The Morning Win. Subscribe to get irreverent and incisive sports stories, delivered to your mailbox every morning. Charles Curtis is filling in for Andy Nesbitt.

Look: It’s hard to get a good snapshot of a Major League team in one game, it’s too small of a sample size.

But I’m throwing that out the window this morning with the Los Angeles Dodgers. Because there was so much to love about that win over the always-tough St. Louis Cardinals.

In that one game Wild Card win Thursday night, we saw glimpses of what could be in the rest of this postseason, and other teams — including the San Francisco Giants, their next opponent who won the NL West — should be afraid.

The biggest deal was Dave Roberts’ managing, something that mean so much more in the postseason. Taking out Max Scherzer when he did came with some risks (including ticking off his ace), even with Scherzer’s pitch count near 100. Then he knew who to put in — Joe Kelly, Brusdar Graterol, Blake Treinen, Corey Knebel, and his closer Kenley Jansen.

I hear you arguing that the Dodgers’ bullpen is filled with talent and it doesn’t take a genius to send in any of those guys. But that’s why he’s a manager and you’re not.

Given the fact that Clayton Kershaw is probably missing the postseason, Roberts’ decision-making with pitchers is going to be under even more of a microscope. And he more than passed that test on Thursday.

The lineup is obviously stacked (they’re not scoring one run in every game, c’mon). The bench has Chris Taylor, who hit 20 dingers this year and sent this team to the NLDS with one swing of the bat. Albert Pujols nearly hit one out last night. Maybe Max Muncy comes back from injury.

But when you’ve got a manager making those moves and a lights-out bullpen behind a good rotation, things are very much looking up.

— Here are our Week 5 picks against the spread in the NFL.

— Our guide to what to watch this weekend in college football.

— Mike Sykes delivered a tribute to the GoldenEye video game, an all-time great.