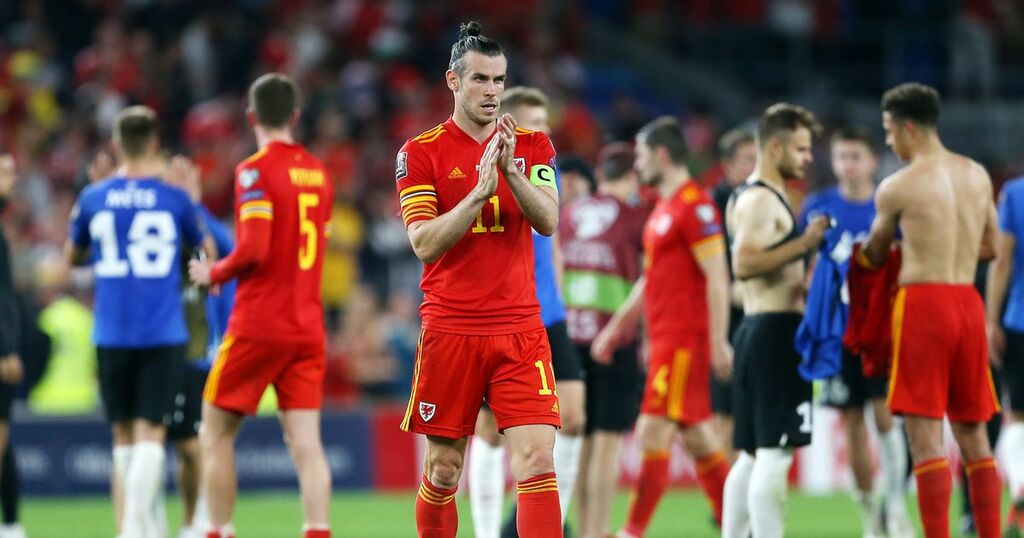 Here's how the players rated during the disappointing draw with Estonia at the Cardiff City Stadium.

Rarely called upon, but was solid when needed, although he perhaps breathed a sigh of relief when Kait rattled the crossbar.

Had to be alert to claw away a whipped Estonian corner late on, and produced a smart stop to keep out Vlasiy Sinyavskiy a few minutes later.

Looked lively down the right-hand side and produced a scintillating cross inside the opening minute that Wilson should have made more of.

Otherwise, it was a pretty quiet night for Wales' record caps holder, although admittedly he was rarely troubled defensively.

Back in the side following suspension. Was calm and collected as always in a position that probably isn't his best.

Saw a late header bounce off the top of the crossbar as he desperately tried to get his side back into the game.

Rarely troubled, but stood up well in the tackle, making two very good challenges early on. A similarly calm and collected performance at the back

Played a couple of nice threaded balls behind the Estonian defence down the left. No player won more aerial duels than the Spurs star out on that pitch.

Defensively, he was typically solid, and played some lovely crosses in for Bale and co that probably deserved more.

Showed some tidy touches, but looked far too off the pace during a lethargic first half.

Improved greatly after the break, playing a wonderful pass in for Mark Harris midway through the second half, and gradually started to build some influence at the heart of midfield courtesy of some crisper passing and quicker thinking.

But on the whole, he couldn't really pull the strings in the middle in the way we all know he can, and was caught out a little too often defensively.

See above, really. Highlight was a superb defence-splitting pass through the middle of the Estonia backline that should have resulted in a goal for Tyler Roberts.

Defensively, looked similarly too slow on the press at times. May well have had something more serious to think about against better opposition.

Was crowded out for much of the first half. Perhaps should have done better after curling an effort wide of the post, but was clearly a marked man. Understandable after his heroics in Kazan.

Influence grew after half-time, particularly when Estonia's defence began to tire. A bullet near-post header was brilliantly saved by goalkeeper Karl Hein just after the interval.

A late double chance saw him denied by Hein again, before his resulting header cannoned back off the post, a passage of play that summed up the frustrations of the night.

Used his pace well on the counter-attack and caused Puri all sorts of problems on the left flank, before the Estonian was forced off before the break.

Showed similarly bright bursts of pace in the second half, particularly in the latter stages where Estonian legs began to tire, but just couldn't find that killer final ball.

A really frustrating night for the Leeds United winger.

Scuffed a good chance in the opening half in a number nine role he's not played too often at club level.

To be honest, it showed - the Leeds man on occasion dropping a shade too deep to really cause too many problems on his own up front. Seemed stuck in between playing as a 10 and out-and-out number nine at times.

Was denied brilliantly one-on-one by the legs of Hein just after the break. Subbed.

Missed a sitter in the first minute, but responded pretty positively. Constantly wanted the ball and put himself about well.

His clash with goalkeeper Hein in an attempt to get his head on the ball enough to force him off after 37 minutes.

Initially livened things up in the midfield as he so often does, but didn't have the sort of impact we've seen in the past.

Drew plenty of fouls, but, dare I say it, was dispossessed far too often. More so than any other player on the pitch in fact.

Showed some brilliant movement shortly after being introduced, but his influence seemed to quickly wane.