The direct line from ‘Taxi Driver’ to ‘The Card Counter’ 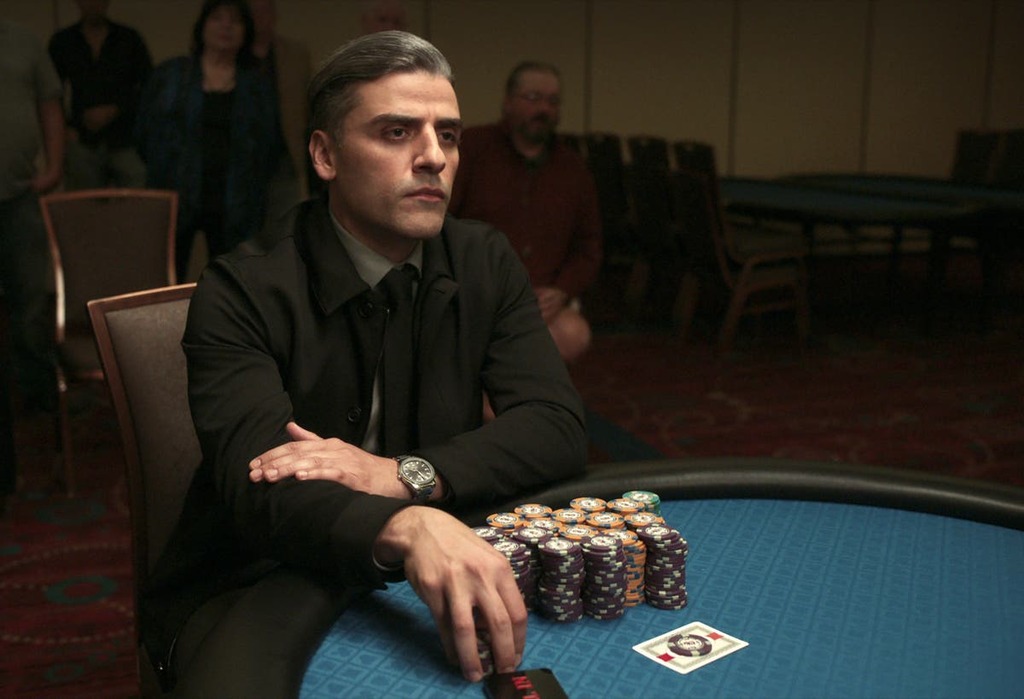 Paul Schrader knows he has a limited number of films left, so whatever he does from here on out is going to be for himself.

At 75 years old, the writer of “Taxi Driver” and “Raging Bull” and director of “American Giglio” and “Mishima” was even somewhat prepared to call it a day after his 2018 film “First Reformed,” for which he got his first Oscar nomination. He didn’t want to. He just knew it might be the reality.

“I thought I would go back to this character again for about the fifth time,” Schrader said in a recent interview. By “this character” he means “the man in the room.” It’s Travis Bickle. It’s John LeTour. It’s Julian Kay. And it’s a formula he’s been working with for 45 years.

“You get the general problem you’re dealing with and a unique metaphor and line them up,” he said. “If sparks start to fly, then you’re in business.”

In his new film “The Card Counter,” which premiered last week at the Venice International Film Festival and opens in North America on Sept. 10, the problem is guilt and the metaphor is poker.

“Something I’ve been thinking about is how no one takes responsibility: I didn’t lie; I misspoke. I didn’t touch her inappropriately; I made a mistake. Everybody has an excuse,” Schrader said. “I came up with a Dutch Calvinist upbringing which was exactly the opposite: You were guilty before you were born, you were born guilty and you just kept getting guiltier. And you were responsible for everything, even the things you didn’t do! I thought it would be interesting to have a character who feels like that in our shifting sands of ethics and morality.”

In “The Card Counter” his man in the room is Oscar Isaac’s William Tell, an austere poker player who travels around backwater casinos, staying under the radar and making sure to never win too much. He’s in self-imposed exile for his participation in Abu Ghraib.

The actor had a history with Schrader. Early in his career, Isaac auditioned for him in a black box theater in a strip mall in the Los Angeles neighborhood of Tarzana for a film that never came to be. But they stayed in touch a bit and he was the first-person Schrader went to with the script.

“I wrote right back. I couldn’t wait to do it with him,” Isaac said. “But when I first read the script, I didn’t really understand it. It was just so dark and there was something quite distant about it. I read it a second time and suddenly it started to come together for me a little bit more and I started to get a hit on the character. ... He made this character who has been punished by the state, and yet he leaves prison and feels that he hasn’t done enough penance. He’s decided to live an empty life as part of his own personal penance for what he’s done.”

And there was a particularly jarring image that Isaac was able to use to get into his headspace. Whenever William Tell goes to a new motel, he rearranges the room and covers every last piece of furniture in white sheets, meticulously draped and tied. Isaac even went back to his alma mater Julliard to do some “mask work” and go through the motions of making up a room in the way his character would.

“It’s not really ever explained,” Isaac said. “Is it because it looks like a jail to him, or because he needs neutrality because of all the time he spends in garish casinos? Is it because he’s planning something horribly violent?”

Schrader rounded out the cast with Tiffany Haddish, as a gambler’s agent who sees a potential moneymaker in Isaac, and Tye Sheridan as a kid with a grudge.

The experience has sparked something in Isaac, who has spent much of the last few years in big budget spectacles, whether it be “Star Wars,” “X-Men,” “Dune” or even the new Marvel series “Moon Knight,” which he’s been working on this summer, and, interestingly enough he's doing with another Schrader veteran: Ethan Hawke.

“I’ve been assisting in putting these big stories on screen and playing my part as the trumpet or whatever, you know, in the big symphony of these things,” Isaac said. “To go back to this, which is the character study and such a complex character with one of the greatest character writers of all time, that really did, it reignited my passion for acting.”

As for Schrader? He’s at work on another story about a horticulturalist. And he's singing the same song as after “First Reformed," that this might be his last go.