The differences in Covid rules and timelines in Wales, England, Scotland, and Northern Ireland 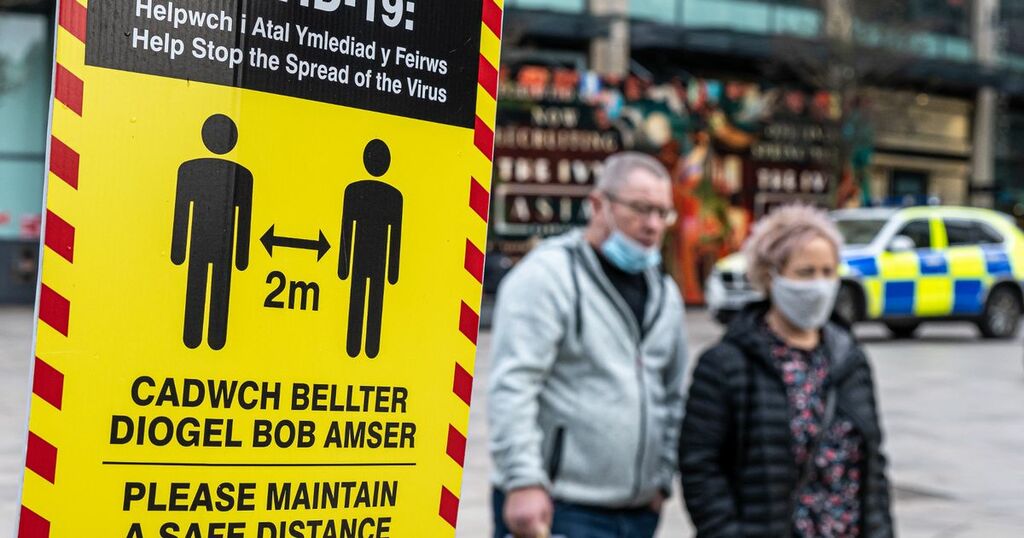 Some Covid restrictions are being lifted across the UK as Omicron cases begin to ease in Wales, England, Scotland and Northern Ireland.

On Thursday, January 13, the First Minister of Wales, Mark Drakeford, announced that the Welsh Government would set out how Wales plans to move back to alert level zero if the public health situation continues to improve.

Restrictions have been lifted in Scotland, guidance on self-isolation has changed in England and Northern Ireland has decided to scrap a plan on tightening coronavirus rules.

Here's everything you need to know about the different rules coming into place in each country, including the restrictions that will change and remain in place.

What will change in Wales?

The phased removal of Welsh Government Covid rules, which is dependent on an improving 'public health situation', will see Wales return to alert level zero.

Outdoor activities will be the first to have all restrictions lifted. As long as cases continue to fall, it will mean Wales' Six Nations games can be played in front of capacity crowds as Wales takes on Scotland in its first game on home turf is to due to take place on February 12.

The Welsh Government has announced a two-week timetable for lifting all Covid restrictions in Wales.

Here are the dates:

Saturday, January 15 - the number of people who can take part in an event outdoors will rise from 50 to 500.

Friday, January 28 - Wales will move to alert level zero for all indoor places and nightclubs will be able to open. Reviews will return to being every three weeks.

What rules will remain the same in Wales?

Even though some restrictions are easing, some rules are still in place.

What will change in England?

From Monday, January 17, people with in Covid-19 in England can end their self-isolation after five full days, as long as they test negative on day five and day six. Previously people had to stay home for 10 days, then seven and the rule will now be changed again.

It has been reported by the Times and the Daily Mail that Covid passes could be axed within weeks as Plan B rules in the country are due for review on January 26. The Health Secretary Sajid Javid appeared to hint on Thursday, January 13, that the 'passports' for large venues and nightclubs could be ditched.

What rules will remain the same in England?

Some "Plan B" measures will stay in place, which includes:

What will change in Scotland?

Scotland's First Minister, Nicola Sturgeon, has announced that the attendance limit on outdoor events will be lifted on Monday, January 17.

Since Christmas, football and rugby fixtures in the country were limited to 500 people. But under new rules, more spectators will be able to watch the game at sport grounds, including Scotland's Six Nations' matches in Murray Field.

On top of this, anyone who had their second dose more than four months ago must also have received a booster to be considered fully vaccinated. This rule comes into force in Scotland on Monday, January 17.

What rules will remain the same in Scotland?

Restrictions on the size of indoor venues will remain the same in Scotland. At the moment, 100 people can be standing or 200 seated. However, Nicola Sturgeon has said that she hopes to remove this limit, as well as the need for 1m social distancing indoors and table services in hospitality venues from Monday, January 24.

This could potentially be confirmed in the Scottish Government's next review, which will take place on Tuesday, January 18.

Other rules that will remain the same include:

What will change in Northern Ireland?

The First Minister of Northern Ireland, Paul Givan, has said that no new restrictions are necessary.

Previously, Mr Givan said that tightening restrictions around face covering had also been scrapped, after stating that the government found it "difficult to make it work".

What rules will remain the same in Northern Ireland?

Like the rest of the UK, Northern Ireland also implemented Covid rules in order to curb the spread of the Omicron variant.

The rules in Northern Ireland, include: