The devil drops by on "Better Call Saul"

Read a chronologically ordered title list of the "Better Call Saul" Season 6 episodes that have aired so far, and you'll notice a pattern of deteriorating choices. For example, the season begins with "Wine and Roses," at a point in Jimmy and Kim's relationship where life is going well. Jimmy (series star Bob Odenkirk) is flush with cash, relatively speaking, after proving himself to be a "friend of the Cartel."

Kim (Rhea Seehorn) has left her job at a private law firm to do more soul-fulfilling work as a public defender. Both of them are riding a peak in their professional game.

Jimmy ... is essentially a good man. Kim is a good person too, albeit one raised with a soft spot for grifters.

Generally speaking, wine and roses only enter a scene when somebody wants to screw somebody else. And over a dinner of Mexican food, Kim decides that person is going to be their shared nemesis and former boss Howard Hamlin, played by Patrick Fabian. Howard has been a thorn in Jimmy's side since his brother Chuck (Michael McKean) was alive and was his law partner. Once Chuck died, Howard put a civil face on continuing to uphold the McGill family tradition of keeping Jimmy hemmed in.

RELATED: "Better Call Saul" and the chameleonic importance of being Lalo Salamanca: This evil travels

But Jimmy, for all of his small cons and efforts to bend the law to the breaking point, is essentially a good man. And Kim is a good person too, albeit one raised with a soft spot for grifters owing to her contorted relationship with her con artist mother (played by Beth Hoyt).

So when Kim comes up with a con in the season premiere, she sets clear parameters. The mission is to get the Sandpiper Crossing class-action lawsuit settled so that Jimmy can finally get the payout he deserves for finding the case, and that Howard snatched away from him. Part of that mission, she says, is to leave Howard and his reputation "bruised, but standing."

Their methods, she says, don't "have to stand up in court, but there has to be a reason for everything." Nearly every step they take after that follows that directive. Most of Odenkirk and Seehorn's scenes in this season have contained notes of comedy as they conspired to persuade Howard's Sandpiper lawsuit partner Cliff Main (Ed Begley Jr.) that Howard's a paranoid substance abuser who frequents sex workers.

The midseason finale is called "Plan and Execution," and ... the phrase is to be taken literally, both as one term and two discrete hints about what's supposed to go down.

But don't forget those other titles. "Wine and Roses" was followed by "Carrot and Stick," implying half of a desirable option. From there the niceness disappears entirely: "Rock and Hard Place." "Hit and Run." "Black and Blue." "Axe and Grind."

Monday's midseason finale is called "Plan and Execution," and as anyone who's been watching these last episodes may have expected, the phrase is to be taken literally, both as one term and two discrete hints about what's supposed to go down. Kim and Jimmy have been constructing the plan's roadwork all season long. As for that other word – well, aren't we in the final run of a show about a criminal lawyer? A man who is enjoying a newfound reputation as the guy who got the area's most notoriously violent drug kingpin out of lockup on bail?

Enter Lalo (Tony Dalton), the star of this finale season's other main plot.

Lalo disappeared for the first four episodes only to reappear in Germany in an elegant suit and on a rampage. In "Plan and Execution" he returns to New Mexico from his European vacation by way of the sewers and methodically stakes out Gus' massive laundry company front – which he's found, at last, by torturing a man – and watching for a moment when he can enter and get the "proof" his uncle Hector needs. And also kill a lot of people.

The scene that the episode's writer and director Tom Schnauz constructs to reveal the title's secondary meeting is one of the darkest in the series.

When it becomes clear that Gus has taken steps to stay ahead of Lalo, the deposed-but-not-done kingpin must come up with his own contingency plan. Its path leads directly to Jimmy and Kim's place . . . merely a few moments after a defeated Howard has dropped in unannounced to angrily shame the two of them for knocking him down.

And the scene that the episode's writer and director Tom Schnauz constructs to reveal the title's secondary meeting is one of the darkest in the series. It opens with a tight shot of a candle flame as Kim and Jimmy share a couple of glasses of wine and watch an old movie, unwinding after the completion of their long project. There are no roses, only that flame burning steadily until there's a knock on the door. Its fire dances, momentarily, when Jimmy opens it to find Howard, who he invites in.

Howard has brought them a bottle of scotch, but you can tell he's already indulged in a few slugs of his own. "What allows you to do this to me?" he asks. "Because this goes beyond throwing bowling balls on my car." He marvels, angrily, at how long they plotted against him, just to "burn him to the ground."

And he admits he's worked his way through worse, including the end of his marriage. But Jimmy and Kim? "You two are soulless," he says, continuing his rant with, "You're perfect for each other. You have a piece missing. I thought you did it for the money but now, it's so clear. Screw the money – you did it for fun. You get off on it."

There are no accidental details in "Better Call Saul."

He likens them to Leopold and Loeb, two University of Chicago student sociopaths who killed a 14-year-old boy in 1924 to prove they could get away with the perfect crime. Then Howard assures them he intends to dedicate his life to making sure everyone knows the truth of who they are. As Howard says this, the candle's flame violently flickers again, as if a curse has just been sealed.

There are no accidental details in "Better Call Saul," which makes these touches with the candle especially sinister. Everything has a symbolic meaning, including flames; according to a couple of mystical websites I checked, a dancing flame indicates that chaotic energy is present.

Except Lalo – the ghost Jimmy, Kim, Gus, and Mike were fearing would reappear all season long – did not knock. He simply found his way in, as evil spirits bedeviling corruptible men surely do. At that moment, viewers had to know we'd be saying goodbye to Howard.

Kim wanted to leave Howard bruised but still standing. Lalo is not that considerate.

And while "Plan and Execution" doesn't rank on the same level of tragedy as an episode like "Ozymandias," it instead shows the worst possible outcome of the best-laid plans – which is what happens when one doesn't account for the things you don't see coming.

Kim wanted to leave Howard bruised but still standing. Lalo is not that considerate, especially of someone he doesn't know. Howard swaggers in his presence like the man with nothing to lose that he is. But there's only one kind of predator more dangerous than a guy like that, and that's a supposedly dead man.

Succeeding in his aims means Lalo may return to the land of the living; failure doesn't matter, because the world was under the impression he was yesterday's news anyway. He's the type of man who can smile as he screws a silencer into the barrel of his gun before shooting Howard in the head, to let them know he means business. To Lalo, Howard is nothing. To Kim and Jimmy, he's the guy they formed their waking lives around until this instant.

Not all of the worst deaths must be literal.

That significant death played out in "Rock and Hard Place," the first of those episodes that cease any implication of a choice and begin describing the sensation of being trapped and squeezed or ground down to a nub. Because of that, many people wondered, or feared, whether the culmination of Jimmy and Kim's long con would be her death.

But in "Plan and Execution," Schnauz enacts the vision long-established by series creators Vince Gilligan and Peter Gould that not all of the worst deaths must be literal. Some of the most tragic murder the spirit – the result of a payment for a deal with the devil coming due, a terrible happenstance, or both.

We have yet to see the colorless future that awaits Jimmy in this final season of "Better Call Saul," where his past being Mr. Goodman has morphed into Gene Takavic, the paranoid Cinnabon manager hiding out in Nebraska.

He's bound to show up again when the series returns for its final six-episode run in July, but after this episode, it's obvious that it doesn't matter where the man born as Jimmy McGill relocated or what he calls himself.  Now we know that wherever he goes and however far he rises or follows, Hell will find him . . . and we can only hope that Kim cons her way off its path.

The final season of "Better Call Saul" resumes in July on AMC. 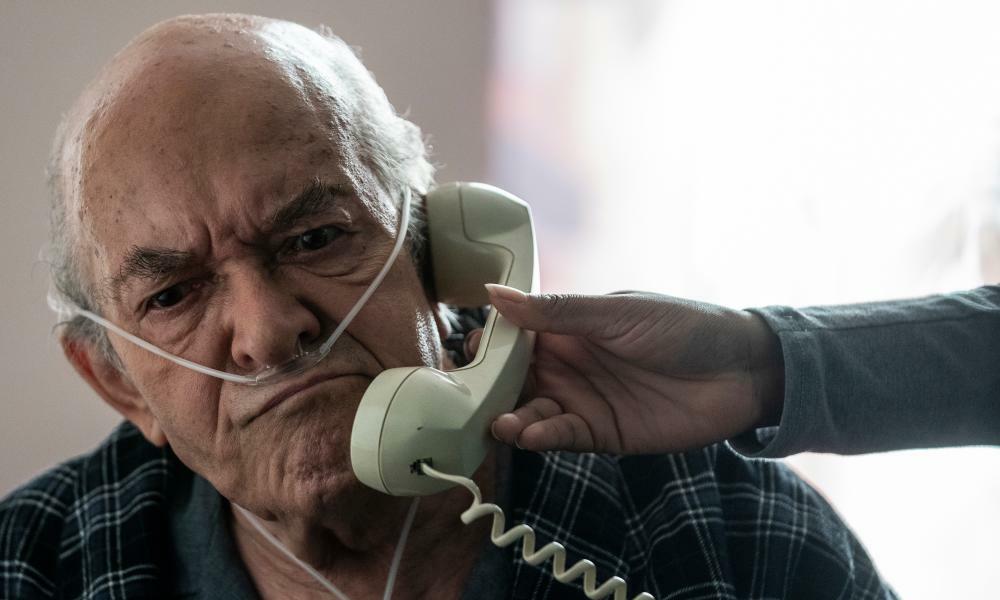 Better Call Saul recap: season six, episode seven – the midseason finale throws up a shocking twist
The climax of Kim and Jimmy’s Sandpiper scam was always going to end badly for someone. But no one expected…

The Guardian - UK
One subscription that gives you access to news from hundreds of sites
Better Call Saul: When does series return from its mid-season break?

The miniature season finale of Netflix’s Breaking Bad prequel is upon us, and we’re expecting drama. What will happen to…