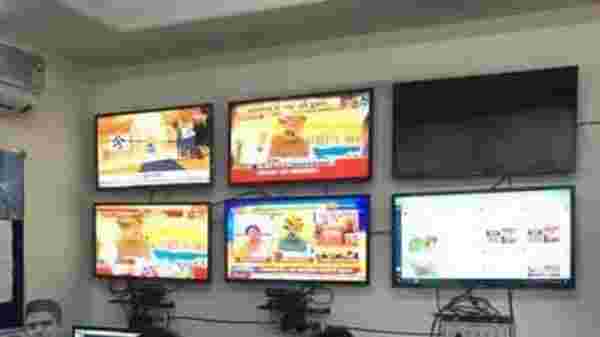 The festival season is upon us. Media buyers maintain that nearly 40% of advertising spends happen between Ganpati Puja and New Year. Obviously, it is a very important period for advertisers of all hues.

A chunk of this advertising will also find its way to television channels across genres. While all other genres use viewership data released by Broadcast Audience Research Council (BARC) India to sell ad spots, news channels continue to function without ratings.

Data for the news genre was suspended when Mumbai police named Republic TV in an alleged TV rating point (TRP) manipulation case last year. Two non-news channels were also named, but BARC chose to suspend the ratings for all news channels in October to “improve their statistical robustness", an exercise that was expected to take 8-12 weeks. However, ratings remain suspended.

The process of revising the methodology was over a while ago but the board is yet to approve it, said people aware of the matter. BARC did not respond to Mint’s queries on the resumption of news genre ratings.

It’s odd that no one is willing to comment on the delay in releasing news viewership data and its impact on the industry. Not even large advertising networks.

Members of the News Broadcasters Association (NBA) are silent on the issue too. However, the splinter body News Broadcasters Federation (NBF), which was formed a little more than two years ago, met information and broadcasting minister Anurag Thakur and highlighted the need for immediate resumption of viewership ratings for the news genre as it was impacting the viability of channels. NBF has more than 70 national and regional language news channels as members.

Barun Das, chief executive officer, TV9 Network, which is part of the NBF, said while the suspension of ratings for news itself was ambiguous, their continued deferment is also very puzzling. “Suspension of only one genre is inexplicable. Revenue is hit as some large advertisers have stopped using the news genre. Active clients are made to refer to legacy ratings to place their media money in news," he said.

“Suspension of ratings is, perhaps, helping the cause of only a few national channels whose competitive rankings dropped just before the rating was stopped. This is really unfair as those legacy brands have held onto their price advantage, whereas channels that were coming up in the pecking order are not able to leverage their growth in viewership," he said.

Even more baffling is the absence of noise from advertisers and media buyers at agencies. “It’s been 11 months since the ratings were paused. Advertisers are shooting in the dark," said a former BARC executive.

Interestingly, news channel ad volumes have not dropped despite the prolonged ratings blackout. According to TAM AdEx data for January to June 2021, the ad volume share of the news genre was equal to that of general entertainment channels (GECs) at 28%. During the same period in 2020, GECs were ahead with an ad volume share of 31%. Of course, news channel spots are sold for a pittance compared to entertainment channels. Yet, the sheer volume size is noteworthy as news genre viewership share is not more than 7-8% of total TV viewership.

It’s not as though all advertisers have been immune to the TRP controversy or ratings blackout. Krishnarao Buddha, senior category head at Parle Products, said his brands Parle G and Parle Marie biscuits first abandoned news channels last year because of toxic content. The company hasn’t returned to the genre as there is no data available for reference.

“I’d like to believe that many brands have quietly exited news channels and the absence of viewership data is definitely one of the reasons. Many male-skewed brands continue using them, though," he said.

Multinational firms in food, beverages and personal care have also quit news platforms, while several others have reduced their spends, said the revenue officer of a news channel, declining to be named. “Companies will not admit their exits, though," he said.

BARC measures more than 180 news channels and it’s still not clear how long the data will be in cold storage.