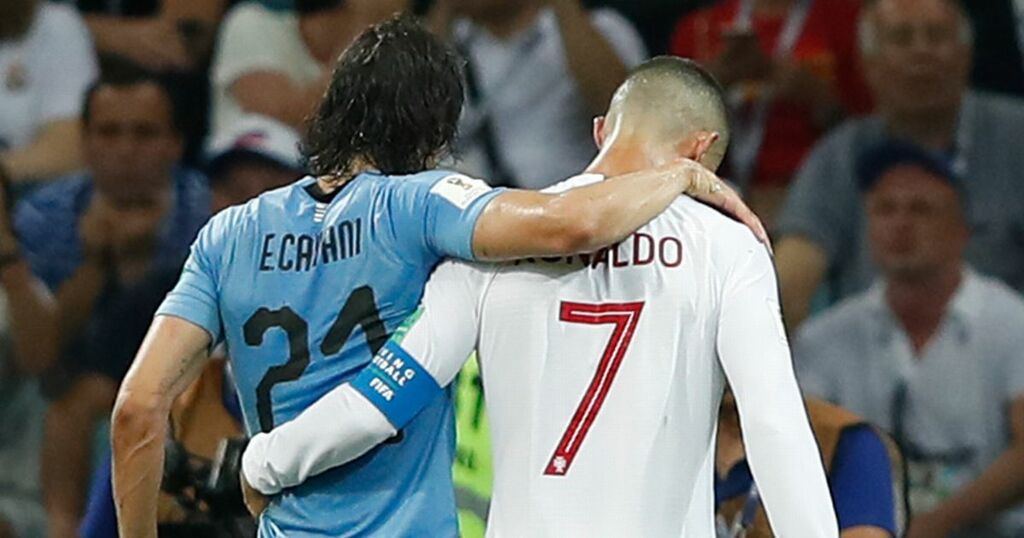 Cavani received the number when he joined the club last October but United requested special dispensation to reassign the squad number to Ronaldo after they signed the Portuguese last month.

Ronaldo wore the number seven during his first spell with United between 2003 and 2009 and Cavani has taken the number 21 - recently vacated by Daniel James - which he wears for Uruguay.

"It's one of these things," Solskjaer said. "Edinson has been remarkable, played really, really well last season. Cristiano has been ringing Edinson and they speak with each other. To pass up his shirt shows the respect he's got for Cristiano.

Ronaldo is expected to start in his second United debut against Newcastle on Saturday, with Cavani likely to be on the bench after he did not travel to Uruguay for their three World Cup qualifiers this month.

Cavani, 34, scored 17 times for United last season and agreed to have his contract extended by another season. The former Paris Saint-Germain goalscorer is out of contract in the summer.