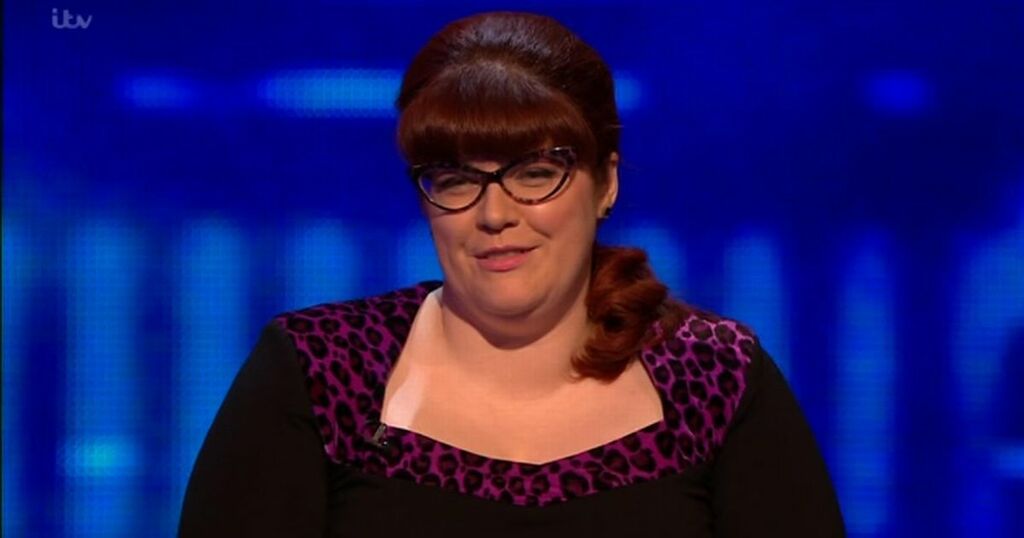 The Chase's Jenny Ryan blew fans away with her dramatic transformation at the National Television Awards.

'The Vixen', as she's famously known on the ITV quiz show, was joined by her Beat the Chasers co-stars on stage to accept the Best Quiz Show award.

The brunette star ditched her usual beehive quiff and glasses for a slick back hairdo, and fans could barely recognise her.

The 39-year-old showed off her figure in a black wrap dress with a red metallic skirt and statement high collar.

She finished off the look with a bold purple and blue necklace and dainty silver drop earrings.

Viewers were stunned by her transformation and rushed to Twitter to compliment her.

One person said: "How amazing does Jenny Ryan look?! woweeeeee."

Another admitted: "Wow, didn’t even recognise Jenny Ryan then."

A few others on the other hand thought she looked like Dracula with her black dress and red collar, as one person said: "Since when was Dracula part of the chase?? #NTAS."

And someone else remarked: "Why is Jenny dressed like a vampire lol #NTAs."

Beat the Chasers faced tough competition in the Quiz Game Show category but come out on top against Michael McIntyre’s The Wheel and Stephen Mulhern's Celebrity Catchphrase and In For A Penny.

One of the show bosses gently teased Stephen for "losing twice" in the award category, saying: "I have to be careful as there’s been a lot of drink drunk and I promised my wife I wouldn’t swear.

"We really didn’t expect to win this tonight because we’re up against some fantastic shows."