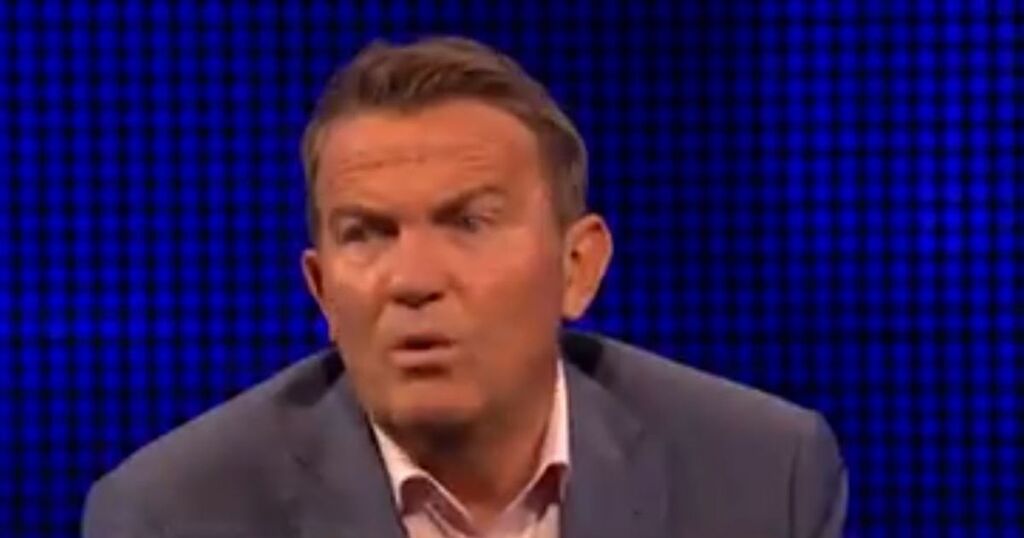 Bradley Walsh was stunned by a question about a Liverpool musician on today's episode of The Chase.

Gary, Rachel, Christine and Conor all tested their wits against The Governess Anne Hegerty to see if they could win a cash prize.

READ MORE: The Chase Bradley Walsh's famous wife who made key decision to help his career

The contestants found Anne in imperious form as she came within one of catching Gary and swiftly caught Rachel in the first two head-to-heads.

Up in seat three was Christine, a 66-year-old masters student from Milton Keynes.

After the team had been taunted by Anne for taking the middle offers, Christine decided to gamble and opted for the £40,000.

Christine was putting in an impressive performance to maintain one step ahead of the Governess - but she was stumped when she was asked a question involving an 80s Liverpool popstar.

Bradley asked: "Which of these men sang lead vocals on three UK number ones in 1984?"

Christine went for Boy George - but both her and Bradley were stunned to discover the the answer was actually the scouse frontman.

Bradley said: "He's the dude I wouldn't have said. That's come right out of the blue that."

The Governess Anne Hegerty went for the correct answer and explained that the three number ones were Relax, Two Tribes and the Power of Love.

The question knocked Christine out meaning it was just Conor and Gary competing in the Final Chase for a total of £10,000.

Despite building up an impressive 17 steps, they were caught by Anne Hegerty with 14 seconds remaining meaning they left empty-handed.