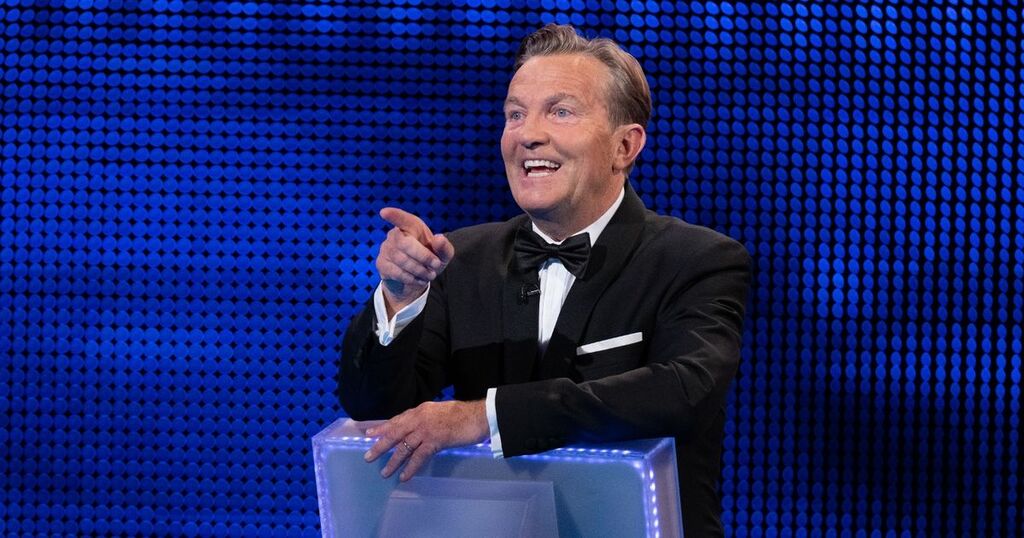 Some dream of floating in space, others of becoming a Premier League footballer, but for many their life goal is to appear on The Chase.

There can be fewer better feelings in this world than taking down The Governess or humiliating The Beast on his own turf.

However, getting a spot on the tea time quiz show is usually the biggest challenge of them all.

Thousands of people apply to show off their general knowledge skills on the telly, have a bit of banter with presenter Bradley and ultimately walk away with a wad of cash.

But sending off your online application is just the first step towards appearing in front of the nation, as you are invited to the audition stage.

Former contestants have revealed behind-the-scenes filming secrets and how you can boost your chances of getting on the show.

Marco Spiro finally made an appearance on The Chase in March 2015 after failing to be accepted for a staggering three-and-a-half years.

Shaun Wallace, aka the Dark Destroyer, previously confirmed there is a three-year waiting list to get a spot on the show.

The accountant made it through to the interview day after his first application, where they did some tests and group exercises.

"They did a quiz and a mock-up of the show, a vague couple of exercises on that to see how you interacted with the team," he revealed to The Sun in 2017.

Marco explained there were around 15 to 20 people there, who were then whittled down as some were called back for a second round and others were sent home.

He was put on a database of potential contestants but didn't hear back for years.

"I heard nothing about it; I used to get periodic emails, probably once a year, saying I was still on their database for as and when a slot became available, but I thought nothing of it. I thought it had been too long," said Marco.

His episode was filmed in May 2014, the day before his final university exam, then aired in March 2015.

There was a very early 5.30am start so Marco had to drive down from university in Bristol to the delightful town of Watford at 3.30am.

So what should you do to stand out in the auditions?

Marco said: "I think they look for people who are relaxed and chilled out on screen. The Chase is quite an interactive show, it's more about the people on it than the actual questions."

He also pointed out that "weirdly" there this is actually no studio audience and you have to bring multiple outfits.

This is backed up by Rachel Warwick, who appeared in an episode in October 2020 that was filmed almost two years before.

Speaking in a TikTok video, she revealed: "I don't know if many people know this; it's the four contestants, Bradley, the Chaser, and all the camera crew and producers and stuff but yeah there's no audience…"

Rachel also explained that everything pauses for 10 seconds when Bradley says "after the break" and then they carry on straight away.

It was a very long day for Rachel, who arrived at the studios at 10am and did not film her episode until 5pm.

The former contestant also explained that she was told to bring five different outfits.

"And you bring five outfits with you that you're happy to wear and then the costume department pick the best one and make sure nobody is clashing. They decide what you wear."

Another former contestant called Matthew, who said the show was "the slickest" production he had experienced, divulged which items of clothing are banned.

In his TikTok video in 2020, he said: "You're not allowed to wear black because you’ll look like a floating head.

"You’ll have a dazzling effect if you wear stripes or something like that.

"What they do in the wardrobe department is put the shirt in front of the camera to see if it works."

To be eligible to participate on the show there are three requirements which you must meet - with no exceptions.

You must be aged at least 18-years-old when you apply and you have to be a legal resident living in the UK, the Channel Islands of the Isle of Man.

You also cannot be currently employed by ITV or in the last 10 years or be an immediate relative or partner with an employee.

It would have been impossible to get on tonight's new episode of Beat The Chasers, because it's another celebrity special.

Mark 'The Beast' Labbett, Anne 'The Governess' Hegerty, Paul 'The Sinnerman' Sinha, Jenny 'The Vixen' Ryan and Shaun 'The Dark Destroyer' Wallace are all joining forces to take on a famous face.

The Chasers have the clear advantage in the exciting new format, but it means a defeat is even more humiliating.

Normally they only let themselves down in defeat, but in a team the tensions start to flare when they start getting the questions wrong.

Bradley will call hopefuls down from the audience to compete in a hardcore version of The Cash Builder, which will see them eliminated immediately if they get the first question wrong.

They must then choose how many Chasers to face - with the incentive that competing against more of the quiz geniuses will result in bigger cash rewards.

*Beat The Chasers airs tonight on ITV at 9pm