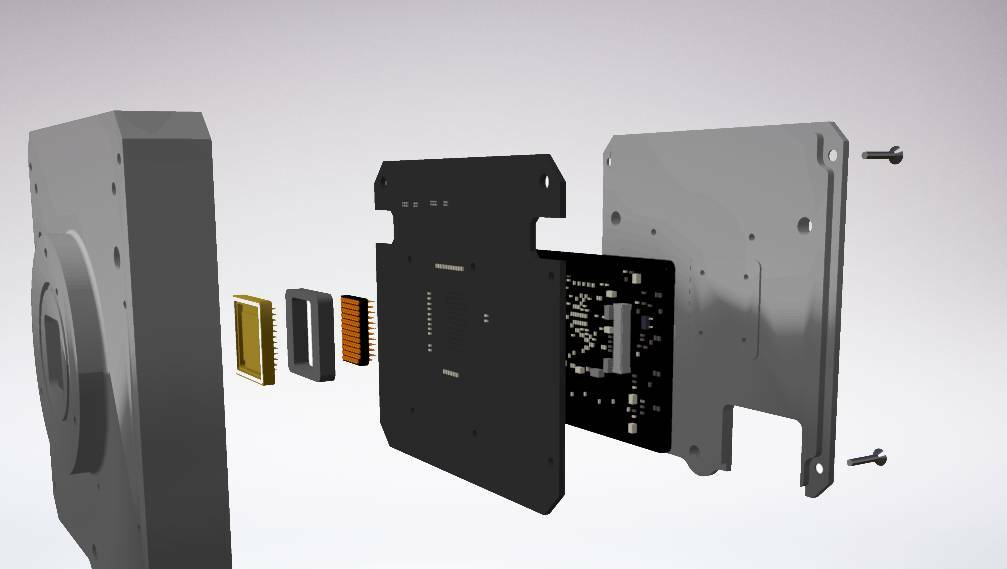 Cameras designed in the nation's capital will soon be launched into the far reaches of space as part of new satellite-monitoring programs.

The new cameras will be used for earth observation capabilities, as well as monitoring satellites and other spacecraft in orbit in real time.

Infinity Avionics' chief operating officer Damith Abeywardana said work on the camera had been under way for the past year.

"These cameras will be suitable for a wide range of applications," Mr Abeywardana said.

"It would be used for earth observation to detect what is going on, and for other space applications to see other satellites or detect things like space debris."

The company has already launched five cameras into orbit in the past five years as part of a partnership with UNSW Canberra.

However, the new camera will be the first one being launched that will provide high-resolution images.

Mr Abeywardana said while there were many other types of cameras already out there in space, the new high-resolution cameras would be able to monitor other space equipment in real time.

"It's like a webcam or dashcam so you can see what your own satellite is doing in space," he said.

"If you have that capability, you almost have a CCTV system in space and you can monitor how they are moving."

Years of work have been spent developing the camera technology, to allow for the equipment to withstand with radiation levels in space, as well as being able to handle the large levels of vibrations during its launch into space.

"The further away you are from the Earth, the radiation exposure gets higher, so you have to design electronics and all the systems to handle those higher levels," Mr Abeywardana said.

The new camera is part of a collaboration between Infinity Avionics, the Australian National University and satellite-inspection service HEO Robotics.

With Australia's space industry set to play a pivotal role as part of future Moon to Mars missions, Mr Abeywardana said there would be an expanded role for high-tech cameras in space in coming years.

"It's very exciting that things are happening very quickly these days and there are multiple missions planned for the next year," he said.

"Australia is behind the rest of the world when we talk about space capabilities, but we are on the right track, and there will be more local capability going forward, and the younger generation will be able to work towards these bold missions."