The Border Game review – wit and wisdom on Ireland’s schism 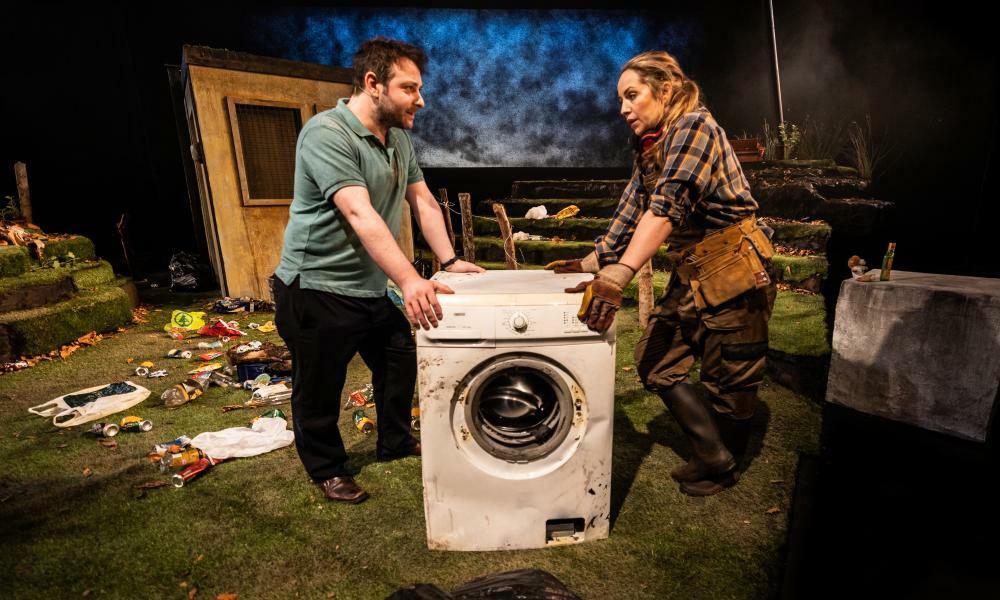 An invisible line bisecting a boggy field dominates an encounter between ex-lovers in Michael Patrick and Oisín Kearney’s crackling new play for Prime Cut and Belfast’s Lyric theatre. The border between Northern Ireland and the Republic runs through farmland owned by Sinead (Liz Fitzgibbon). At a former customs hut, she comes across Henry (Patrick McBrearty) for the first time since their acrimonious breakup. Together they tetchily attempt to mend a broken fence – and from here on, the metaphors keep coming.

Commissioned by director Emma Jordan to mark the centenary of the partition of Ireland, the co-writers bring wit as well as acuity to complicated questions of identity. In a script that bristles with references to the politics of the peace process, Brexit negotiations and current discussions about the Northern Ireland protocol, the opening scenes are skittishly satirical, with Sinead and Henry falling into comic riffs like a well-honed double-act. As Dylan Quinn’s playful choreography draws them together, they fleetingly reprise their former closeness, despite themselves.

With Sinead from a nationalist background and Henry from a unionist family, their relationship’s tensions had become overwhelming. And if that premise seems a little too neat, this multi-faceted play is anything but. Incorporating testimony from the playwrights’ recent interviews with 100 people living along the border, it portrays multiple perspectives and experiences – from absurd tales of cattle smuggling to horrific incidents from the Troubles. In a series of movingly performed parallel monologues, we are brought back to Henry and Sinead’s childhoods, to the violent tragedies they witnessed, which still feel raw. Since these have shaped who they are, will they inevitably shape their future also? The conclusion is left powerfully open-ended.