By Kate Evans for The Bookshelf; Claire Nichols and Sarah L'Estrange for The Book Show; Declan Fry; and Khalid Warsame 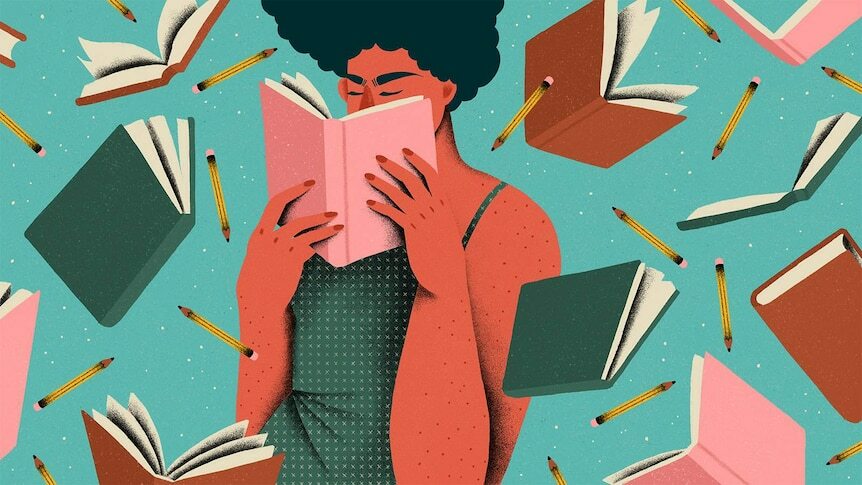 Welcome to ABC Arts' monthly book column. Each month, we'll present a shortlist of new releases read and recommended by The Bookshelf's Kate Evans and The Book Show's Claire Nichols and Sarah L'Estrange — alongside freelance writers and book reviewers. This month, we're thrilled to present recommendations from Declan Fry and Khalid Warsame.

All five read voraciously and widely, and the only guidelines we gave them were: make it a new release; make it something you think is great.

The resulting list features a follow up from a Pulitzer Prize-winner, that 'shouldn't work' but does; a historical reimagining of Lafcadio Hearn's life that moves the women from the margins to the centre stage; a masterful biography of the late, great Gillian Mears; and two dazzling twists on memoir.

Anthony Doerr's ambitious follow-up to his Pulitzer Prize-winning All The Light We Cannot See really shouldn't work. It spans centuries, tackles five storylines, has a book-within-a-book, and even dabbles in science fiction. But does he pull it off? Absolutely.

So, how to sum it up? First off, there's this book-within-a-book: an invented ancient Greek text also called Cloud Cuckoo Land, that tells quite a silly story about a shepherd who longs to be a bird. In the present day, all that remains of this text are a few fragments, being pieced back together by an elderly man, Zeno, and a lovable bunch of Idaho schoolchildren. They're rehearsing a play adaptation of the text at the local library. But there is a threat – a young man called Seymour is parked in a car outside the library, with a homemade bomb and a gun.

Back in the 15th century, a young girl called Anna is a seamstress inside the walls of Constantinople, which is about to come under attack from the Ottoman army. She's also something of a cat burglar, who steals an unusual manuscript from an abandoned library. The manuscript is – you guessed it – the last remaining copy of Cloud Cuckoo Land.

In the future, a girl called Konstance is abandoned and alone in a spaceship, on its way to the distant planet Beta Oph2. She's trying to unravel the mystery of why she is there – and she thinks there may be clues in this obscure text from hundreds of years ago.

The construction of Cloud Cuckoo Land is a marvel. Doerr expertly weaves together his disparate characters and time periods, unravelling mysteries and drawing thematic links across the generations – including climate change, gun violence and isolation. There are many ideas in this book, but above all, you will be left to wonder at the power of storytelling, and the potential for a single book to change a person's life. CN

Leaping into Waterfalls: The Enigmatic Gillian Mears by Bernadette Brennan

Gillian Mears (1964-2016) was, according to her biographer Bernadette Brennan, "one of the most important Australian female writers of the last forty years". But whether you have read any of her three novels, 200-plus short stories, journalism and other writing or not, this biography is exhilarating.

Mears was born in Grafton, Northern New South Wales, and grew up in a world defined by sisters and horses — and then was jolted as a teenager by the violent death of a close friend. She was touched by darkness and pain, as well as love and desire, and throughout it all she was writing.

She wrote about bodies, both in her published work and in her private reflections, even before her own began to change, inexplicably and confusingly, in her late 20s and early 30s. She had Multiple Sclerosis but was, for many years, undiagnosed.

Part of the skill of this biography is that, although I already knew that Mears decided to end her life at the age of 52, hammered by the impact of MS, by the time I read that I wept for her; and saw her afresh, a figure behind her novels — dancing, joyful, difficult, ruthless, generous and clever.

Brennan's biography shows this woman in her complexity, with her contradictions, taking her seriously as an artist.

Mears documented herself, her thoughts and desires, her relationships and family dynamics. She kept papers, letters, manuscripts, ephemera – the lot – with an eye to posterity and a wink at an imagined chronicler, and Brennan has navigated that collection in the Mitchell Library (State Library of NSW), as something akin to carving an ice sculpture from a glacier, using a butterknife. Not that Brennan would use such overworked imagery: the paring back and precision is an essential part of the style and the pleasure of this book, where the life is always connected to the work. KE

I Love You But I've Chosen Darkness by Claire Vaye Watkins

In I Love You But I've Chosen Darkness we meet a writer and new mother Claire, contemplating her responses to a postnatal depression questionnaire. Her thoughts are frayed, and jump from one memory to the next, eventually settling on an extended narration of her parents' lives: her mother, who died of an opiate overdose while Claire was in her 20s, and her father, a notorious former member of the Manson family.

Readers familiar with Watkin's previous work, most notably her short story collection Battleborn, will be familiar with her blend of fiction and memoir, with the main character sharing both a name and backstory with the real-life author. The parallels between Watkins (the author) and Claire Watkins (the character) are, however, a red herring: I Love You But I've Chosen Darkness is less a memoir and more a novel that borrows heavily from life.

After returning to her home town Reno to do a reading, Claire reconnects with some old friends, and begins to seriously consider abandoning her life: her baby, her open-marriage with her husband, and the graduate student with whom she'd been having an affair. She feels confined in her life, thwarted by her "promiscuity, maternal ambivalence, [and] wifely rage". Claire's thoughts and actions, unvarnished and without apparent self-deception, ring with the false clarity of someone making bad choices for good reasons.

It is not until we learn more about her mother, Martha, a wily hustler who led an ultimately tragic life, that we begin to comprehend why she is the way she is.

Much of the book consists of letters written by Martha to her cousin in the 70s, and although these sections aren't as compelling as those written in Claire's voice, it's through these letters that the core of the novel forms: a surprisingly tender story of returning to one's roots, and figuring out where to go from there. KW

The Sweetest Fruits by Monique Truong

I'd never heard of Lafcadio Hearn, a 19th century Greek Irish cookbook author who's at the centre of Vietnamese American writer Monique Truong's third novel. He was also a literary translator and travelled from America to Japan, married a Japanese woman, had four children, and introduced Japanese folk tales to a receptive Western audience.

If you want to find out more about Hearn's legacy, you can search out his biography or his many writings on Japanese culture — but you won't discover the intricate details of his life in this novel. Instead, the story is propelled by three women who were central in his life at critical times — and it's these women who tell his story, and in the process, their own.

This 'giving voice' is Truong's literary gift, resurrecting these women from the historical ledger, where their imprint is faint. They too have travelled, adventured and experienced setbacks — but have only ever been a side note, or completely erased.

Firstly, we're introduced to Hearn's beginnings by his Greek mother, Rosa, a woman he never truly knew. Rosa is illiterate and is dictating a letter to her absent son, all the while knowing he will never read it (but we do).

Next is Alethea, also illiterate, a newly released slave living in Cincinnati who is Hearn's first wife. Here, she's relaying her story to a journalist, demanding her connection to Hearn be remembered (the marriage was wiped from his first biography by Elizabeth Bisland).

The final voice is Hearn's Japanese wife, Setsu, who implies that her tales are what made her husband famous.

Peppered throughout the novel are extracts of Hearn's first biography, as if asking the reader to spot the holes in the official account.

It took a moment to adjust to the different registers of each new voice, but they were utterly compelling for the questions raised about truth, biography and history. Yes, I looked up Lafcadio Hearn as a result of reading this book — but I was enriched by the reimagined lives of these distinctive women. SL

Victoria Chang, a poet who rose to prominence with her last collection, Obit, brings together addresses to the people and ideas that have influenced her life in this lyrical memoir.

Many of her addressees are family — but silence, the body, language, and even the Ford Motor company are included.

Summarising the book's motivation in a letter to her grandfather, who could only speak Taiwanese, she writes, "Perhaps something never happened if no one remembers it".

Occasionally in her addresses to others she almost seems to surprise herself with unexpected realisations, as in her letter to "D", a school friend, remembering how, bullied at school, there was one student, Sarah, who stood up:

"Sarah was the only one who said anything. When she saw me crying in the locker room, she stopped, asked me if I was okay. Recently, Sarah messaged me and seemed to feel relief that I was still alive. Her concern startled me, as I had spent decades forgetting those early years."

I'm tempted to go on summarising the book, but it works best when allowed to speak for itself — as in this passage, addressed to Chang's mother, which deftly combines memoir and history with trenchant reflections on language and community:

"I remember the quiet restaurant with the handful of customers who came in occasionally for egg foo young or moo shu pork—none of the foods we ate. I remember our secret menu, the one just for Chinese people. This makes me think about how we perpetuate our own stereotypes, our own vanishing. Resolve isn't inactive though. Resolve is a live animal. We perpetuate the narrative that is given to us in order to survive."