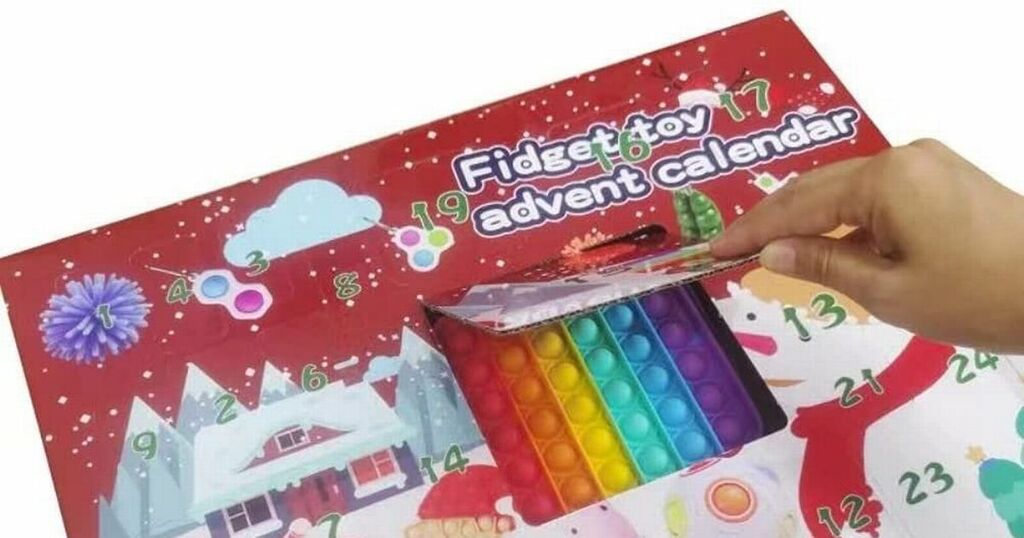 The run up to Christmas can leave children, shall we say, a little bit giddy. But the latest must-have advent calendar to arrive on Amazon might be just the thing to help calm kids down a bit in the run up to the festive season. And, despite it only being September, there seem to be plenty of parents who agree and are snapping it up - it has become a top seller in the online retailer's toy department since its launch a couple of weeks ago.

The fidget toy advent calendar is jam packed with different toys including a pop it, fidget spinner, simple dimple, slinky and a host of other different things to squeeze, stretch and fiddle with.

While fidget spinners have been a popular playground staple for a while now, fidget pops have flown off the shelves in shops and online this year. Mirroring the temporary satisfaction of popping bubble wrap, bubble fidget pops can be popped over and over again. Alongside these two much-loved fidget toy staples the calendar offers stretchy toys, a slinky, squeeze balls, cubes and globes in a variety of shapes and styles.

Initially used to help children with autism and ADHD, many parents have seen the benefit of tactile sensory fidget toys for their children - helping them release restless energy and stress while giving them something to focus on.

The fidget toy advent calendar is available now in a range of different styles - which makes it ideal if you have several children but don't want them to have identical toys because you know you'll spend all of December refereeing whose Father Christmas shaped poppet is whose.

Priced at £20 but currently with a 5% discount this is a great time to pick it up and put it away ready for December. And if you think it's too long to wait to bust it out - there's even a fidget toy Halloween countdown calendar you can pick up to tide you over in the meantime.