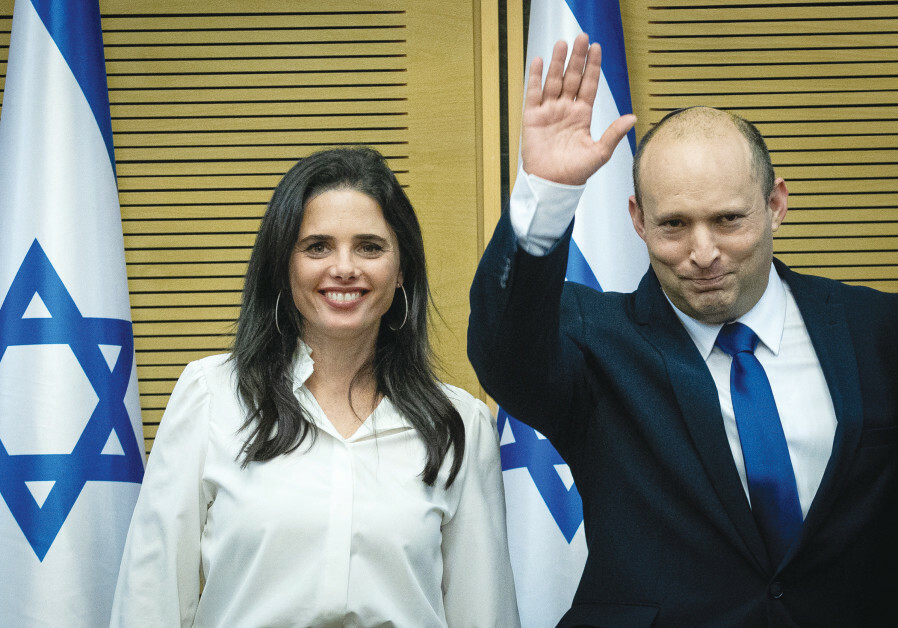 When MK Shirley Pinto (Yamina) was forced to go to the Knesset with her six-day-old baby in mid-December to enable the coalition to pass a vote, it was a defining moment.

It was truly a scene to behold. Pinto, a deaf social activist, was mobilized by the coalition because it feared the opposition would not withhold a vote from its ranks in her absence.

The scene showed just how low relations between the coalition and opposition have stooped. The sides continuously threaten to refuse to offset votes when a member of Knesset is absent. The entire Knesset has been consumed by this out-of-control feud, which has even seen a refusal to offset votes for hospitalized MKs or those in mourning.

From the journalist’s stand in the Knesset, to see Pinto’s arrival was remarkable. Naturally, a desire to hug her was awakened.

On the other hand, when events are subjected to further analysis, there is more to the story than meets the eye. Firstly, Pinto did not have to make the journey to the Knesset; she chose to do so to avoid a defeat for the coalition. Additionally, her arrival boosted the coalition’s image significantly. Here is a politician who is prepared to come to the plenum with her young baby; here is solidarity among the coalition’s members.

In other words, the opposition’s refusal to offset votes ended up playing to the advantage of the coalition’s image.

Technically, the entire drama ended up being superfluous, as MK Mansour Abbas, leader of the Ra’am (United Arab List) Party, which is part of the coalition, ended up voting by accident with the opposition, sending the coalition to defeat in any case.

The legislation being voted on has assumed a back seat in this battle. The real issue is the clash between coalition and opposition. Neither side is prepared to support any legislation put forward by the other.

The absurd result is that, seven months after the formation of the coalition, beyond feuding, there is no real agenda in place.

A recent interview with Knesset Speaker Mickey Levy (Yesh Atid) summarized the past seven months, and Levy asserted that the opposition has fallen in love with its position, at the expense of any national interest.

Levy lamented how difficult it is to work in this manner, noting that the opposition refuses to be part of any Knesset committees.

The opposition boycott of all Knesset committees puts the coalition in a very strong position, as the opposition is thus unable to receive the committee appointments that it desired.

With such a boycott in place, the coalition has absolute power in these committees, which decide policy on matters such as how to combat the coronavirus pandemic. The opposition is, therefore, the only loser from this boycott.

On the other hand, the coalition is feeling the weight of ongoing attempts by the opposition to subject it to a war of attrition that sees it come under attack every time a coalition member heads to the podium to make a speech.

Levy, in his interview, said one of the most difficult aspects of his job was being called “a thug” or “a floor cloth.” Levy feels that the respect that was once afforded to the coalition by the opposition in the past has been run over crudely.

DESPITE THE united front that the coalition attempts to portray, it suffers from many cracks.

One demonstration of such a fissure came from Public Security Minister Omer Bar Lev of Labor.

After posting on social media that he held a meeting in December with United States Under Secretary of State Victoria Nuland and that the topic of “settler violence” had been a key feature of their conversation, the coalition “exploded.”

The coalition’s right-wing parties had a meltdown. Prime Minister Naftali Bennett responded harshly, as did his partner Interior Minister Ayelet Shaked of Yamina. The sense is that Bar Lev’s tweet led to a watershed moment. Ultimately, Bar Lev’s timing was also very poor, coming as it did amid a wave of Palestinian terrorism, and lacking any sense of proportion.

Bennett and Shaked, who appear to have lost many of their core supporters by forming the current government, seemed to have spotted an opportunity to bring back some of the votes they may have lost. If so, Bar Lev’s tweet served their agenda.

The coalition, while managing the pandemic throughout, is surviving. No matter how many internal divides it suffers from, and how much the opposition aggrieves it, there is no denying that this government has proven its ability to survive in a fairly impressive manner.

Still, the glue holding this coalition together is the threat of a return to power by the leader of the opposition, Benjamin Netanyahu. So long as he continues to cast his shadow over the coalition, its motivation to remain together and survive remains very high.

The writer is a journalist and reporter on political matters and a publishing expert at The MirYam Institute.