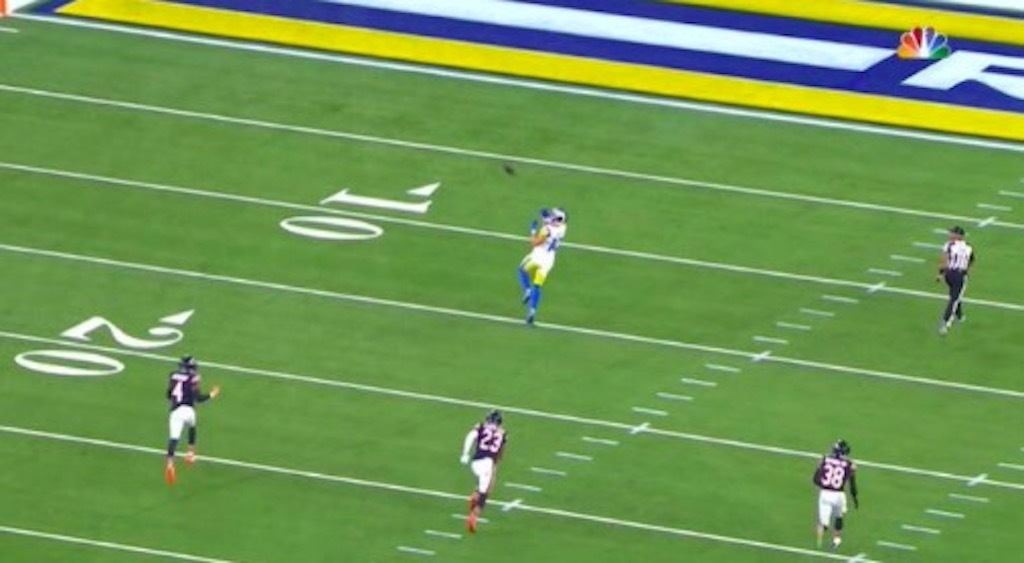 I feel like a lot of football things happened yesterday and that we’re forgetting about one really fun/embarrassing moment – the Cooper Kupp 56-yard TD against the Bears on Sunday Night Football.

I mean, we’re just not talking enough about how open he was on that beautiful pass from Matthew Stafford, who had a nice little debut with the Rams in their 34-14 win at home over a Bears team that should make Justin Fields their starting QB.

If you saw the game then you must have been like me (unless your a Bears fan) and were just pointing and laughing at Chicago’s secondary, which was nowhere near Kupp.

Another one: Matthew Stafford slings a 56-yard TD to Cooper Kupp. No one close to Kupp.

You can’t get much more wide open than that! In fact, it’s the most separation a receiver has had on a long pass in three years.

Kupp had 11.3 yards of separation from the nearest defender when the pass arrived (#4 Eddie Jackson), the most separation on a completion over 40 yards downfield over the last three seasons.#CHIvsLAR | Powered by @awscloud pic.twitter.com/wknSES43KV

And just not the best defense.