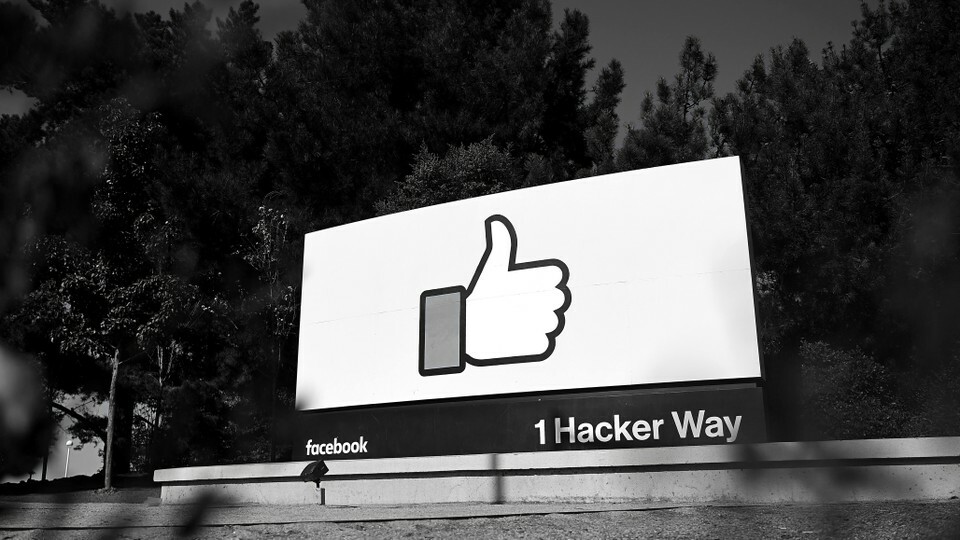 Facebook went down. Really down. The social-networking site was offline for six hours today. Instagram and WhatsApp, also owned by the company, were likewise inaccessible. At this time, we don’t know what caused the outage, which the company acknowledged on Twitter.

The incident comes at a precarious moment for Facebook, which is still navigating the fallout after a whistleblower accused the company of being unwilling to fix its flaws.

To help us make sense of what a hiccup of this size means, I talked with The Atlantic’s executive editor, Adrienne LaFrance, who’s covered the company for years and written about the dark side of its spectacular scale.

Billions of users gather on these sites, she reminded me, so to have them all down at once is “like several of the world’s largest countries disappearing simultaneously.”

The conversation that follows has been edited and condensed for clarity.

Caroline Mimbs Nyce: What does today’s outage say about the state of Facebook, the company? About the fragility of our social web?

Adrienne LaFrance: The web isn’t just fragile; it’s wholly ephemeral. We get a false sense of permanence from these tech giants with their walled-garden platforms. But the truth is that nothing lasts online, and it’s all decaying all the time. Still, an outage this severe is almost unheard-of.

Caroline: What are the typical consequences of an outage like this?

Adrienne: The ripple effects can be profound. A massive, if temporary, shift in the attention of billions of people has cultural consequences—like people taking note of their own reflexive habits, their relationships to these sites.

There are also economic consequences. People who use these tools for their work are less productive. And a huge portion of the digital-ad economy flows into Facebook. It runs on keeping people’s attention, and ordinarily makes a windfall doing so.

But the WhatsApp outage is arguably the most disruptive of them all. WhatsApp is the primary form of remote communication for people all over the world. Taking away people’s WhatsApp is like taking away billions of people’s telephones.

Caroline: You’ve argued that Facebook’s scale is a threat. Do you think today illustrates the point?

Adrienne: Today’s outage is certainly a reminder of just how much of the internet Facebook owns. But Facebook is much more of a threat to democracy, and to humanity, when it’s online than when it’s off.

The rest of the news in three sentences:

(1) The Delta-driven spike in coronavirus cases seems to be softening just as the United States passes 700,000 deaths from COVID-19. (2) An oil spill closed beaches in Southern California and threatens ecosystems there. (3) The Supreme Court started hearing arguments for its latest term—more on that below.

One question, answered: The U.S. Supreme Court opens its new term today. Beyond individual cases, what’s the one big theme readers should look out for this session?

I posed this question to Kimberly Wehle, a legal scholar who has written about the Court in our pages.

First, she said to watch whether the Court will restrict certain constitutional rights (such as abortion) while expanding others (in cases related to gun ownership and government funds for religious schools). In related rulings, we could see “potentially seismic shifts in how the Constitution has been read to protect individual rights,” she told me.

Then, we talked about this term as a test of the Court’s conservative majority. A 6–3 ruling, or multiple 6–3 rulings, she argued, would be a big red flag.

If the court comes down in any of these cases—let alone all three—around ideological lines, then it’s a dark day for the separation of powers in American democracy. Because by no means could any intellectually honest lawyer or judge say that there’s a clear answer to any of these issues.

If they fall along 6–3 lines, we know we’re in trouble when it comes to an independent Court.

For more of Kimberly’s work, read her recent writing.

Jonathan Franzen’s new book, Crossroads, is his best yet.

These sea slugs defy the rules of animal life by running on solar power.