The art and evolution of headline writing 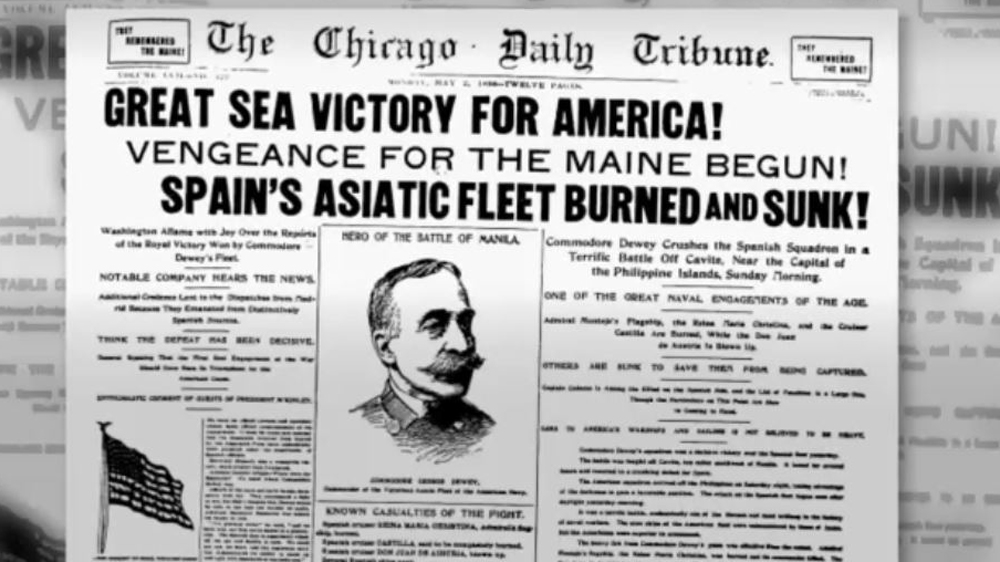 We read dozens, if not hundreds, of them every day. Often skipping the story that follows and relying on just the headline, to tell us what's happening in the world.

At their best, they entice you to read more. But they also have power to frame the way you read a story, telling you in just a few words what's important and why.

The digital age has changed the way a subeditor writes a headline. They have tools that help feed search engines and can test multiple lines of copy at once to see what works best.

But though the form has changed, the job of a headline remains just as it always has been - to grab eyeballs and sell a story.

You could be forgiven for thinking that headlines are as old as newspapers themselves. But newspapers from the 19th century look nothing like their modern day descendants.

Back then, paper was expensive. And the emphasis was on cramming as much text as possible onto a page. It meant that headlines were, by today's standards, a little boring.

What changed was competition and the realisation that bigger headlines sold more newspapers, giving the paper boy on the street something to shout about.

"In the late 19th century, as competition in newspapers increased, you start seeing these big, inflammatory, screaming headlines. No longer are headlines just giving you the simple facts, they are now trying to incite huge emotions in you," says Teresa Schmedding, president of American Copy Editors Society.

Competition in the UK newspaper business took off in the 1930s, according to Professor Martin Conboy, of Sheffield University.

"You see the introduction of the relaunched Daily Mirror as a fully blown American-style tabloid from 1935 onwards," he says.

"At that point, you start to see this drift between tabloid sensational headlines and broadsheet informational headlines, which to a large extent, still persists today."

Love them or loathe them, tabloids have made the art of headline writing their own. Puns, alliteration, sarcasm and mockery are a tabloid writer's rhetorical weapons of choice used to deliver news in a way that begs to be read.

"When you talk about a great headline ... tabloid print newspapers retain this organic form where headlines and images and words all marry together in this frankly quite magical way, when it's at its best," says James Alan Anslow, a former tabloid journalist.

If newspapers chronicle a rough first draft of history, it's the headlines that capture the emotion and sentiment of a particular moment in time.

"If you look at the death of [Adolf] Hitler, the majority of the papers carried a - 'Hitler Dead' type headline. Very simple, very straightforward, with a secondary point that Germany says they're going to continue to push forward," explains Schmedding.

"Then, fast forward to today and you're looking at headlines about the death of [Osama] bin Laden - 'We Got the Bastard'. They're filled with so much more emotion and less about relating the facts and more about capturing the emotion of people."

The internet age has transformed the art of headline writing. Sparking a readers interest is no longer good enough. A headline needs to have the right mix of words to hit the top of your Google search. It has to look good across different platforms and it has to respond to rapidly developing stories.

The way we consume media has also revealed new challenges - not just for headline writers but also for those designing the layout of news.

In the old days, "if you have a three-line print headline and the first two lines are a bit short and the bottom line is full, the chief subeditor will reject that", says Anslow.

"But all that changes in a digital world - the whole aesthetic thing goes right out the window."

In an age when clicks are a form of currency that allow media outlets to cash in through advertisements, headlines are designed to be liked, shared and retweeted. Most headlines though are seen and not clicked.

People always said that pictures are worth a thousand words, but today's headlines are the new picture, says Schmedding.

"And that's why we see headlines evolving more toward the type that we saw when those newsboys are out there on the street hawking the paper and screaming and trying to grab your attention. Now, with digital, we're just trying to do that electronically."