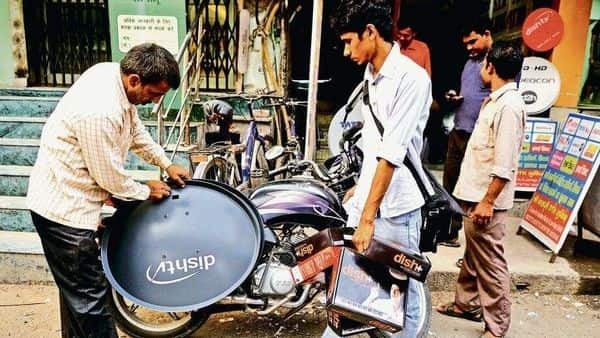 Investments in a two-year-old content production house owned by Dish TV India Ltd is among the most contentious points in the tussle for board control at India’s second largest satellite television services provider by market share. Yes Bank Ltd, the largest shareholder of Dish TV, which is seeking to oust its board and wrest control, is concerned that the investments that have been funnelled into the over-the-top or OTT streaming app Watcho, amounting to more than ₹1,378 crore, has not been adequately explained despite repeated queries, according to four executives aware of the situation.

Last week, Dish TV disclosed to the Bombay Stock Exchange a 28-page letter from Yes Bank, which stated that the company has proceeded with a plan to raise ₹1,000 crore through a rights issue, despite objections by the bank.

“The (b)oard is not acting in line with good corporate governance standards," Yes Bank wrote in the letter, dated Friday, 3 September.

The rights issue might only be the straw that broke the proverbial camel’s back. The investments in Watcho is another major sticking point, according to internal Yes Bank documents reviewed by Mint reporters.

In a letter dated 2 August 2021, Yes Bank, which owns 25.63% of Dish TV, sought details from the company on its investment of more than ₹1,200 crore in ‘augmenting new-age technologies inter alia OTT platform Watcho’ over the last two years.

Earlier in April, Yes Bank had asked Dish TV a similar question on its investments in Watcho.

“We have repeatedly questioned the rationale of these investments (in Watcho) but we have not heard from them. We have asked the Board (of Dish TV) to induct two of our executives. We hold a 25% stake, and so it’s only natural for us to make sure our investment in the company is monitored," said the first executive.

Emails seeking comments on this story sent to spokespersons at Dish TV and Yes Bank did not receive responses.

Watcho was set up by Dish TV in April 2019 as the management reasoned that producing original content was one way to help get more business from subscribers, many of whom were spending more waking hours consuming movies and television series offered by US streaming giants such as Netflix and Amazon, apart from a clutch of home grown apps.

Dish TV first invested ₹693 crore to build this content production business in the year ended March 2020, followed by ₹685 crore last year, according to the annual reports. That represents a cumulative spend of ₹1,378 crore on Watcho over the last two years.

The company’s revenue was ₹3,249.4 crore last year, down 8.6% from ₹3,556.3 crore in the year ended March 2020. In other words, Dish TV invested 21.3% and 19.2% of its revenue in each of those years, respectively, in a business into which no one outside the company has any visibility. This is making investors scowl.

Shareholders such as Yes Bank are not the only stakeholders who are in the dark about Watcho. Walker Chandiok & Co. LLP, the Indian affiliate of audit firm Grant Thornton LLP, and Dish TV’s statutory auditor, too, does not know how to qualify or stamp their approval on these large investments.

Analysts too are scratching their heads on what to make of these investments as Dish TV stopped interacting with them nearly two years ago. The management last met with analysts on 14 November 2019 when it declared its second-quarter earnings. For now, the only metric Dish TV discloses is that Watcho has been downloaded by more than 25 million people.

However, that metric doesn’t say much.

“They (Dish TV) saying 25 million downloads is nonsense," said a second executive, who is a representative for a group of investors which together own about 3.2% of Dish TV. “The Watcho App comes pre-installed with all Dish TV connections. So you have the app but how many active subscribers or how much business has come from it or what is the content produced by it, is not known," said the executive, who did not want to be named.

Dish TV has housed Watcho in a wholly-owned subsidiary called Dish Infra Services Private Ltd, which also offers support services such as providing instruments including set-top boxes and dish antennas. All customer support through call centres and all repair services are provided through this subsidiary.

Why is Watcho a concern?

To be sure, these are strategic business discussions and open for debate. It is possible that Dish TV’s management, led by Jawahar Goel, the younger brother of Essel group founder Subhash Chandra, has a plan in mind. Whatever those plans might be, lack of clarity over how this money has been spent is making shareholders uncomfortable.

“Content production is a very subjective business. Can we monitor if the company says, they paid, say ₹10 crore, to a star to do an ad. You cannot because we don’t know how the expenses are being booked," said the second executive cited above. “The auditors have expressed their inability. The management won’t share any metrics. And your shareholders are asking the board questions on this production house," the second executive added.

For now, Yes Bank cannot investigate the money trail inside Watcho as it does not have any representation on the board of Dish TV.

But that could change if Yes Bank manages to win shareholder approval to reconstitute the board on 27 September.

“Look, it is only incumbent upon any new board to actually do a complete forensic on all such issues. Especially the one which has made stakeholders ask questions," said the third executive, a board member on two Bengaluru-based companies, who is aware of the developments.

Regardless, Yes Bank’s fears are an indictment on the reputation of Goel, a pioneering figure in the satellite broadcast industry, who is credited with building Siti Networks Ltd (a digital cable distribution company) in the late 90s and early 2000, and who has steered Dish TV since 2007 to make it the country’s second-largest direct-to-home company.

So how did Dish TV and Goel get themselves into this pickle?

Until October 2015, Goel, 66, was the company’s managing director, and Chandra was the non-executive chairman. On 27 October, Goel took over the additional responsibility of chairman after Chandra stepped out.

One important change in the quarter ended September 2015 that went largely unnoticed was the significant jump in the promoter shares pledged with creditors. The promoters, who owned 64.45% of Dish TV, had pledged 42% of their shares at the end of September quarter, up from 30% shares pledged in the earlier June quarter.

A Mint review of the promoter ownership and the pledged shares in Dish TV over the last 45 quarters beginning March 2009 makes one conclude that this marked a watershed moment in Dish TV’s history. Beginning September 2015, quarter after quarter, for six straight years, the percentage of pledged promoter shares only kept inching up.

Chandra has said that all the shares pledged belonged to Goel, who he has publicly thanked for his help during difficult times.

“The (Essel) Group is extremely thankful to Jawahar Goel, promoter and managing director of Dish TV India Ltd. Goel has extended support, in the form of a substantial portion of his equity in the mentioned listed entity, as security for the credit facilities availed by Subhash Chandra Group," said a statement issued on behalf of Ronak Jatwala, official spokesperson of the Subhash Chandra Group, on 22 April 2021.

“The Group is confident and fully committed to return the mentioned security cover back to Jawahar Goel and his family," the statement added.

Essel Infraprojects, a privately held enterprise of Chandra, needed large sums of money for completing infrastructure projects, including road construction and road toll projects, that it had aggressively bid for in the first half of the last decade.

“DITV’s (Dish India TV Ltd’s) poor performance is the result of its own weak execution led by an overwhelming focus on costs and merger (with Videocon DTH)," Shah wrote in the note.

A year later, the implosion of IL&FS, a major shadow lender in the infra sector, plunged Chandra’s projects into a crisis as refinancing of debt suddenly became difficult. A high percentage of pledged promoter shares, along with slowing business made Dish TV vulnerable.

But the worst was still to come.

On 25 January 2019, Dish TV shares sank 33%, erasing about ₹2,000 crore from its market value, as part of the broader rout witnessed at all Chandra-promoted companies. This was following a media report of a government probe into alleged post-demonetization cash transactions involving entities related to the Essel Group.

Chandra denied irregularities but acknowledged in a two-page note issued to the press then that the Group had made bad investments and incorrect bids in certain infrastructure projects and also apologized to his bankers, non-banking financial companies and mutual funds.

But by now, creditors were in no mood to continue holding shares of Dish TV and other listed companies of Essel Group, and some of them started selling shares. By the end of June 2020, the promoter ownership in Dish TV had fallen to 23.67%, compared to 55% at the start of the year.

Yes Bank now wants its two nominee directors and five other independent directors to manage Dish TV, and is pressing the company to bring these resolutions before shareholders at its annual general meeting on 27 September.

For now, Dish TV has not agreed to these suggestions and has said that inducting new board members can be implemented only after the information and broadcasting (I&B) ministry approves these recommendations.

For this reason, some believe Yes Bank’s fight to take control of Dish TV could potentially stretch beyond 27 September.