This year marks 1900 years of Hadrian's Wall, but that's not the only notable anniversary being celebrated across the UNESCO World Heritage Site.

2022 also marks a century since Jessie Mothersole's travelogue Hadrian's Wall was published - documenting her journey along the 73-mile monument which she undertook in 1920. It is believed Jessie was the first 'modern' woman to do so.

However, little is known about the Essex-born archaeologist, so I decided to do a little more digging (pun absolutely intended) to find out about her work, and her connection to the Wall.

Born in Colchester in 1874, Jessie was one of six children. According to a census at the time, she had four sisters and a brother. Her parents were wine merchants, with her mother likely having taken over the business when Jessie's father died. The family moved to London, where Jessie studied at the Slade School of Fine Art.

An artist, writer and archaeologist, especially talented in watercolour, Jessie's work took her to the Middle East and Egypt. Upon returning to the UK, she set her sights on archaeological sites closer to home, such as Hadrian's Wall and Deere Street Roman Road - which ran north from York to the eastern end of the Antonine Wall.

Dr Amara Thornton, a Historian of Archaeology who has studied Jessie extensively, said: "Jessie is representative of a generation, or generations of women who were actively pursuing knowledge and communicating that knowledge in a public setting. And not just in Britain, she wrote about Egypt as well. I think it’s important that we recognise there were women who were actively involved in this knowledge production.

"These women weren't writing for scholarly journals, of which there were many at the time, but for newspapers, popular periodicals. Jessie was quite interested in bringing knowledge about archaeology and historic sites and so on to a wider audience."

In the preface of Hadrian's Wall , Jessie revealed that the trip had been planned for 1914, but that trip was put on hold due to the outbreak of the First World War. Dr Amara said: " I think it's really quite important to emphasise the postwar context of the book. In the early 1920's, a certain portion of women have now received the vote, and she was probably one of those women. In a sense, this is a point where people are going out into the landscape and there’s a feeling that after the darkness of war you want to enjoy life."

Dr Amara is a co-investigator of the Beyond Notability project, which investigates the histories of women active in archaeology, history and heritage. When we spoke she was updating Jessie's entry on the site, and she told me of how her copy of Hadrian's Wall had a 'lovely' surprise inside when she picked it up from a second hand bookshop.

She said: "It just so happened that my copy came with an invite to the Hadrian's Wall exhibition at Walkers Art Gallery on Bond Street, which doesn't exist anymore. They were bound into the front of the book so when I opened up my copy, there was the exhibition and I just thought 'Good Lord!'

"I found it so interesting that I wrote a blog post about it and that got me interested in digging into her work as an artist a bit more. I started researching newspapers from the time and that spiralled into a big piece of research which is still continuing now.

Hadrian's Wall was published in 1922, though Jessie walked the length in 1920 more or less on her own with just a few books to keep her company. She stopped at several locations of an estimated period of 2 - 3 months, painting and illustrating what she saw as well as writing about her experiences.

Ian Stewart, an archaeologist who has worked extensively on Hadrian's Wall, said: "When Jessie walked the wall, she didn't just give a dry bones account of what was the state of knowledge around the wall. She talked to people who were living and working around the wall in 1922.

"These are long lost people - she met vicars and landowners all along the wall, and wrote about these adventures in her book.

"I get the impression people were a bit puzzled by her, but people in the north accepted and welcomed Jessie. The conversations she records in the book suggest she was an eccentric lady, and people were generally courteous towards her or at least tolerated her."

Andrew Birley, CEO and Director of Excavations at the Vindolanda Trust, said: "Jessie left us an often amusing and sometimes deeply touching and personal account of her adventure.

"Although well known by the peers, her activism and passion, obvious in her writings made her a marmite figure for what was at the time a male dominated archaeological profession and world. I don't think she ever really got the amount of credit she deserved as a 'serious' scholar and unfortunately her book, which is a gem, is now largely forgotten outside a selected few Hadrian's Wall experts and scholars."

The activism that Andrew mentions refers to Jessie's work for women's suffrage.

Earlier, Dr Amara mentioned that Jessie would have likely been one of those women able to vote after the First World War. She'd had fought hard for it, after all.

Dr Amara said: "She was involved in one suffrage society that I'm aware of - the Church League for Women's Suffrage. She was also involved in designing and producing posters for a Christmas Fayre of the Women's Social and Political Union which was on the more militant side of things in the suffrage landscape. That kind of indicates she was a fairly committed suffrage supporter.

Jessie may now be largely forgotten outside of archaeological and art circles, but she left a unique snapshot in time of one of the country's most beloved monuments. And it wasn't just the Wall itself, Jessie preserved memories of the communities of the time across Northumberland, North Tyneside and Cumbria.

Dr Amara said: "It’s important we don’t just look at the texts she produced but the fact that she’s capturing the landscapes and the people who live along Hadrian’s Wall.

"Her book is capturing a moment in the history of the Wall that makes us realise that it's a living thing. It’s not dead. It’s important to recognise that archaeological sites are not empty spaces but are lived in and often the picture that we have of them doesn’t situate them within a community particularly.

"Ancient sites or historic sites are everywhere, they're not just in a place where you pay a bit of money to the National Trust or English Heritage, and I think that's part of what Jessie Mothersall captures." 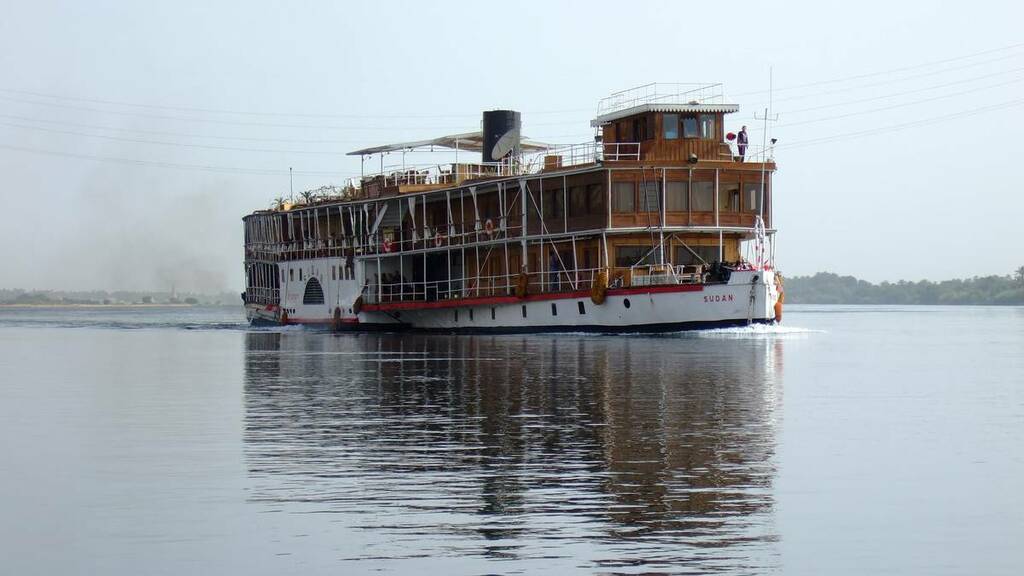 Death on the Nile: The Mystery of Agatha Christie's steam ship
Few of us go on holiday with murder on their mind.However, that's exactly what an Egyptian river ship has accused…

The New Zealand Herald
One subscription that gives you access to news from hundreds of sites
Mary Ann Thebus, Chicago stage actor who also played the mother in ‘Rudy,’ dead at 89

Though she didn’t start acting until she was around 45 years old, she appeared in plays at many Chicago theaters…

Chicago Sun-Times
Sheila Heti: ‘Books by women still get treated differently from those by men’

After her controversial novel about motherhood, the Canadian author has turned the spotlight on her father. She talks about grief,…

The Guardian - UK
A legacy of hope: Celebrating Harriet Tubman’s 200th birthday
Before she became the historic hero known as Harriet Tubman, Araminta Ross was born in early 1822 near Cambridge on…