'The Acolyte' timeline hints at how it could change Sith history

The Acolyte has been mysterious since its inception. Two years ago, Lucasfilm announced a series created by Russian Doll co-creator Leslye Headland, calling it “a female-led series” focused on part of the Star Wars timeline we know little about. There were some casting moves, but nothing solid.

Finally, buried in a giant Vanity Fair article previewing all the upcoming Star Wars projects, from the imminent (Obi-Wan Kenobi) to the far-off (Rian Johnson’s trilogy), there’s some news about The Acolyte. And it could change Star Wars forever.

In the article, Headland describes The Acolyte as “a mystery thriller” set about a century before The Phantom Menace. That’s huge news, as before we only knew the setting as “the last days of the High Republic.” For Star Wars nerds, a century before the prequels means the series is set in 132 BBY, or 132 years before the events of A New Hope, the Year Zero of the Star Wars timeline.

Lost Legends is an Inverse series about the forgotten lore of our favorite stories.

Now here’s the interesting part. In both the canon timeline and the non-canon Legends timeline, basically nothing of note happens in this timeframe. In fact, the Legends timeline calls the entire millennium before the rise of the Empire the “Great Peace of the Republic.” So just what will the conflict be in this series? It’s Star Wars, but there’s no war to explore.

We know the series will deal with the Sith. Perhaps it will deal with the fallout, albeit centuries prior, of Darth Bane establishing the Rule of Two, and what that means for a Sith Order formed to be diametrically opposed to a priest-like, holier-than-thou Jedi Order during the High Republic.

This setting also means that a few characters we know and love would be alive, like Yoda and even Chewbacca. But with the isolated timeline and premise, it’s more likely we’ll see an entirely new cast separated from the rest of Star Wars television by more than a century. Essentially, there’s a completely blank slate for the minds behind this show to work with.

Wherever the plot goes, it will change Star Wars forever. Because of the absence of any history for this era, The Acolyte could rewrite Star Wars, including potentially bringing non-canonical elements into the canon through this blank spot in the continuity. Anything could happen. The possibilities are literally as endless as the universe itself. 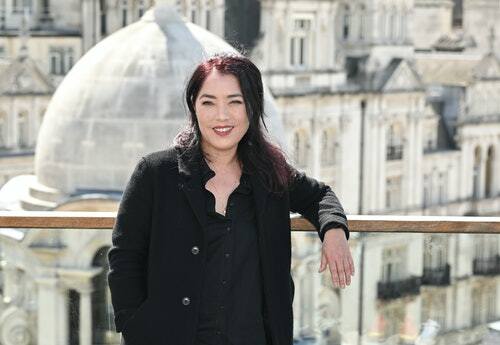 Inverse
One subscription that gives you access to news from hundreds of sites
Lucasfilm won't recast any more Star Wars characters. Here's why that's a problem.

The studio has decided never to recast familiar old characters – but does this misunderstand the space saga’s very appeal?