The 90% Project: Covid sufferer who was in ICU pleads with Kiwis to get vaccinated 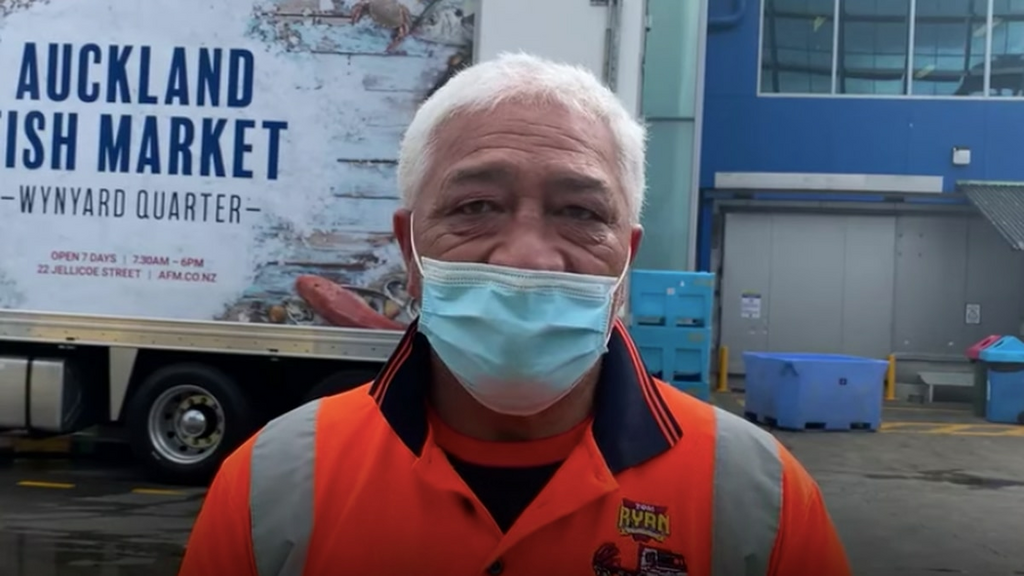 Paul Te Hiko knows heartbreak in a way few others have experienced. In the space of a few days last year, he lost his two brothers to Covid-19 - all while lying in a hospital bed fighting for his own life.

Te Hiko will never forget the moment he watched his brother Nigel die via Zoom, as he lay in his hospital bed battling Covid himself.

Now, the 60-year-old has made an emotional plea to New Zealanders, asking them to get vaccinated, so no one goes through the horror he and his family have had to endure.

In a video, Te Hiko recalled how he ended up in quarantine at Auckland's Jet Park facility in August last year. A few days later, his brother Alan died of Covid. Days later, the family lost Nigel as well.

The three siblings were all part of the Americold cluster last year.

"I was in hospital for six weeks, I think it was. I ended up in ICU. I was on 24-hour watch, because my blood pressure kept dropping, I couldn't breathe properly. I couldn't walk to the toilet. I couldn't take five steps without resting. That's what Covid does," he recalls.

"When my brother Alan died, I could hear his daughter, his son and his grandchildren crying and there was no way I could get out to them. Even if I could, I don't think I would have made it."

Already grieving the loss of his beloved brother, and fighting to stay alive himself, Paul had to endure even more heartbreak - the kind no one wishes on anybody.

"When my brother Nigel passed away, I actually watched him pass away on Zoom. It's the hardest thing I could ever think of," he says.

Having experienced first-hand the horrors of the virus, which has left his family devastated, Te Hiko has a heartfelt message to New Zealanders.

Paul's brother Nigel, who died last year of Covid aged 54, is believed to have contracted the virus from their brother Alan, who had worked at the Americold facility in Auckland.

Nigel was the 25th New Zealander to die of Covid-19 since the start of the pandemic.

He was a respected historian and negotiator at the Raukawa Settlement Trust, which represents the South Waikato iwi's interests.

At the time of Nigel Te Hiko's death in September 2020, director general of health Dr Ashley Bloomfield shared a message on behalf of the bereaved family.

"The man's whānau has asked us to tell the country that coronavirus is so real and to be vigilant and cautious," Bloomfield said.

"They have issued a plea to all New Zealanders: if you are sick and have symptoms stay home and seek advice about getting a test," he said.

Bloomfield said the man's death highlighted the seriousness of Covid-19 and said his thoughts were with Te Hiko's family.

"Ngāti Raukawa has lost a rangatira. They mourn the loss of their loved one.

"I can't imagine how devastating this is for this whānau."

Alan Te Hiko died a few days earlier, in Auckland's Middlemore Hospital on September 4. He was a team leader at the Mt Wellington coolstore and had worked alongside the index case of what was initially labelled the South Auckland cluster.