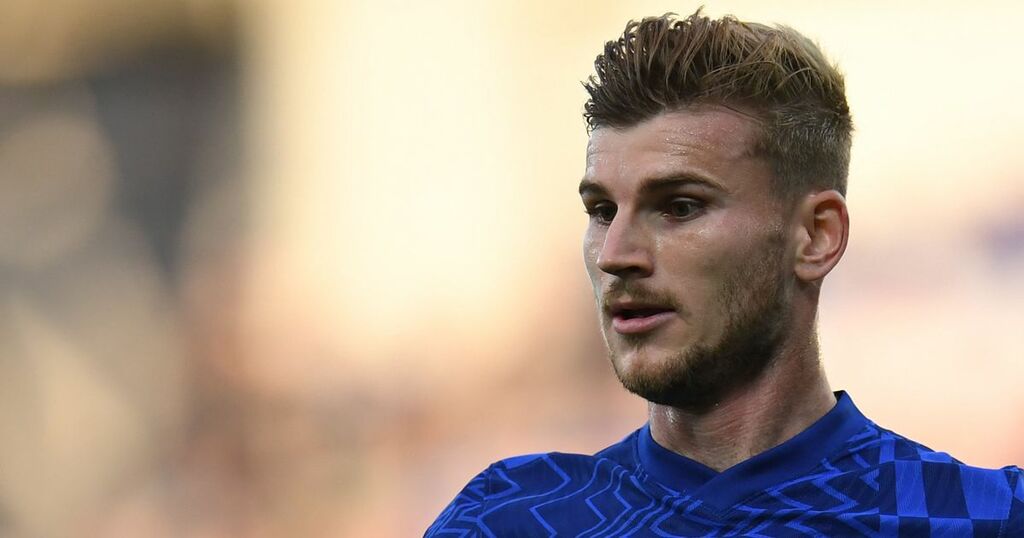 The international break. It never fails to disrupt.

Kai Havertz was the first reason for concern; the German star ruled out of his country's win over Armenia on Sunday due to what Hansi Flick described as mild flu. Then came word from Romelu Lukaku, and this was a far greater worry for Chelsea supporters.

The striker had scored and assisted in Belgium's 3-0 victory over the Czech Republic. Not a bad way for the 28-year-old to celebrate winning his 100th cap. Yet it was after the game the real headline news was delivered.

Due to being suspended for Wednesday's game against Belarus, Lukaku would be returning to Chelsea earlier than expected. But only after he underwent a scan on his thigh.

"I have been struggling with a minor issue for a while," he told Belgian outlet HLN. "[I'll have the scan] then I will return to Chelsea."

Given Lukaku played 81 minutes of Belgium's win on Sunday evening, it's safe to assume his thigh problem isn't hugely serious. Havertz, meanwhile, will hopefully have recovered from his illness by the time he returns to Cobham later in the week.

Yet uncertainty has been created for Thomas Tuchel, who will not be able to pencil either into his starting XI for Saturday's Premier League clash against Aston Villa.

Fortunately, Chelsea have a wealth of attacking options. There is Mason Mount, who is currently away with England. Christian Pulisic, although he may not return until Friday from USMNT duty. Hakim Ziyech and Callum Hudson-Odoi have, meanwhile, spent the international break at Cobham. They will be fresh.

There is another option Tuchel could turn to in the event Lukaku and Havertz are not available this weekend: Timo Werner. Yes, we're going down this road again.

Werner's inconsistencies since arriving at Chelsea from RB Leipzig in the summer of 2020 for £50million have been well documented.

There have been goals, assists, and effective performances. But those have been coupled with frustrating displays and a rather surprising lack of composure in the penalty area.

Confidence has played its part in Werner's struggles at Chelsea – there were several months last term during which he was entirely bereft of it.

"I had these two or three games after the international break where I missed a lot of chances and that was in my head, and after this my confidence was gone,” Werner said in an interview with The Telegraph in May.

“It was like a period that in my head I was going crazy because I missed those chances.

“Sometimes when you come to a new club, you know that everybody has big expectations for you and they want you to score the goals for the club. So maybe that was too much in my head, that I have to score every game, or be the man who scores all the goals.”

Werner arrived at Chelsea with a reputation as one of Europe's most ruthless goalscorers. No surprise given he netted 34 times during his final campaign at Leipzig.

That clinical edge hasn't yet returned to his game. Against Crystal Palace – Chelsea's Premier League opener and Werner's last start for the Blues – he snatched at chances and was frantic when trying to bring passes under control.

What Werner needed was a goal. More than one truth be told. Fortunately, during this international break, he's got two. The first came against Liechtenstein, the second in a rout over Armenia. While not footballing powerhouses, it will have done the 25-year-old the world of good to net in back-to-back matches.

Werner still has another game to play for Germany before he returns to Chelsea. But on the basis he comes through that unscathed, Tuchel then has a decision to make regardless of whether Lukaku and Havertz are fit to face Villa, who will be without first-choice goalkeeper Emiliano Martinez for the contest due after he joined up with the Argentina squad.

For the first time in several months, Werner has goalscoring momentum behind him. The logical choice is to let him carry that into Saturday's game at Stamford Bridge, to put trust in the forward continuing his form.

It would be a gamble for Tuchel; Chelsea can't afford to drop any points in their bid to win the Premier League title. Yet if it paid off, Werner may finally be able to blossom into the forward everyone expected when he arrived a little more than 12 months ago.