Thailand's holding pattern till next poll 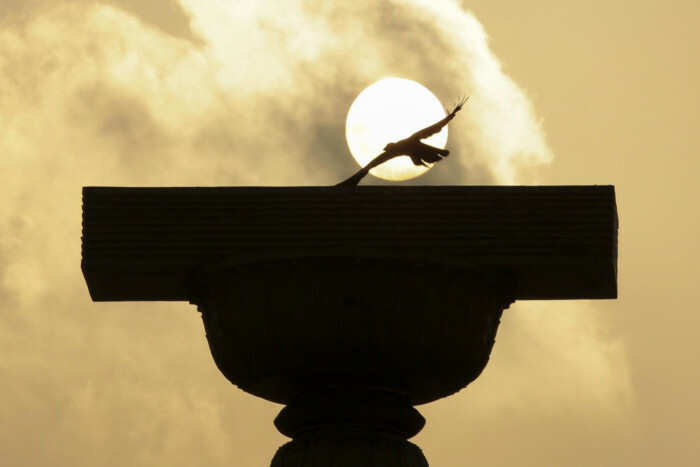 Thailand's recent no-confidence debate in parliament started with a bang and ended with a whimper. Prime Minister Prayut Chan-o-cha and five other cabinet members who were grilled by opposition MPs for pandemic mishandling, budget irregularities and overall mismanagement and incompetence sailed through the parliamentary vote based on the coalition government's strength in MP numbers rather than the merits of its governance.

Having survived well past its midway mark since the March 2019 poll, the Prayut-led coalition government appears on course to stay its full four-year term. Any major political change to the contrary will likely depend on the preference of his political backing rather than his parliamentary accountability.

Under normal circumstances, ruling coalition parties in Thai politics would face the threat of withdrawals by junior partners in the event of corruption scandals and an inept performance that led to a loss of legitimacy.

The last time Thai politics was normal in this way was the 1990s, when coalition governments were brought down by graft scandals and gross mismanagement in 1995, 1996, and 1997. The political changes in 1995 and 1996 resulted in coalition breakups and fresh elections, whereas the prime minister's resignation in 1997 paved the way for the incumbent parliament to choose a successor coalition administration.

Coalition governments in the 1990s were fragile and fractious, characterised by a post-election jockeying for "lucrative" cabinet portfolios where procurement budgets and pork-barrelling were readily available. Political parties were weak, and elected MPs were known to be unscrupulous. But it was a rules-based kind of parliamentary system, a level-playing field with certain boundaries -- without outside interference. Owing to a vibrant media at the time, public scrutiny played a big role in maintaining legitimacy.

When there was a sufficient loss of political legitimacy, governing coalitions were upended, and the electoral wheel was spun anew. And because of favourable structural factors at the time, the Thai economy expanded steadily throughout, except the big dip in 1997-98 during the Asian financial crisis. Thus despite unruly and graft-prone coalition governments back then, there were parliamentary rules and norms to get rid of unpopular administrations.

Then politics became "abnormal" in the 2000s and 2010s. The emergence of a large and powerful political machine around the Thai Rak Thai Party strengthened the parliamentary system in one way but weakened it in another. Coalition governments became more stable and effective but also abusive and excessive without proper checks-and-balances. The stronger, one-party-dominant system around Thai Rak Thai, which by 2005 governed on its own without coalition allies, was met with a military coup in September 2006. While Thai Rak Thai was duly dissolved in May 2007, its successor Palang Prachachon still won the election in December that year. In turn, it was dismantled in December 2008 by the Constitutional Court.

By the time its successor, the Pheu Thai Party, came out on top in the July 2011 poll, the party system had been critically weakened. As Pheu Thai ran a government with a few coalition partners, it faced another military intervention in May 2014. The rules of Thailand's parliamentary game were no longer operational. External and extra-parliamentary interventions from the military and judiciary became the norm for changing elected governments. As a result, the political party system deteriorated from weak and fragile to impotent and ineffectual.

The resultant ruling coalition government that grew out of the 2014 coup and the March 2019 poll has been governing with apparent impunity because the brokerage of Thailand's political power is no longer within but outside of parliamentary confines. Such is the context to understand the recent censure debate and the Prayut government's political durability.

This is a government where a deputy prime minister has been involved a dubious luxury watch scandal, where a deputy agriculture minister is a drug convict, where the public health ministry kept buying a less proven vaccine at higher prices compared to more efficacious jabs. It is a government whose cabinet got away with swearing an incomplete oath of office in contravention of the charter because the Constitutional Court refused to rule on jurisdictional grounds. It is not that the Prayut government possesses Teflon qualities but it appears to be wearing a bullet-proof jacket through which myriad charges and infractions cannot penetrate.

A beleaguered government like this in the 1990s would have been forced to call a snap election due to a coalition breakup. But the ruling Palang Pracharath Party does not have to worry about coalition partners withdrawing support. The junior government partners, mainly the Bhumjaithai and Democrat parties, have more to gain by staying within the coalition than leaving it. And the motley dozen other midget and one-MP parties are more interested in being in government than opposition.

Even though the opposition parties, with Move Forward (Kaoklai) and Pheu Thai in the lead, put in a solid performance in exposing incompetence and apparent graft cases and irregularities -- tasks that the now-docile media have failed to perform -- their effort was futile. The Prayut government seems embattled but it will be able to cling to power as long as its backing among the powers-that-be holds.

Only when backing for Gen Prayut is withdrawn will we see the back of him. But for his backers, the alternative to Gen Prayut may be less pliant and more problematic. Replacing Gen Prayut is difficult because the constitution was designed to put him in power with the junta-appointed senate's backing and constitutional provisions that keep political parties weak.

As a result, Thailand will likely be stuck in this holding pattern of incompetence and dismal performance for the foreseeable run-up to the next election unless the powers that underpin the prime minister decide that Thailand has suffered enough. If the powers-that-be see that the Thai people's hardships that are worsening with the pandemic undermine their own vested interests, then a change of coalition makeup and prime minister may follow.

Otherwise more of the same political malaise and economic stagnation can be expected. The only other discernible catalyst for political change is the street protests that have carried over from last year. But these protests need time to build to make a difference. And protests in Thai politics have functioned as an enabling condition in the past rather than a deciding game changer. Power manoeuvres at the top echelons are how political change takes place. And right now the locus of power in Thai politics appears to prefer continuity and consolidation rather than change and progress.