Thailand's attorney general ordered a new investigation Tuesday into the heir to the Red Bull billions accused of a fatal hit-and-run, following public outrage after his charges were dropped last month.

Vorayuth "Boss" Yoovidhya was accused of killing a police officer in 2012 when he crashed his Ferrari in Bangkok's most exclusive neighbourhood.

The case has dragged on for years, and Vorayuth - the grandson of Red Bull co-founder Chaleo Yoovidhya and one of the heirs to the family fortune - fled the kingdom in 2017.

Last month, police and prosecutors said all charges against the 38-year-old had been dropped, including reckless driving causing death, citing new evidence.

The move spurred widespread anger amplified by trending hashtags on Twitter such as #BoycottRedBull, as his case was perceived as an example of the impunity apparently enjoyed by the kingdom's powerful billionaire class.

It also led to a rare statement by eight members of the sprawling Yoovidhya clan - considered Thailand's second-richest family according to Forbes - who broke ranks to decry it.

Under growing pressure, the attorney general's office, police and the prime minister's office have now each opened probes into why the charges were dropped.

Following a review of the case, the Attorney General's Office (AGO) announced Tuesday they will order police to conduct new investigations into the accident and Vorayuth's alleged drug use.

Traces of cocaine were detected in Vorayuth's system after the accident, according to a police report.

Police told a parliamentary committee last week that they had not pressed drug charges because Vorayuth's dentist said the cocaine was administered for dental treatment.

The AGO said it "agrees to firstly inform police investigators to press charges against him on the use of... cocaine", said Prayut Bejaguna, deputy spokesman.

"They must also open the new investigation on the charge of reckless driving cause death, which has seven years left on the statute of limitations."

"The case is not over yet."

Last week, a defence witness key to clearing Vorayut's name was killed in a motorbike accident in the northern city of Chiang Mai.

Charuchart Martthong had told investigators that Vorayut was not speeding, an account apparently delivered years after the 2012 accident.

The probes launched by multiple Thai agencies would likely have seen the truck driver questioned again.

The former army general on Tuesday urged for calm from the public, calling for them to be patient for the results of all probes.

The Red Bull case has served as a fresh conduit for anger against Prayut's administration - which enjoys close alliances with Thailand's billionaire clans - as it struggles with a flatlining economy due to the epidemic. 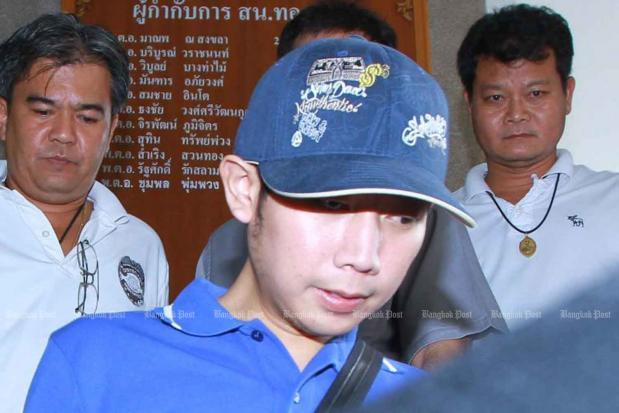