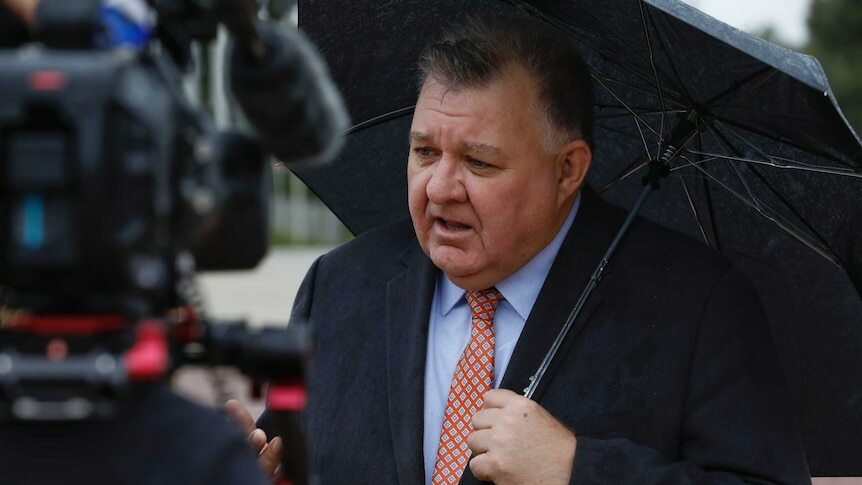 Mr Kelly, who quit the Liberal Party after spruiking unproven remedies for the virus, has been spamming people with text messages containing a link to what he says is the Australian government's COVID-19 vaccine adverse events report.

Lawyers for the Therapeutic Goods Administration (TGA) have written to Mr Kelly accusing him of breaching copyright and "demanding he stop distributing incomplete extracts of the report … which the TGA believes could be seriously misleading".

"The TGA has acted in an effort to ensure that the public receives accurate information about adverse event reports," the TGA said in a statement.

On Monday, TGA boss John Skerritt indicated the regulator was investigating whether Mr Kelly's messages had fallen foul of the law.

Mr Kelly has previously conceded the messages might be annoying, but argued there are worse ways of getting attention.

"If people don't like a text message, they're much less intrusive than the old method of cold telephone calls," he said.

"If someone doesn't like it, it's just a microsecond swipe of the finger and the message is gone."

Mr Kelly has accused the national medical regulator of issuing a "misleading and deceptive" media release about its legal action against him.

"The letter I have received from Maddocks Lawyers in Canberra on behalf of the TGA only has raised an issue of an alleged copyright infringement and nothing more," he said.

"Ultimately, the frivolous copyright issue is a disgraceful diversionary tactic by the TGA."

Mr Kelly said he would "vigorously defend" himself against the copyright breach allegations.