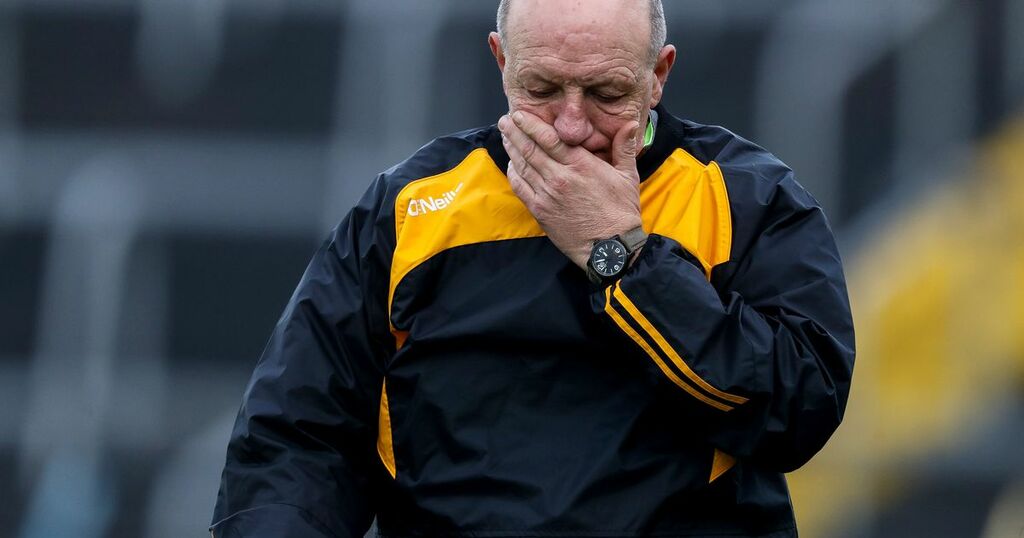 Antrim legend Terence 'Sambo' McNaughton has been praised for his appearance on the latest instalment of Laochra Gael.

McNaughton has previously managed and player for Antrim and is something of a legend in the county but viewers were able to get an insight into 'Sambo' that never had before as he opened up on the episode.

McNaughton revealed that had a speech impediment and was regularly picked on by teachers as they told him to stop stuttering.

And McNaughton did not hold back in his Laochra Gael interview as he spoke about how difficult school was for him.

He said: "School wasn’t a happy place for me. Primary school definitely was a waste of time. I had two types of teachers: The ones that wanted to batter the speech impediment out of me, and the ones that couldn’t deal with it, and ignored me.

“School wasn’t a happy time for me. It just brings back memories, very few good ones. One of the teachers just made me sleep in the class, didn’t know how to deal with me. Other teachers just wanted to beat it out of you. That was the world we lived in.

“My kids today love school. I never had that experience. I always felt that school made me isolated. It was never inclusive for me. I was always an outsider, for different reasons, especially the speech. The speech made me an outsider, and the school made sure I stayed an outsider.

“I never went in to a shop and asked for sweets. I never asked a girl out in my life. I had no self-confidence. I had no self-esteem. I felt, basically, useless in school. I was the dumb one in the class.."

And he added that is was hurling where he finally found himself.

He added: “It’s probably the main reason I enjoyed hurling so much because there was no real communication in it. You could go and take part, and no one cared if you could speak or not.

“By the time I got to secondary school, I was unteachable. I had no homework, so I went home and lifted a stick, pucked the ball against the wall, and that was my life.

“It was the only thing I was half decent at."

And viewers praised McNaughton for his appearance on the show.

And one social media user said: "Great having @Laochra_Gael back on the TV and what a way to kick it off with Sambo. Inspirational man, Tough Upbringing but the power of Sport and GAA giving him an identity and a purpose."

And popular hurling fan and social media figure Buzz Egan said: "His Life Story is AMAZING. Fair play to the GAA people of Ulster. They have my utmost Respect for what they endured during the Troubles. To not only survive but to go on to thrive is a credit to them all"

McNaughton is regarded as one of Antrim's greatest players and managed the county from 2006 to 2009.