Amy Vaughan, an FBI intelligence analyst, led the jury through more than two dozen conversations that Travis McMichael and William “Roddie” Bryan had with others, identified only by their initials, in the months and years before the 25-year-old Black man’s killing.

The FBI wasn’t able to access the phone of Greg McMichael, Travis McMichael’s father, because it was encrypted, Vaughan said.

In a Facebook conversation with a friend, he also shared a video of a young Black boy dancing on a TV show with a white supremacist song that included the N-word playing over it.

He also said that Black people “ruin everything” and said more than once he was glad he wasn’t a Black person, using a racial slur.

In many other social media posts, Travis McMichael, 36, talked of violence against Black people and implied he had inclinations towards remorseless racist violence himself. He said he did not like working with Black people.

He had claimed he shot Arbery in self-defense. Jurors on Wednesday saw Facebook posts that McMichael made lauding vigilantism.

The McMichaels armed themselves and used a pickup truck to chase Arbery when they saw him out running through their coastal Georgia neighborhood on 23 February 2020.

Bryan, 52, a neighbor, joined the pursuit in his own truck and recorded cellphone video of Travis McMichael blasting Arbery with a shotgun. No arrests were made until the video leaked online two months later.

All three men were convicted of murder in a Georgia state court last fall. Their second trial began Monday in US district court on hate crimes charges.

Prosecutors say the McMichaels and Bryan violated Arbery’s civil rights and targeted him because he was Black.

Defense attorneys have insisted the deadly pursuit of Arbery was motivated by an earnest, though erroneous, suspicion that Arbery had committed crimes.

The hate crimes trial is being heard by a jury of eight white people, three Black people and one Hispanic person.

Evidence presented in court on Wednesday showed Bryan also used the N-word and other derogatory characterizations of Black people.

Over a number of years, Bryan exchanged racist messages on Martin Luther King Jr Day that mocked the holiday. In messages sent in the days surrounding Arbery’s killing, Bryan was upset that his daughter was dating a Black man and he used an epithet to describe him.

Greg McMichael, 66, posted a meme on Facebook in 2016 saying white Irish slaves were treated worse than any race in the US but that the Irish were not asking for handouts.

Still, he said he didn’t realize “all that hate was in those three men”.

Defense attorneys didn’t dispute the racist posts. Both McMichaels and Bryan were sentenced to life in prison in the state’s murder case.

A plea deal from the McMichaels that would have averted their hate crimes trial was previously rejected.

During the state trial last year, prosecutors did not focus on racial animus as a motivating factor in the crime. They sought only to prove the men were responsible for Arbery’s death, regardless of motive.

Arbery’s killing was one of many of Black men and women, often at the hands of police, that helped spark racial justice protests in recent years.

The federal trial of Arbery’s killers is the first in which those who carried out such a high-profile killing are facing a jury in a hate-crime trial.

In Minnesota, the federal hates crimes trial of the three former police officers who were with ex-officer Derek Chauvin when he murdered George Floyd in 2020 is ongoing. 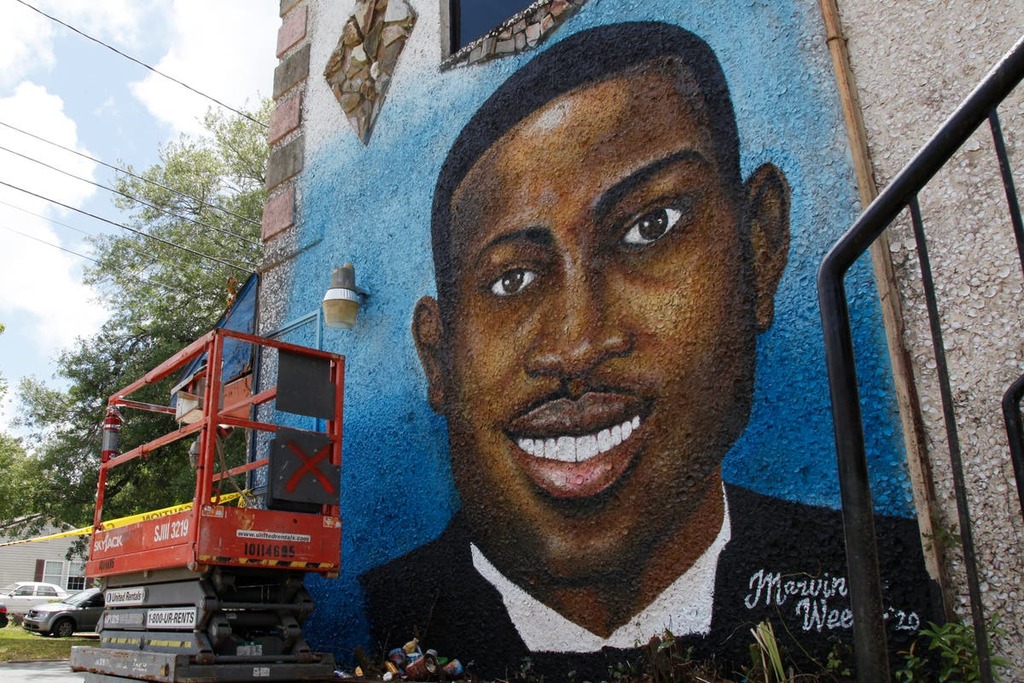 The Independent UK
One subscription that gives you access to news from hundreds of sites
William Bryan used racial slurs about daughter’s date days before killing Ahmaud Arbery, prosecutor says

‘If Ahmaud Arbery had been White, he would have gone for a jog, checked out a cool house under construction,…