Texas Tech guard Kevin McCullar has officially decided to play for the reigning 2022 NCAA National Champions, Kansas, next season if he decides to withdraw from this year’s NBA draft.

The guard announced his decision on Twitter Thursday night.

“As I look to the next chapter of my career, if I decide to withdraw from the NBA draft, I am thrilled to say that I will be playing for the University of Kansas and Coach Self!” McCullar wrote. “At this stage of my life, KU offers me an opportunity to continue to improve my game while still being close to my family.”

McCullar thanked Texas Tech, saying the program “shaped [him] into the man [he] is today.”

Just in March, McCullar helped lead the Red Raiders to the Sweet 16 before losing 78–73 to Duke. A few weeks before, Texas Tech reached the Big 12 championship game where the Red Raiders lost 74–65 to Kansas.

McCullar played three seasons at Texas Tech, averaging 8.7 points, 4.5 rebounds and 1.9 assists per game. He started in 49 games and made 78 appearances.

The 6’6” guard comes in at the No. 91 spot in Sports Illustrated’s Top 100 NBA prospect rankings. 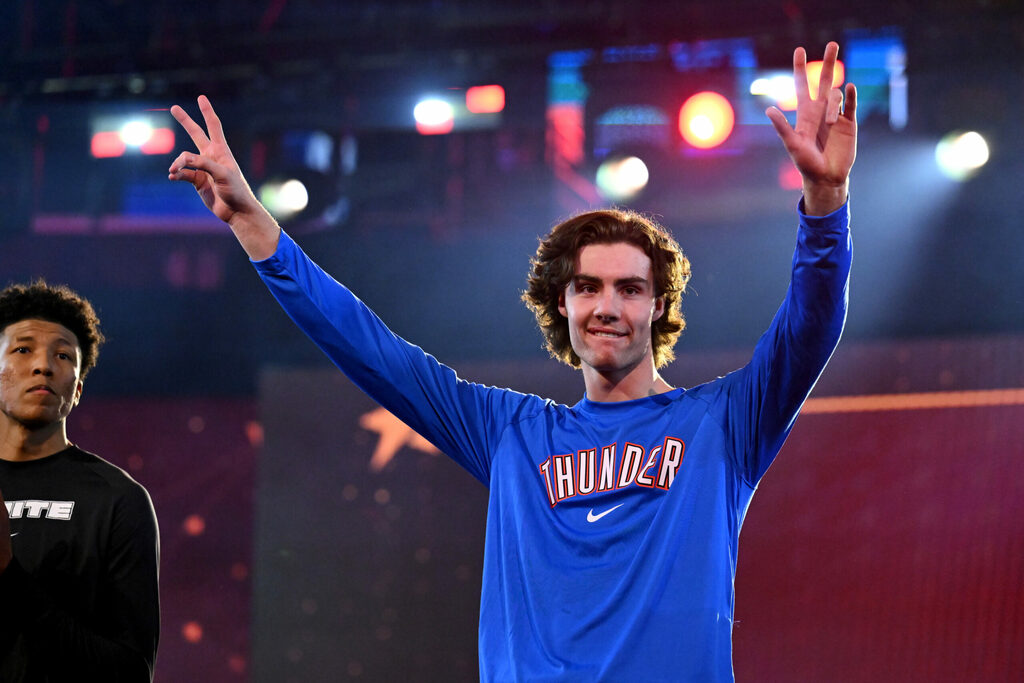 NBA Twitter reacts to Josh Giddey being named on All-Rookie Second Team
The reception was not kind among those in Thunder Twitter, which includes Josh Giddey himself.

Celtics great Bob Cousy had a pick for the greatest small forward ever that some may find questionable.