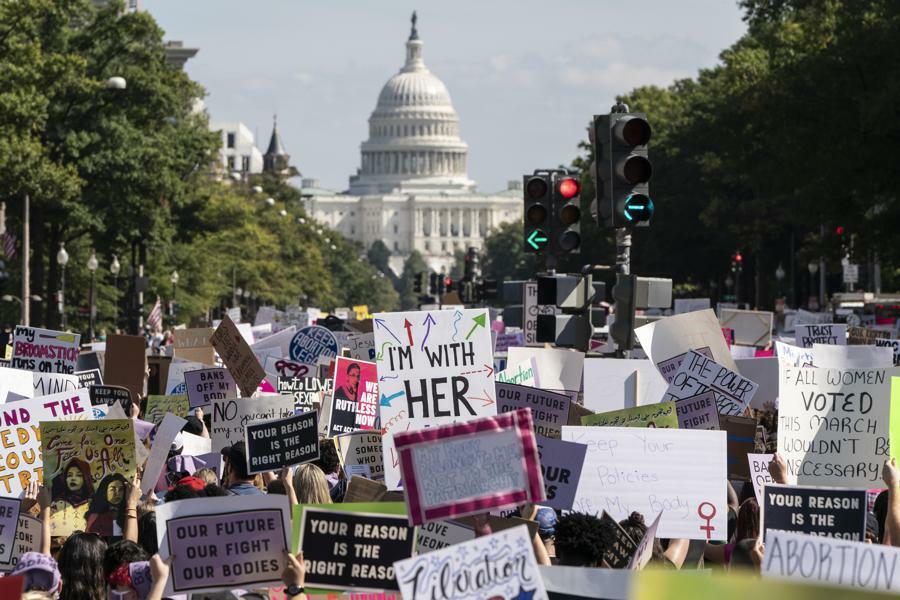 The organization also started the 24-hour process with some patients Thursday morning, meaning they could get care as early as Friday, according to Miller.

“In this climate, every single abortion we can provide is a win,” Whole Woman’s Health tweeted Thursday afternoon.

Texas’ law bans abortions in non-emergency situations if a provider detects fetal cardiac activity, which typically takes place around six weeks into a pregnancy, before many people realize they’re pregnant. The law also puts enforcement in the hands of private citizens instead of government officials, by allowing anybody to sue an individual who “aids or abets” an abortion and collect at least $10,000 in damages if they’re successful. The U.S. Supreme Court declined to overturn the law last month, clearing the way for some of the nation’s most stringent abortion rules since the court’s 1973 Roe v. Wade decision. But on Wednesday, federal judge Robert Pitman sided with the U.S. Department of Justice — which sued Texas — and temporarily halted the law, which he called an “offensive deprivation” of constitutional rights.

Texas plans to appeal Pitman’s ruling, meaning it will move to the often-conservative Fifth Circuit Court of Appeals. If Pitman’s injunction is overturned, people who aided abortions in accordance with his ruling could face lawsuits, because Texas’ law doesn’t allow defendants to argue the law was blocked when an abortion took place. Miller said some Whole Woman’s Health physicians are currently comfortable performing abortions despite this looming legal uncertainty, but a “larger group” plan to wait until the Supreme Court weighs in. “More often than not, good things that happen for us in the district court sometimes get reversed in the Circuit Court [of Appeals],” Miller said.

Texas’ Abortion Law Has Been Struck Down—For Now. Here’s Why That Might Not Last For Long. (Forbes)