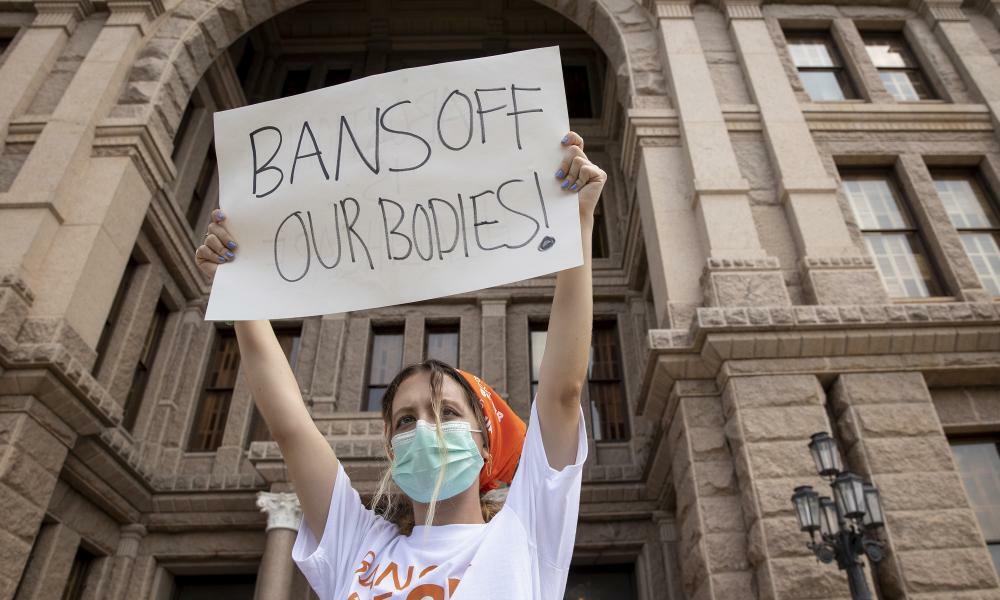 Troubles are mounting for a Texas website used to report violators of the state’s extreme anti-abortion legislation after the site was forced offline by two different web hosting platforms.

The site ProLifeWhistleblower.com was removed from its original web host by the provider GoDaddy on Friday before being suspended by its new host, an agency known for providing services to far-right groups.

“For all intents and purposes it is offline,” Ronald Guilmette, a web infrastructure expert, told the Guardian. “They are having technical difficulties. My personal speculation is that they are going to have trouble keeping it online moving forward.”

As of Tuesday, ProLifeWhistleblower.com redirects to Texas Right to Life’s main website.

Created by Texas Right to Life, an evangelical Christian group, the site allowed people to anonymously submit information about potential violations of the new law – which makes it illegal to help women in Texas access abortion after the sixth week of pregnancy.

The website’s difficulties were compounded when GoDaddy, which provides the servers where the website lives, said the site had violated its privacy policies that bar the sharing of third-party personal information including data related to medical issues such as abortion.

The site was then moved to Epik, according to domain registration data first reported by Ars Technica. Epik is known for its “anything goes” attitude towards web hosting, servicing sites that other companies have deplatformed elsewhere for hate speech and other content violations – including 8chan, Gab and Parler.

According to reports from the Daily Beast, Epik contacted the website about potential violation of its own rules concerning the collection of medical data about people obtaining abortions.

“We contacted the owner of the domain, who agreed to disable the collection of user submissions on this domain,” it said in a statement to the Daily Beast.

Epik representatives did not respond to a message seeking comment on Tuesday. As of the time of publishing at 2pm PST on Tuesday, Epik remained the host for ProLifeWhistleblower.com, according to domain registration data available online, although the site does not appear to be operational.

A Texas Right to Life spokeswoman, Kimberlyn Schwartz, said on Tuesday that the website was in the process of moving to a new host, but was not yet disclosing which one.

The original website allowed anyone to submit an anonymous “report” of someone illegally obtaining an abortion, including a section where images can be uploaded for proof.

“Any Texan can bring a lawsuit against an abortionist or someone aiding and abetting an abortion after six weeks,” the website reads, and those proved to be violating the law liable for a minimum of $10,000 in damages.

Schwartz said they were working to get the tipster website back up but noted that in many ways it was symbolic since anyone can report a violation. And, she said, abortion clinics appear to be complying with the law.

“I think that people see the whistleblower website as a symbol of the law but the law is still enforced, with or without our website,” Schwartz said, adding, “It’s not the only way that people can report violations of the law.”

Rebecca Parma, Texas Right to Life’s senior legislative associate, said they expected people to try to overwhelm the site with fake tips, adding “we’re thankful for the publicity to the website that’s coming from all of this chatter about it.”