Texas Abortion Ban: Here’s Where The Lawsuits Against It Currently Stand As Court Blocks Challenges Against Planned Parenthood 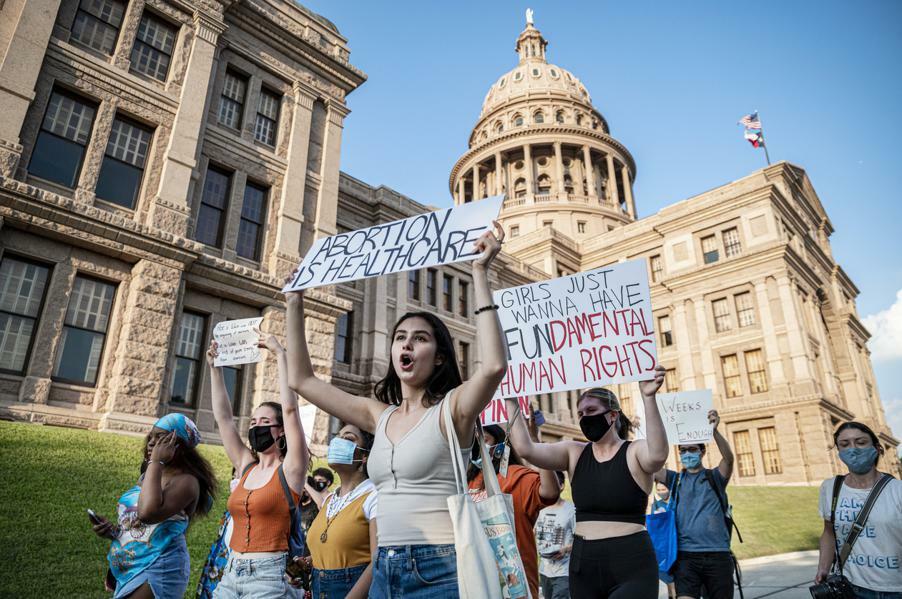 Abortion rights advocates received a narrow win regarding Texas’ near-total ban on the procedure Monday as a court temporarily blocked anti-abortion group Texas Right to Life from suing Planned Parenthood under the law, in one of a string of lawsuits challenging the controversial legislation—here’s where the major litigation against the ban stands now:

A judge in Travis County, Texas, granted a temporary injunction that stops Texas Right to Life from suing Planned Parenthood and its employees under the law, which grants private citizens the power to enforce the abortion ban through lawsuits brought against abortion providers and others who “aid and abet” an abortion.

The judge had already blocked Texas Right to Life from suing Planned Parenthood until September 17, but this injunction—which was reached through an agreement between the two parties—will last as long as the litigation takes to play out, which will be at least through a trial scheduled to begin on April 4, 2022.

The Planned Parenthood lawsuit is one of at least two narrowly tailored rulings that block lawsuits against specific plaintiffs, as the Travis County court also separately temporarily blocked Texas Right to Life from bringing lawsuits against an individual plaintiff.

A broader lawsuit brought by abortion providers seeking to entirely strike down the law is pending in the lower federal courts after the U.S. Supreme Court chose not to strike it down.

An appeals court issued a stay on Friday keeping the law in effect while it considers the question of whether the appeals court has jurisdiction over the case, blocking a district court from considering the case for a second time.

The U.S. Department of Justice brought its own lawsuit against Texas last week seeking to strike down the law, which remains pending in federal court.

Planned Parenthood is “relieved” by the court’s temporary injunction and the order will provide “some protection from frivolous suits as litigation against this blatantly unconstitutional law continues,” Helene Krasnoff, vice president for public policy litigation and law at Planned Parenthood Federation of America, said in a statement Monday. “This temporary injunction is an important step, but it is not enough relief for our staff and the seven million women of reproductive age in Texas for whom abortion care remains virtually inaccesible.”

Texas Right to Life spokesperson Kim Schwartz dismissed the temporary injunction in a statement Monday, noting it does not block other citizens from suing Planned Parenthood or Texas Right to Life from suing other abortion providers. “Thus, today’s ruling ultimately has no effect on the Texas Heartbeat Act or the risk the abortion industry is taking if they violate this life-saving law,” Schwartz said. She also noted that as part of their court proceedings, the court blocked Planned Parenthood’s attempt to make public the names of other anti-abortion advocates that Texas Right to Life worked with in drafting the Texas law.

The Texas abortion law, known as Senate Bill 8 (SB 8), blocks abortions after a “fetal heartbeat” is detected—a term medical experts criticize for being factually inaccurate—which is approximately six weeks into a pregnancy. The law, which only has an exception in the case of medical emergencies, is expected to block approximately 85% of abortions in the state, as it cuts off abortions before many people even realize they’re pregnant. While similar state-level abortion bans have been struck down in court before they could even take effect, SB 8’s decision to use private litigation instead of the government to enforce the ban was designed to evade legal scrutiny and make the law harder to challenge in court, a tactic that other states will likely copy. That strategy has already paid off at the Supreme Court, as the court ruled it was too soon to know whether the defendants in the case would even try to enforce the ban in a way that merited a legal challenge. Texas Right to Life, which helped draft SB 8, is a key group expected to enforce the law through private lawsuits, launching a website designed to collect tips about abortion advocates who could potentially be sued under the law. Web hosting company GoDaddy shut down the website, however, and the site’s URL currently redirects to the organization’s main website.

How litigation against SB 8 will eventually play out. While the Supreme Court declined to block the law because they said it was too soon to challenge it, they did not rule on the constitutionality of the law itself and said their ruling did not block future legal challenges. Any questions about the law’s constitutionality could also play out whenever an anti-abortion plaintiff decides to sue someone who “aids and abets” an abortion and the law is debated in court, which Texas Right to Life legislative director John Seago previously told Forbes is how he expects it will ultimately be determined whether or not the law can stand. While SB 8 presents thornier legal issues than other states’ government-enforced abortion bans, some legal experts still predict the law will ultimately be easily struck down. “It’s very likely it will be found unconstitutional,” George Washington University constitutional law professor Jonathan Turley told the Associated Press. “Courts are likely to make fast work of the Texas law.”

How a separate lawsuit now playing out at the Supreme Court could affect the Texas law. The Supreme Court will hear a case next term on Mississippi’s 15-week abortion ban, which could potentially result in the conservative-leaning court significantly weakening or overturning its precedent on abortion rights in Roe v. Wade and paving the way for state-level abortion bans to freely take effect. The Supreme Court could “scuttle a half-century of precedent and invite states to ban abortion entirely” should it side with Mississippi, abortion providers wrote in a brief to the court filed Monday, predicting a ruling against abortion rights would result in a “cascade” of anti-abortion laws.