Texans WR Anthony Miller expected back against the Browns 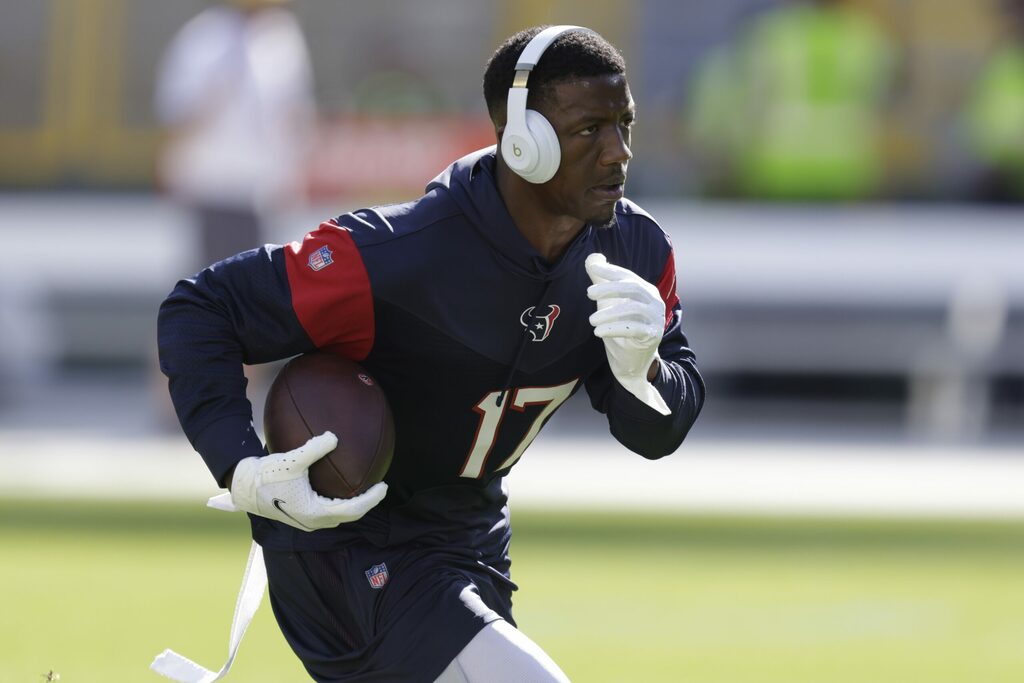 HOUSTON — A day after recording a total of 449 yards during their 37-21 victory over the Jacksonville Jaguars, the Houston Texans may obtain an additional offensive weapon ahead of Week 2. Monday morning, coach David Culley announced that Anthony Miller will likely make his Texan debut Sunday against the 0-1 Cleveland Browns.

Miller, 26, has been sidelined due to a slightly separated shoulder sustained during Houston’s preseason opener against the Green Bay Packers. He left the game after recording two catches for 15 yards. Miller made his return to practice last week but remained sidelined due to the injury.

“With injuries, you never know what’s going to happen,” Culley said. “We could’ve played him this past week, although we wanted to make sure that everything was good with him. He practiced, he did a really good job for us, but when we got to that decision, we wanted to make sure that for the long haul, that he’s ready to go, and we’ll just see how it goes this week.”

Miller will return to a team that now features two slot receivers following the addition of Danny Amendola, which brings the Texans wide receiver total to six. The Texans acquired Miller in a trade with the Chicago Bears, where Houston sent a 2022 seventh-round pick in the exchange.