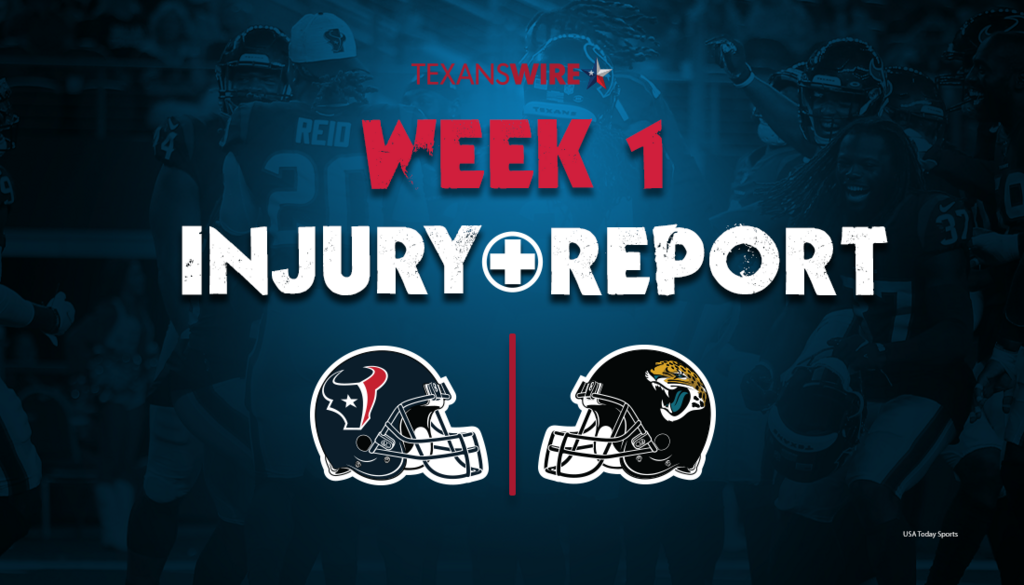 The Texans declared quarterback Deshaun Watson (not injury related) and safety Lonnie Johnson (thigh) as out. Both were non-participants in practice for the third straight day.

Houston also had defensive end Jonathan Greenard (illness) and linebacker Kevin Pierre-Louis (thigh) as non-participants in practice. For Greenard, it was the first time he made the list, while Pierre-Louis was a non-participant for the second straight day after initially being limited on Wednesday.

For the Jaguars, cornerback Tre Herndon is out. Cornerback Tyson Campbell (calf) and edge rusher Jordan Smith (knee) were both questionable.