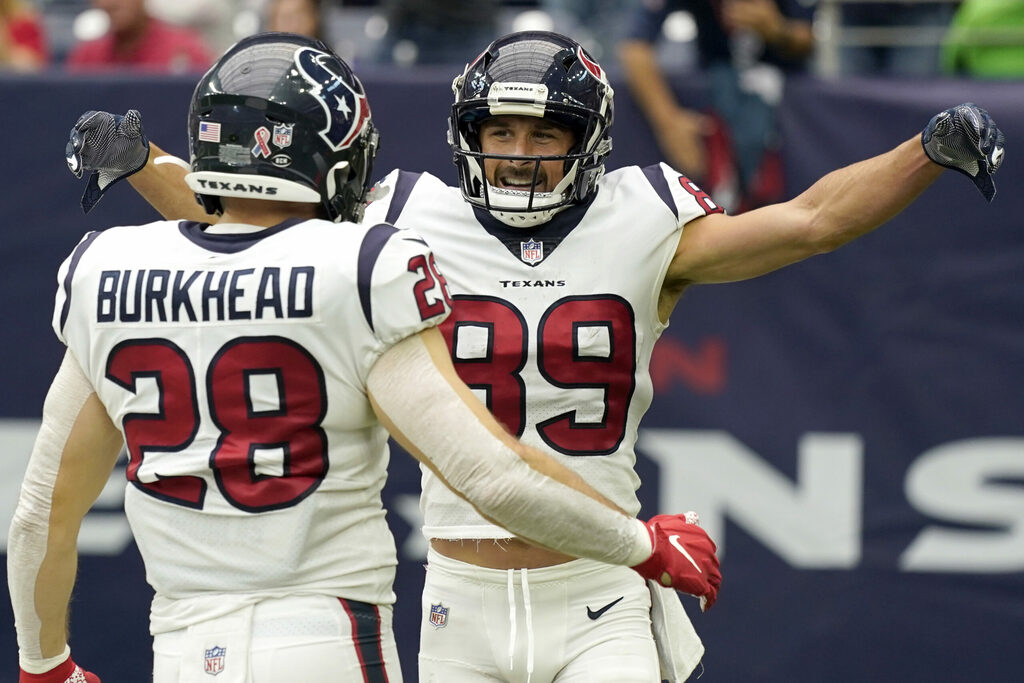 Jaguars drive 10 (continued) — The Jaguars weren’t able to convert the third-and-3 from their own 28 and had to punt it away.

Texans drive 11 — QB Tyrod Taylor has a nice run that goes for 29 yards to the Jacksonville 22-yard line, and then a late hit out of bounds extends it another 11 yards. However, Taylor can’t connect with TE Jordan Akins for a touchdown on third-and-6 from the Jaguars’ 7-yard line. K Joey Slye nails a 25-yard field goal. Texans, 37-14

Texans drive 12 — The Texans aren’t able to get much done besides burn clock. The attitudes are starting to get chippy.

Jaguars drive 12 — DE Whitney Mercilus is able to get his first sack of the season to back up the Jaguars and effectively kill their drive.

Texans drive 13 — The Texans melted more clock and continued to lean on the run game before punting the ball back to the Jaguars.

Texans drive 14 — Taylor takes a knee, and the Texans are 1-0 and leading the AFC South. The Indianapolis Colts and Tennessee Titans both lost Sunday.