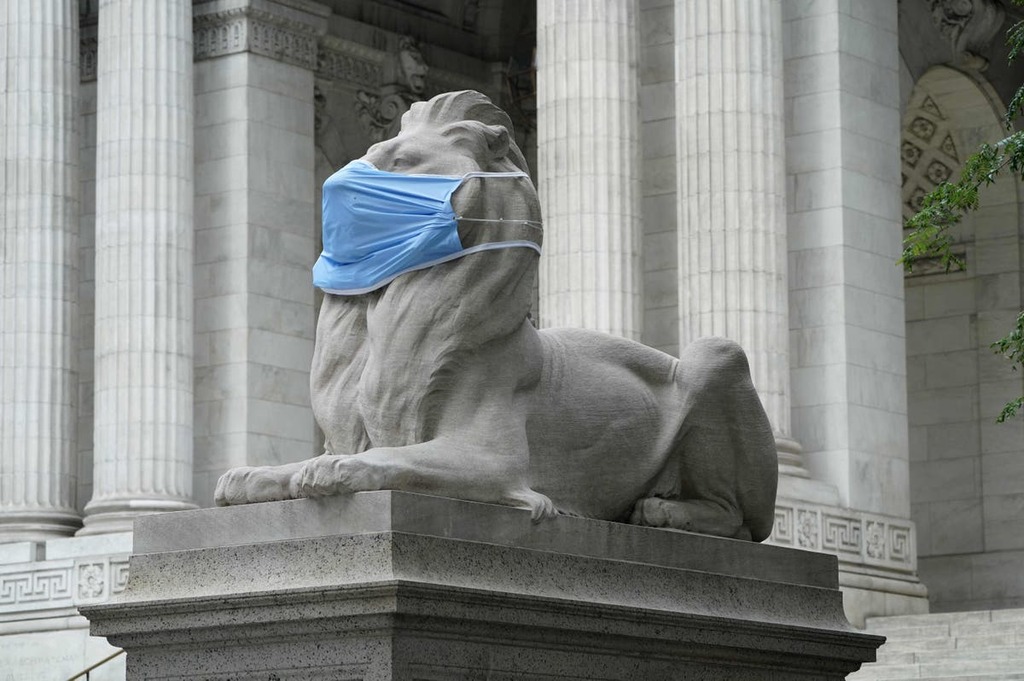 Nine Omicron symptoms affecting fully vaccinated — and two early signs you might have it
Fainting and fatigue may signal onset of Omicron, experts say

The Independent UK
Is a Common Virus Suddenly Causing Liver Failure in Kids?

No one knows exactly why hundreds of kids have shown up with hepatitis, but investigators have some ideas.

Fainting and fatigue may signal onset of Omicron, experts say

The Independent UK
One subscription that gives you access to news from hundreds of sites
Covid-19 symptoms to look out for based on vaccination status. Read here

Livemint
Four strange Covid symptoms you might not have heard about

Testing negative to Covid but still feeling ill? Here’s what else is making us sick

As the weather gets colder, it’s no surprise that more of us are hearing about sick friends or colleagues, or have experienced the dreaded symptoms ourselves: cough, fever, sore throat, runny nose.

But negative rapid antigen or PCR tests have some asking the question: if not Covid, what’s making us sick?

What’s causing my symptoms, if not Covid?

After historically low transmission in previous years as a result of the pandemic, influenza cases are now on the rise. In New South Wales, they have doubled in a week: the state reported 2,000 cases in the week to 7 May, compared with 1,024 the week before.

The latest data from the FluTracking surveillance network – which monitors for respiratory symptoms each week in more than 60,000 volunteers across Australia – found that respiratory illness levels are trending upwards, particularly in children aged 17 and under.

The network asks participants to log symptoms including fever, cough, sore throat, headache and runny nose, and tracks the proportion of symptomatic people who test positive for Covid or influenza.

Of people who were symptomatic in the week to 8 May, more than half tested positive for Covid.

“We think that the second Omicron wave has peaked,” says the FluTracking creator Craig Dalton, a conjoint associate professor at the University of Newcastle.

Dalton says there has been a rapid rise in influenza cases in children under five. “Some of them would not have seen flu at all in their lives.

“This is a common occurrence in infectious diseases where there is some immune protection … that comes with age – that you had time to encounter a range of different diseases and develop immunity.”

Flu cases in people over 65 were “sitting pretty flat”, Dalton says. “That could be a combination of [high] vaccination in the elderly, and prior immune response.”

In addition to influenza, there’s also transmission of rhinovirus – the common cold virus. “It hasn’t taken off. In fact, it was higher about a month ago, but it’s still there,” Dalton says. “About about one in four to one in three people who are tested for the common cold virus are positive at the moment.”

How bad will the flu season be?

“The biggest reason to have a big flu year is a change in the actual virus,” Dalton says. “It’s too early to say at this stage.”

“This year is going to look really bad because of the increased testing,” Dalton says. “Lots of people who go and get a Covid test at a drive-through [clinic] will also now be getting a flu test. That increased testing will lead to a massive increase in detection of flu.”

Experts will then need to look at the proportion of flu tests that come back positive to determine whether higher figures are just due to increased testing, or if flu activity is truly higher compared with previous years.

How common is ‘flurona’?

“Flurona” refers to infection with both Covid and influenza at the same time and does not mean the viruses have merged. Co-infection is possible but uncommon – it affects an estimated less than 1% of people with Covid in the general population.

Nigel Stocks, a professor of general practice at the University of Adelaide, previously told Guardian Australia that the risk of co-infection with two viruses existed prior to the pandemic.

“In the past it was influenza and respiratory syncytial virus or rhinovirus,” Stocks said. “Some unlucky people can be infected with both [influenza] A and B at the same time, but that’s very unusual.”

Co-infection with both Covid and the flu can increase the severity of symptoms. One study of more than 212,000 people in the UK of people admitted to hospital for Covid found that those co-infected with influenza had four times greater odds of being put on mechanical ventilation, and twice the odds of dying in hospital.

Experts have been warning for weeks against complacency around influenza vaccines this winter.

Influenza vaccine coverage in Australia dropped last year compared with 2020. According to an Atagi statement published in December, there was an estimated 20% reduction in flu vaccination uptake in young people aged five to 14.

Influenza vaccinations are free for groups at highest risk, including children aged six months to five years, and people who are over 65, pregnant or have chronic health conditions.

The flu shot and Covid-19 booster can be administered on the same day.

“My recommendation is that you get each vaccine in a separate arm, so if you do get a sore arm you know which vaccine has caused that particular side-effect,” Australia’s deputy chief medical officer, Prof Michael Kidd, said last month.

“If you have had a particularly rough time after one of your Covid-19 vaccines or after a previous influenza vaccine, you may choose to space out getting the vaccines.”

Nine Omicron symptoms affecting fully vaccinated — and two early signs you might have it
Fainting and fatigue may signal onset of Omicron, experts say

The Independent UK
Is a Common Virus Suddenly Causing Liver Failure in Kids?

No one knows exactly why hundreds of kids have shown up with hepatitis, but investigators have some ideas.

Fainting and fatigue may signal onset of Omicron, experts say

The Independent UK
One subscription that gives you access to news from hundreds of sites
Covid-19 symptoms to look out for based on vaccination status. Read here

Livemint
Four strange Covid symptoms you might not have heard about