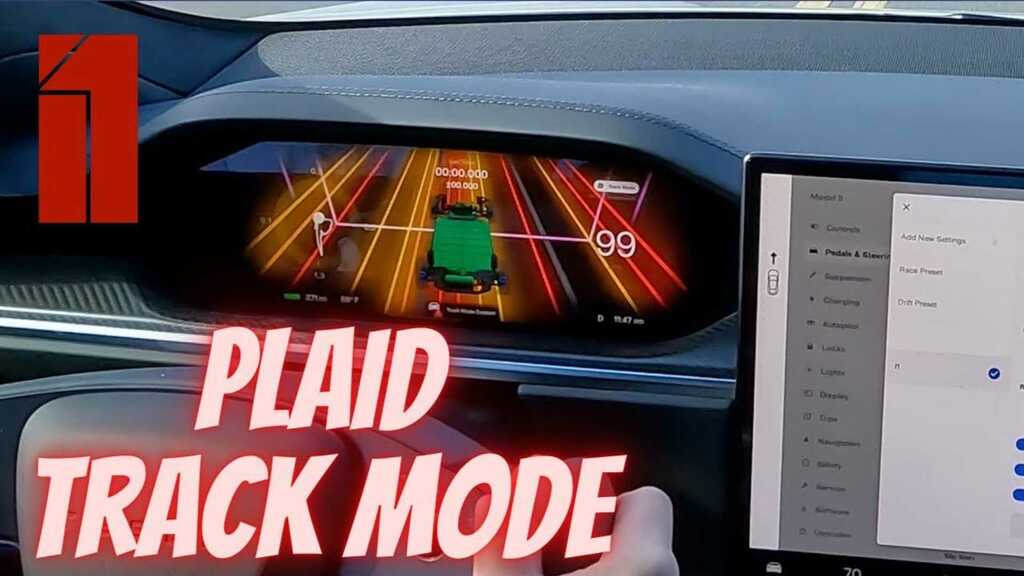 Our friend Brian Jenkins from i1Tesla is the proud owner of a new Tesla Model S Plaid. He recently got the update that welcomed the new Track mode feature, so it's time to test it out. Jenkins wonders how it compares to Drag Strip mode, as well as whether or not it has any impact on power.

If you're not familiar with Jenkins, he was one of the first Model Y owners in North Carolina. He's also been known to hang out with Kyle Conner at the track, and he turned his Model Y into an awesome Overlanding EV.

With Jenkins' love for Teslas and the track, it comes as no surprise he picked up a Model S Plaid. To test out Track mode, Jenkins charges his Plaid to nearly 100%. While it's finishing charging, he explains that Track mode seems similar to the feature in the Model 3 Performance.

Track mode allows you to optimize driving dynamics by giving you control over thermals, drive systems, and suspension. Jenkins takes us through the settings on the Tesla's touch screen. It's fascinating to see how much control and flexibility the feature offers.

After explaining Track mode, Jenkins heads out to a favorite spot to do some zero-to-60-mph runs. He begins by putting the Plaid in Drag Strip mode, and it's at 100% peak performance. Even though this is a non-prepped surface and not the most ideal conditions, the Model S rockets to 60 mph in 2.38 seconds (2.18 seconds with rollout).

He tests Track mode the same way. Interestingly, when Track mode is engaged, the car doesn't go into a launch mode as it does with the Drag Strip feature, which sort of makes sense since the "track" is not necessarily the same as the "strip."

The zero-to-60 run in Track mode was completed in 2.55 seconds (2.33 seconds with rollout). So it appears it's a bit less powerful than it is when Drag Strip mode is engaged. Again, a feature for the strip should have the quickest acceleration, though a feature for the track should focus more on handling.

Keep in mind, Jenkins did three total runs, and the run with Track mode was the final run. There's a chance the slightly slower acceleration could have been partly due to a lower state of charge. However, it would make the most sense that Drag Strip mode – plus Launch Mode – increases power and improves acceleration.