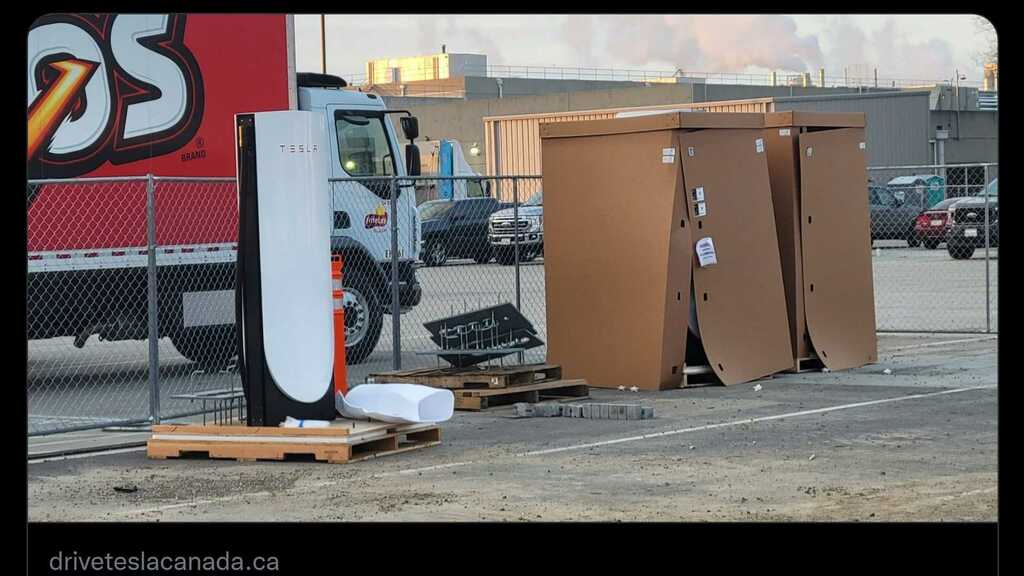 Tesla is progressing with the launch of the Tesla Semi and - associated with it - installation of first Megachargers at customers' facilities.

According to the exclusive report and photos provided by Drive Tesla, Tesla is installing the first Megachargers at the Frito-Lay’s facility in Modesto, California (permit was received in November 2021) to support deliveries of the first Tesla Semi deliveries for PepsiCo.

As we know, PepsiCo eagerly expects to get Tesla all-electric Class 8 trucks - it didn't happen before the end of 2021 (as the CEO Ramon Laguarta hoped) but might happen in January.

The Megacharging site under construction is expected to have four stalls and, due to very high power output of up to 1.5 MW, according to Drive Tesla, the chargers are combined with a Megapack energy storage system that will prevent the peak electricity surges from the grid.

"All of the electrical appears to have been completed, with a bank of 8 Green Line High Efficiency Transformers, Megacharger boxes, and control/breaker cabinets for the system already installed.

A large Megapack battery storage system has also been installed."

Meanwhile, Tesla installed a Megacharging station at the Giga Nevada battery gigafactory, where the Semi entered limited production - according to unofficial reports.

PepsiCo expects 15 Tesla Semis (out of 100 on order) - it's a small number that might be delivered under a pilot program, we assume. Tesla's CEO Elon Musk excluded volume production and, as we understand, the Semi needs at least a year until it enters series volume production in 2023.

A lot depends also on the volume availability of Tesla's 4680-type cylindrical cells, which are supposed to be a key element for the Tesla Semi.

Anyway, within several weeks, we might see the first Tesla Semi in action in a customer's fleet.