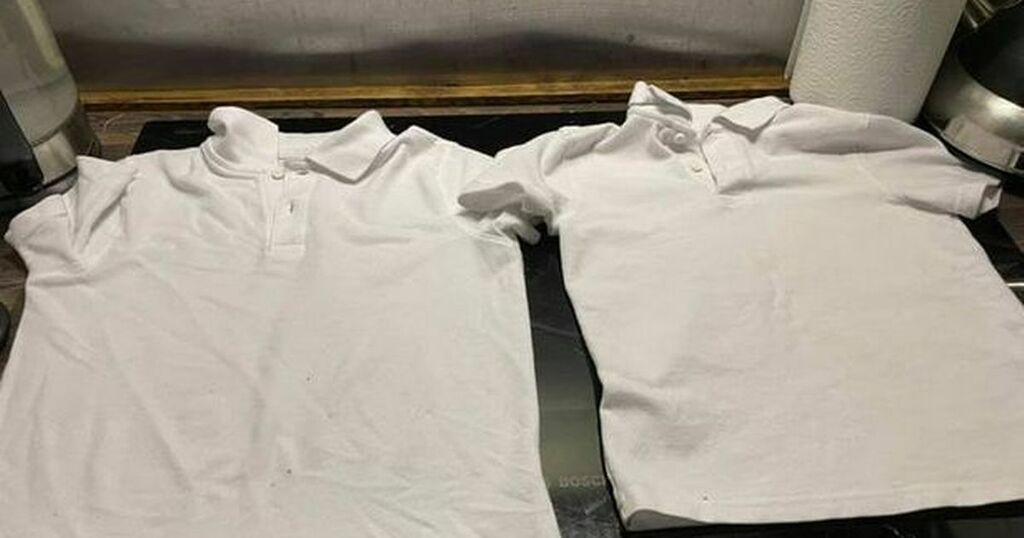 A Tesco shopper revealed she was left in a 'panic' after taking her son's school uniform out of the wash to find it had shrunk.

The mum was astounded after washing her son's school shirt, which she bought from the supermarket chain, just once.

The woman, who wants to remain nameless, bought a pack of two white polo shirts from Tesco in Southport, Liverpool.

But after washing one, she noticed it looked completely different from the other.

Posting on Facebook she wrote: "Same shirt, same packet; one wash at the correct temperature. Nothing else in the wash was shrunken! Seriously! Nice one Tesco."

The woman went on to say she then washed the second one, making sure she followed washing instructions to the letter - and it shrunk even smaller than the first.

She has since had a refund from the supermarket giant, the Liverpool Echo reports.

One mum commented: "This happened to me too, I had a panic they'd put loads of weight on or something."

To which the original poster replied: "Same here! Been saying for months we couldn't keep up with his growing."

A Tesco spokesperson said: “We take great care to ensure that all our clothes are made to last and that the washing instructions are clearly labelled.

"We’re sorry to hear about this and we’re investigating with our product team.”