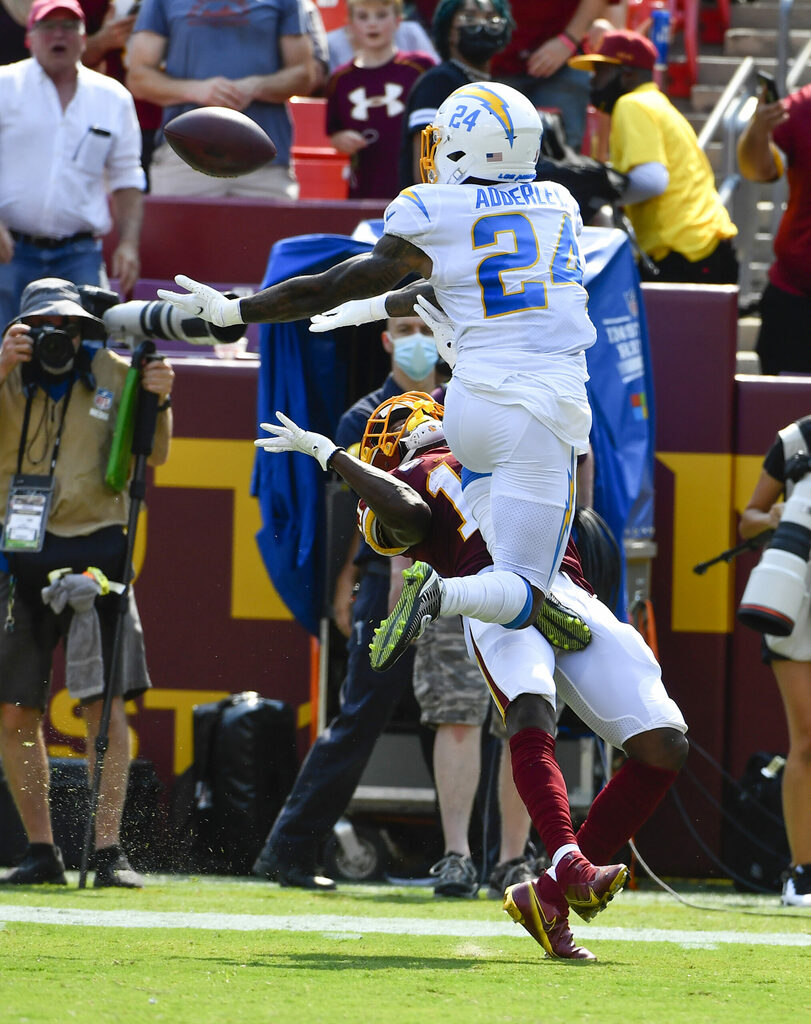 Washington wide receiver Terry McLaurin did not receive one target in the first half of Washington’s 20-16 season-opening loss to the Los Angeles Chargers on Sunday.

It didn’t take long for McLaurin to get to work in the third quarter with Taylor Heinicke under center in place on injured starter Ryan Fitzpatrick.

On Washington’s first drive in the third quarter, McLaurin was targeted three times, he caught all three passes, and the Football Team found the end zone for the first — and only — time on Sunday when Heinicke found Logan Thomas for an 11-yard score.

Before Thomas scored the touchdown and gave Washington a 16-13 lead, McLaurin made one of the best catches you’ll see all year. Fortunately, McLaurin was mic’d up on Sunday and we see things from his perspective.

“Good ball, there it is,” McLaurin told his quarterback.

After the series, McLaurin was on the sideline, talking to teammates and coaches.

“Man, that was the hardest catch of my life,” McLaurin said. “That was like over my head, on the left.”

It was truly a spectacular catch. McLaurin would end the day with four receptions for 62 yards.