"Terrifying, painful, and traumatic": The shocking ordeal of mum who gave birth to still-born baby girl in prison toilet 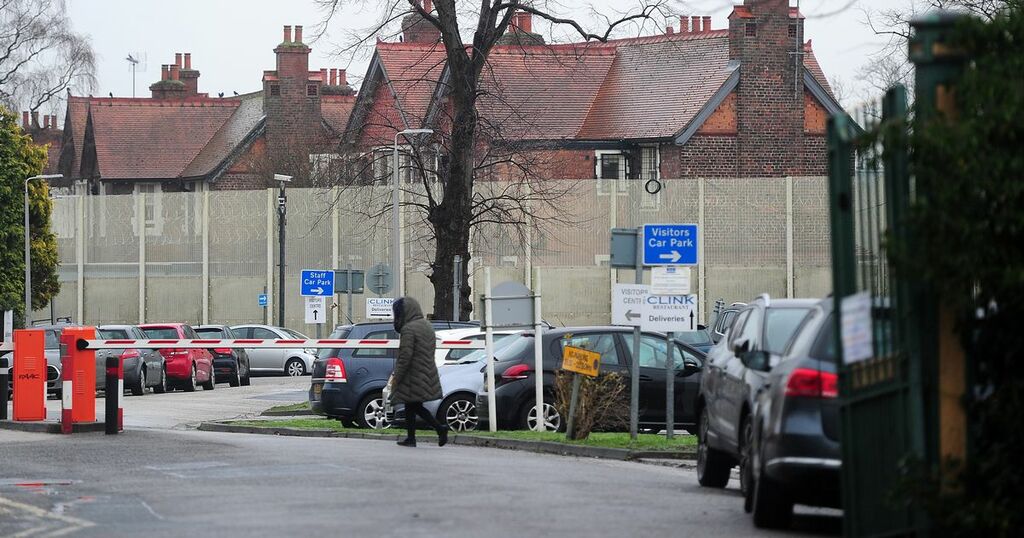 An inmate gave birth to a still-born baby in a prison toilet in agony, without specialist medical assistance, or pain relief, a watchdog has found.

Today, Prisons Minister, Victoria Atkins, said the shocking circumstances of the incident at HMP Styal, near Wilmslow, Cheshire, "should never happen to any woman or child".

The 30-year-old mother did not know she was pregnant and told staff she couldn't be as she did not have sexual relationships with men. She had refused a pregnancy test when she arrived at prison.

READ MORE: Greater Manchester mum facing prosecution on why she's not sent her children back to school for 20 MONTHS

But during the trauma of the birth she remembered an incident in September 2019 when she had woken up in unfamiliar surroundings with no memory of the night before. She said that she suspected that her drink had been spiked.

Now, the prisons watchdog has recommended that the Director of Health and Justice for NHS England should ensure that nurses in women's prisons receive training in recognising the signs of early labour.

It also says all staff in all women's prisons should be given guidance on what to do in the event on an unexpected birth.

In a critical report, the Prisons and Probation Ombudsman (PPO) says there were missed opportunities to identify that the woman, referred to as Ms B, in a report, needed urgent medical attention in the hours before the birth.

The PPO investigation report found that fellow prisoners and staff had no suspicion that Ms B was pregnant before she gave birth in an emergency on the evening of June 18th 2020.

Her roommate, a mother of four herself, only recognised possible signs in hindsight.

The Ombudsman said that she was satisfied that prison staff did not miss any obvious signs that Ms B was pregnant during her three and a half months at Styal, but was critical of failures to support her on the day of the birth.

The woman had been sentenced to 35 weeks on March 2nd 2020 for assault by beating, criminal damage, and using threatening words and behaviour. She arrived at Styal the same day. It was the first time she had been in prison.

She gave birth to a baby girl – possibly at the stage of 27-31 weeks of gestation – in the toilet of her houseblock.

“Even at a distance this is a deeply sad and distressing case,” she added.

The investigation found that a prison supervising officer (SO) made three calls to the duty nurse, raising concerns about Ms B, during a period of two hours from shortly before 7pm on June 18th.

The nurse, without seeing Ms B and with inadequate reference to her medical file, concluded incorrectly that she was bleeding and suffering severe stomach pain as a result of a painful period. The nurse did not go to see Ms B.

Mrs McAllister’s report said: “We do not consider that (the nurse) should have concluded from the information provided by (the SO) that Ms B’s situation was a maternity emergency.

"However, acute abdominal pain can have a variety of causes, some of which are very serious. We consider that the information provided by the SO was sufficient to have caused the nurse to visit Ms B, and that she should have done so.

“Regardless of the cause, it is not acceptable that anyone should be in unexplained acute pain for several hours without proper assessment or consideration of pain relief.

"Had proper triage taken place, Ms B might have given birth in hospital with proper clinical support and medication instead of in a prison toilet with untrained staff.”

The report says: "Several officers thought Ms B was pregnant when they saw her during the evening of 18 June, but they all accepted Ms B’s conviction that she could not be. We do not criticise them for this.

"The officer on Ms B’s houseblock acted appropriately to alert the duty nurse to Ms B’s condition and update her when the situation changed.

"The duty nurse did not review Ms B’s record sufficiently or go to see Ms B as she should have done. She failed to fully assess Ms B’s clinical situation, and this was a serious error of judgement."

It adds there was a communications failure at Styal during the emergency response that led to a delay in calling an ambulance and in providing the ambulance service with sufficient information to properly triage the emergency.

But all the staff who tried to help Ms B and Baby B during and after the delivery acted "with humanity and to the best of their abilities".

The report says health assessments used across the prison service do not reflect the gender specific standards introduced by Public Health England and do not readily facilitate the discovery of denied pregnancy (the clinical term for when a woman is unaware of, or unable to acknowledge, the existence of her pregnancy).

"There is no guidance to staff on what to do in the event of an unexpected birth. Nurses in women’s prisons should have training in reproductive health, long acting reversible contraception and recognising early labour," says the report.

The Ombudsman said the PPO is not able to say whether the baby could have survived if Ms B had been taken to hospital earlier that evening. “We consider that this would need to be determined by a court on the basis of expert evidence commissioned for that purpose.”

The PPO report says that there are a number of reasons why a woman in prison might not know she is pregnant or might deny pregnancy. It says is important that prisons do all they can to identify pregnant women.

More could be done to make pregnancy tests available and to explain the risks of not having one if there is any possibility the woman might be pregnant, it says.

The report recommends that women are offered a pregnancy test at both the initial and secondary health assessments after arriving at prison.

It makes a total of 16 recommendations including that the Head of Healthcare and Director of Nursing for Spectrum, which provided nurses at the prison, should review the clinical practice of the nurse involved, consider whether she requires further training, and whether her actions on June 18th 2020 require discussion with the Nursing and Midwifery Council.

Prisons Minister, Victoria Atkins, said: “The tragic events detailed in this report should quite simply never happen to any woman or child, and my deepest sympathies remain with the mother.

“We have already implemented the report’s recommendations and important improvements have been made to the care received by pregnant women in custody. We are also looking at how we can better screen for pregnancy in jails so no woman falls through the cracks.

“But there is clearly much more to do to ensure expectant mothers in prison get the same support as those in the community – something I will continue to prioritise.”

The Prison Service and the NHS have accepted the Ombudsman’s recommendations and produced an action plan setting out how they will be implemented.

HMP Styal holds up to 486 women. There is a variety of residential units, with 16 separate houses each holding about 20 women, and a mother and baby unit. Spectrum Community Health runs healthcare services at the prison.

A spokesperson from Spectrum Community Health CIC said: “We extend our deepest condolences to Ms B for the distress and sad loss that she has experienced.

"Spectrum accepts the findings of the Prison & Probation Ombudsman contained in their recently published report into this case. Spectrum is fully committed to ensure that lessons are learnt and that recommendations in the report are acknowledged and actioned following this tragic incident.

"We are working closely with all our staff and partners at HMP Styal to further enhance the care and support women receive when entering into the prison environment.”

An NHS spokesperson said: “We send sincere condolences to Ms B on the tragic loss of her baby. The NHS has already taken prompt action on the recommendations in this report so that pregnancy tests are offered to all women when they arrive in prison as well as ensuring staff undertake training to identify early signs of labour and know what to do in the event of an unexpected birth.”

In September last year another critical report was issued by the same Ombudsman who found a 18-year-old prisoner gave birth in her cell alone at night and her calls for help went unanswered.

The baby was dead when officers at HMP Bronzefield, in Surrey, run by private contractor Sodexo, discovered what had happened on their rounds the following morning.

The young mother, Ms A, had woken in the early hours to find she had delivered the baby, and bit through the umbilical cord to free the child.

She put the placenta in the waste bin in her cell and used her cell bell to let officers know what had happened, but no one responded. A call the previous evening asking for a nurse had gone unheeded.